Who owns the Elder Wand in “Fantastic Beasts And Where To Find Them”?

In Fantastic Beasts And Where To Find Them, when Tina disarms Graves,

does she then become the owner of the Elder Wand?

Grindelwald owns, as in physically possesses, the Elder Wand.

In the promotional picture for the next movie in the series, Fantastic Beasts: The Crimes of Grindelwald, Grindelwald is seen holding the Elder Wand. 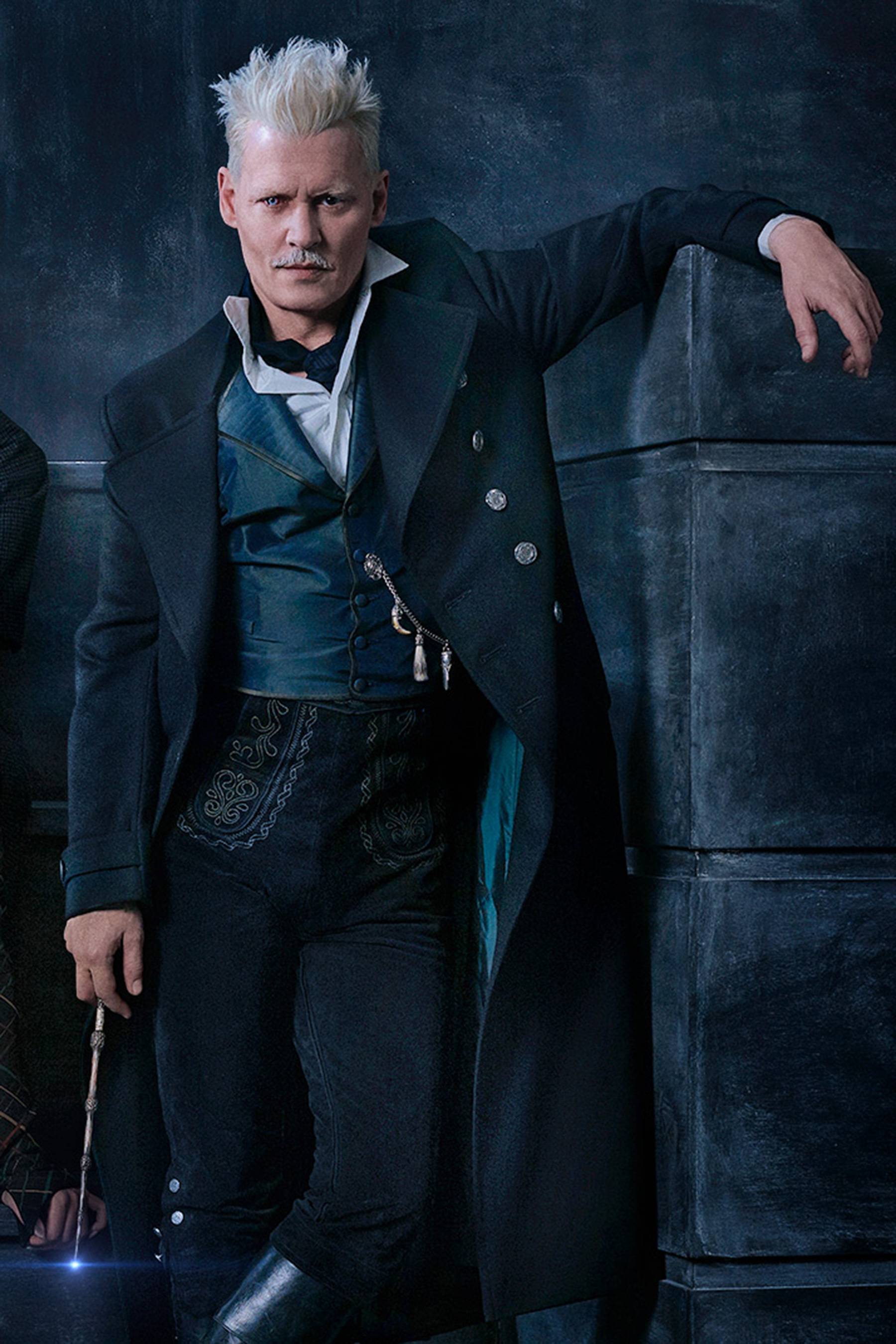 This doesn’t show whether he’s the master of the Elder Wand, but it shows that he has the Elder Wand. That he has it is referenced on Pottermore, in one of their pieces giving information on the next movie.

Grindelwald has the Elder Wand
In this new photo, Grindelwald is seen holding the familiar, textured wand we recognise from the Harry Potter films. From the books, we know that Grindelwald stole the most powerful wand in the wizarding world from the wandmaker Gregorovitch quite early on in his reign of terror.
Everything we know about Fantastic Beasts: The Crimes of Grindelwald so far, Pottermore

He’s also seen holding it in the second trailer released for Fantastic Beasts: The Crimes of Grindelwald, which is referenced in a news release on Pottermore.

Grindelwald has the Elder Wand

Well, that settles that. The Elder Wand, one of the three Deathly Hallows, is definitely in Grindelwald’s possession during the events of this movie. There is simply no mistaking its recognisable berry-esque carvings that we remember oh-so-well from the Harry Potter films.

So, at the time of Fantastic Beasts and Where to Find Them, Grindelwald physically possessed the Elder Wand and seems to be using it as his own, though we don’t know yet if he’s its true master.

It’s not confirmed yet, but Tina probably isn’t the Elder Wand’s master.

It’s unlikely that Tina would have changed the Elder Wand’s mastery, since she didn’t “win” over Grindelwald. Grindelwald dropped the wand he had been using, and Tina summoned it away. She neither Disarmed him using Expelliarmus, nor did she wrestle the wand from his hand.

“With a sense that he’s been holding this one back, he slashes it through the air: out flies a crackling rope of supernatural light that wraps itself around GRAVES like a whip. GRAVES tries to hold it off as it tightens but staggers, struggles and falls to his knees, dropping his wand.

TINA
Accio.”
- Fantastic Beasts and Where to Find Them: The Original Screenplay

Grindelwald likely would have had mastered the Elder Wand himself before his encounter with Newt and Tina, so if he did, the mastery of the wand would likely be with either him or Newt. To get the Elder Wand, Grindelwald had broken in, Stunned Gregorovitch, and stole the wand - Stunning him would likely count as defeating him.

Rowling has said in an interview that the identity of the current owner would be a spoiler, so we can probably assume Grindelwald doesn't have it during the events of the first film (him having it was already shown in the books ave thus wouldn't constitute a spoiler).

What happened to the Elder wand? Where is it? The elusive Elder wand.

JK Rowling: Where is it right now?

JK Rowling: I can't tell you, but you will find out in movie two

As shown by the promotional material cited in Bellatrix's answer, Grindelwald likely acquires it at some point during the second movie, but we really don't know who has it before that point.

The person holding the Elder Wand at the end of the Crimes of Grindelwald trailer is holding it in their left hand. Grindelwald appears to always hold it in his right. Also, you’ll notice the carriage is still being pursued by Aurors in the background, bottom left.

2
Why does Grindenwald still posses the Elder Wand?
25
What wand was used by Mr Graves at the time of Fantastic Beasts?
7
Why does Newt Scamander use Accio instead of Expelliarmus to get the bad guy's wand?