When does The Expanse take place?

When does the sci-fi book and TV series The Expanse take place?

The timeframe for the series is, presumably intentionally, left vague.

The world of The Expanse started as a tabletop RPG run by Ty Franck (one of the authors writing the book series behind the pseudonym James S. A. Corey). This RPG was called "2350", and was presumably set in that year. (An anonymous Wikia user claiming to be Ty Franck heavily implied that this is the case.)

The TV series was first pitched as “[a] thriller set two hundred years in the future”. The same anonymous user suggested this was a marketing tagline and not canon, which seems likely if we look at the evidence; we can at least work out a timeline from the novels, by going backwards from what we know.

So Mars was colonized some 60 to 90 years prior to the beginning of "Drive". (depending on whether or not we think life expectancy has risen or fallen on The Expanse's technologically advanced, albeit polluted and criminal, Earth). Ten years later, Solomon invents the Epstein drive.

Leviathan Wakes takes place around 150 years after the invention of the drive, according to that novel's opening paragraphs. In the sixth episode of the second season of the TV show, "Paradigm Shift", we learn that that episode takes place 137 years after Epstein's first (and last) voyage with his drive. 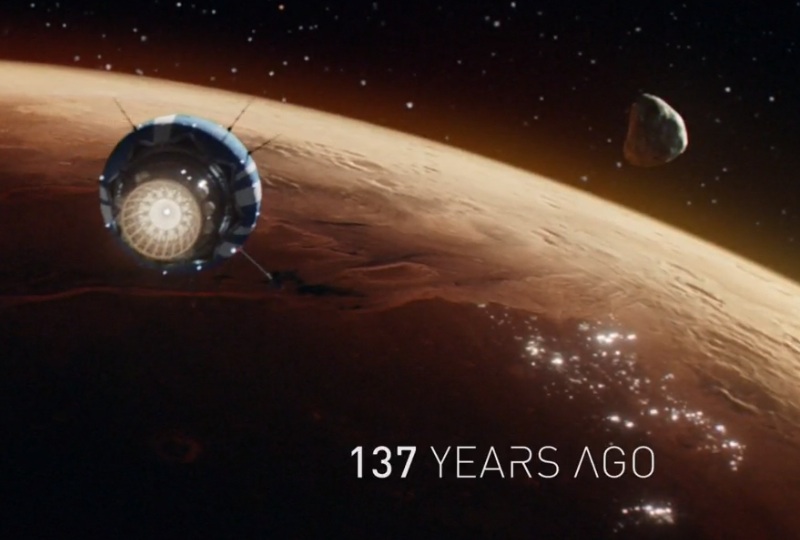 So that'll put it around 200–250 years after Mars is colonized. We also learn in Leviathan Wakes that it's already around 100 years since the Canterbury helped colonize the moons of Saturn, so we know humans established colonies outside the Asteroid Belt 120–150 years after they colonized Mars.

So if we take an educated guess at how far in the future a colony on Mars is, we can pretty much estimate the time frame of the series from there. It also depends on whether or not we believe NASA will get more funding some day, or if we have to rely on private ventures such as Mars One or SpaceX. Of course, private companies versus governments is actually a theme in the books, but I'll have to reread the books to get an impression of whether or not Mars was privately or publicly settled. The fact that the UN has Mars under its heel in "Drive" makes me lean towards publicly, though.

Mars One claims that a Mars colony established in 2032 is feasible. Their roadmap isn't drastically different from that of SpaceX. NASA, however, plans manned missions (not colonies) to Mars in 2035.

Now, the authors of The Expanse and The Martian recently decided that their novels take place in the same universe. We know that The Martian takes place in 2035, which fits with NASA’s real world estimate. This has been clarified as a joke by the authors.

We also know that the seas have risen on Earth due to climate change and global warming. We don’t know how much exactly but someone (me) approximated it to between 9 and 13 meters in this answer.

Although this is a well known matter of contention (and we don’t know what sources the authors used), according to some sources, the sea could rise 50 feet by 2500. That’s about 10 feet per century, luckily, and 9–13 meters is 29–42 feet. Following that specific projection, that puts the book series in the 2290–2420 range. Again, this is just one study – most of the other studies I found actually had similar numbers, but didn’t extend beyond the 2100s in their projections – but it fits.

So, all in all, the series would have to take place at least 240–270 years in "our" future – likely more. Ty Franck putting it at 2350 seems plausible, and fits with projected real-world scenarios like Mars exploration/colonization and global warming.

The question (which is, I am aware, my own) asks about both the book and TV series, and my answer so far has used sources from both. However, they don't necessarily take place in the exact same timeframe, of course. Indeed, the opening text in the show says the following, as is pointed out in John Freund's answer:

In the 23rd century, humans have colonized the solar system

2350 is in the 24th century, not the 23rd. Three possible conclusions can be drawn here:

The first possibility seems the simplest at first, but it's actually contradicted in the show itself. The first season can't take place in the 23rd century, since the crew of the Rocinante drink from this bottle after the Eros incident: 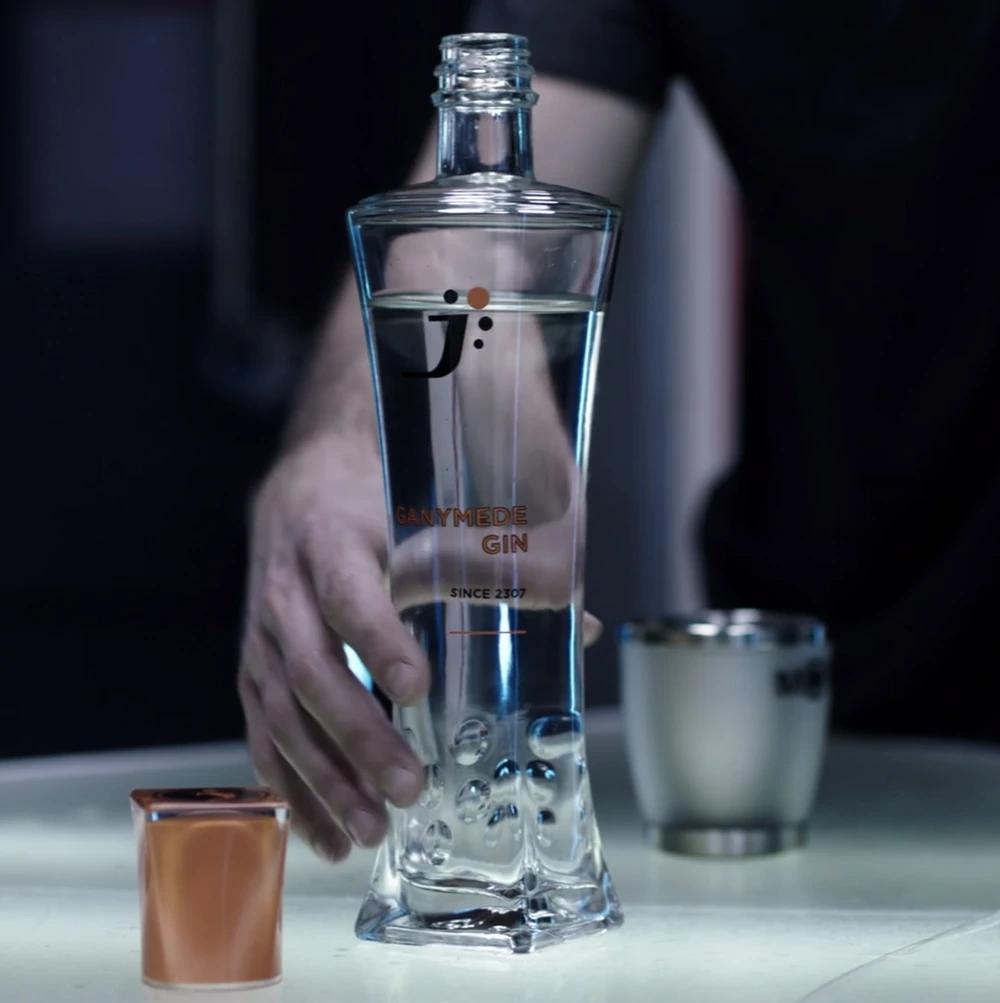 Of course, the prop could be mislabeled, so the mistake is there rather in the introductory text...

As to the second possibility, it seems crazy that the writers of the show would make a mistake like this (and that the authors of the books, who serve as executive producers, wouldn't catch it), ie. conflating the 23rd century and the 2300s, but it's possible.

The third possibility, aside from the awkwardness of the present tense to talk about a past event, fits with my timeline above. If the Epstein accident occurs 137 years before 2350 (circa), then that's in the 23rd century, and the invention of the Epstein drive was what enabled humans to colonize the solar system.

So I don't have a definite answer to whether the TV show and the book series take place in the same timeframe, but they might.

Or who knows, maybe it took longer to colonize Mars in earnest after Mark Watney's trip.

We can also work it backward assuming Leviathan Wakes takes place in 2350. Then 150 years earlier, Epstein is invented in 2200. 90 years before that 2110's is when Mars was being fully colonized most likely after the invention of regular fusion drives (Pre-Epstein).

So perhaps, Mars was explored occasionally or in a small scale for 70 years (ie with our current technology)before the invention of Fusion drives thus prompting a rush from the nations of Earth to "pour their entire economies into space travel" and thus the true beginning of the colonizing of Mars and Luna around the 2100's. with the Belt being colonized heavily during the 2200's.

The TV series looks to be around 2215. At the very beginning it states that it is the 23rd century.

In the 23rd Century humans have colonized the Solar System 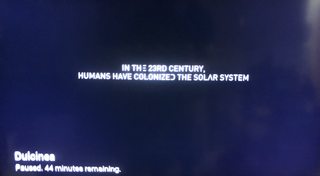 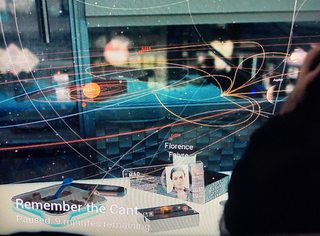 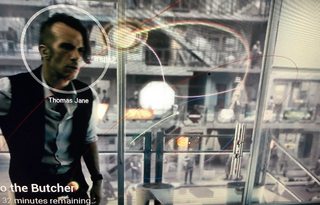 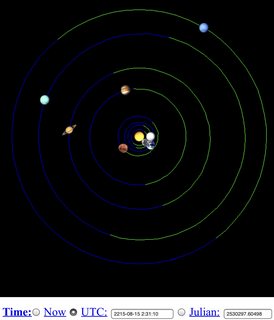 Not the answer you're looking for? Browse other questions tagged the-expanse-2015 the-expanse-novels or ask your own question.

55
Are "The Expanse" and "The Martian" set in the same universe?
14
In The Expanse, how high did the water rise on Earth?
8
How much time passes between each novel in "The Expanse" series?