Can Darth Vader "feel" his prosthetics?

After Luke cuts off Darth Vader's hand in Return of the Jedi, Vader cries out. However, I can't tell if his yell is due to an artificial sense of pain or just due to shock or some other psychological factor. That led me to wonder, is there any legends or canon material that indicates whether Darth Vader has an artificial sense of touch in his prosthetics? It seems as though coordination and fighting would be very difficult without any feeling in his artificial limbs. If he had no sense of feeling in his prosthetic limbs, did it impact his fighting abilities?

According to the Star Wars: Blueprints - The Ultimate Collection, Vader's 'cybernetic prosthetics' interface directly with his nerves. We can be reasonable certain that like Luke's hand and Anakin's original robotic hand, Vader's prosthetics also offer some level of tactile feedback. 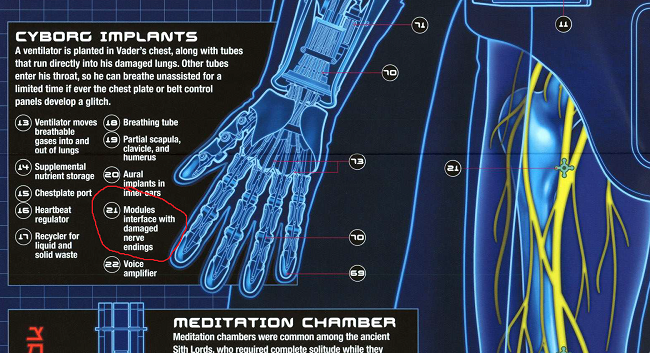 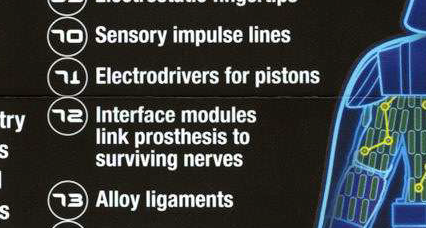