Are there X-Men with mundane powers?

We all know the "cool" X-people

And so forth. (I realize I'm oversimplifying their powers.)

However, genetics don't work in the interests of awesomeness. Are there X-people with more, uh, mundane powers? Like, a person can grow hair really fast, or has really strong fingernails, or can hold his/her breath for extra long (like 20 minutes vs. the usual 3 minutes), or can make things moist. Powers that, while useful to a degree, are ultimately fairly mundane.

Charles Xavier sought out mutants whose power, in his opinion, meant those mutants were destined for greatness with the proper development. Those mutants he sought to enlist were those whose powers could transform the world. I would first suggest that Charles Xavier was not looking for mutants with mundane abilities.

I suspect useless or less useful mutations do exist, many of them were associated with physical disfigurements and were known to hide underground with the Morlock population. Other such enclaves of lesser capable mutations have been known to exist and several attempts have been made to allow lesser mutants an opportunity to exist in the open such as Asteroid M and Genosha).

Mutants with questionable mutations include:

Maggot: whose digestive system was made up of twin maggot-like creatures which could act independently of his body and could consume most matter. He was also capable of psychometic abilities. 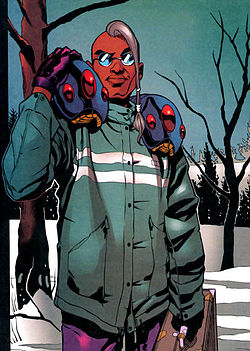 Chamber: his mutant ability allowed him to project energy from a hole where his lower jaw should have been. Unable to eat or drink, he was sustained from this psychic energy. Depowered during M-day, his body was repaired and he gained new powers later. 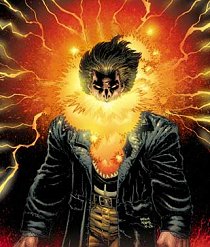 Stacy-X: a mutant whose powers included pheromone control and a snake like skin. Now called Ripcord she uses technology to augment her formidable fighting abilities. 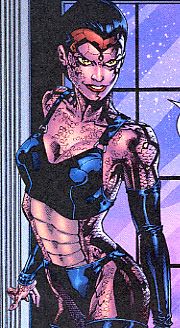 Husk: a mutant whose powers required she shed her skin to activate her power and release an unknown ability. The power was often of a defensive nature, increasing her strength or durability to varying degrees. 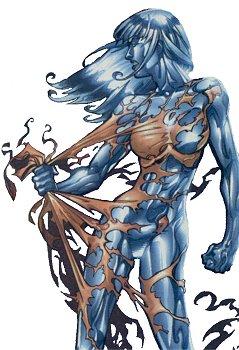 Cypher: Started his career as one of the physically weakest mutants known. Because of the passive nature of his power, Xavier hoped he could pass unnoticed among humans but was later recruited by Emma Frost's Massachusetts Academy. He later died, but got better. He was semi-telepathic and a clairvoyant omniliguist, capable of speaking any language he came into contact with, whether it be spoken, written, computerized or even kinesthetic (body language). As he developed with a variety of unusual experiences, he can now also read weaknesses or flaws in any structure, technique or ability. With the addition of the techno-organic viruses within him, he is now one of the most formidable mutants alive. 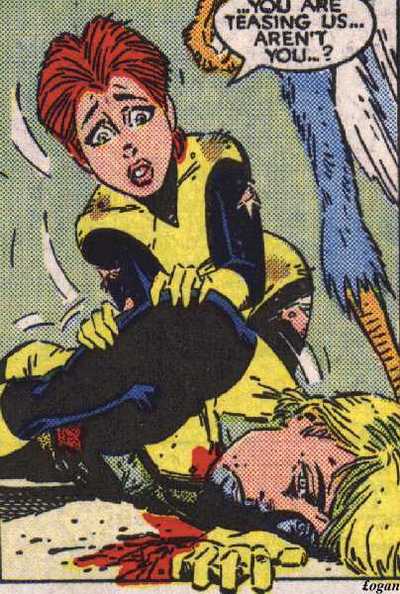 Marrow: A mutant whose abilities allowed her to remove bones from her body providing her with clubs, knives and acting as body armor. Depowered during M-day. Her disfigurement remained. 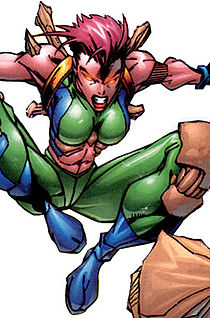 Domino: Her power is the manipulation of probability fields that affect a person's luck. If you were her opponent, her luck improved, your luck got worse. Strangely enough she chooses a life as a mercenary and is amazingly successful. Lucky, I guess. 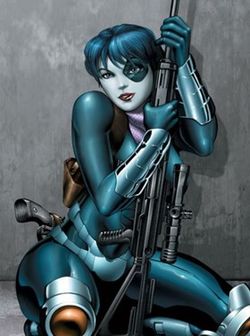 There are many other X-men whose initial power pedigree left something to be desired. Jubilee (energy plasmoids resembling fireworks), Rogue (touch stole consciousness and later superpowers), Gambit (power converts matter to energy, likely a problem during puberty), Mystique (mutable appearance), Nightcrawler (physical appearance), Skin (mutable skin, ugh) but it is not just the mutation, but the training that makes the difference in how the power is used, perceived and developed. There are probably not enough of the kind of examples you are looking for, but if their powers were too mundane, they would probably never grace the pages of the X-men.

Yes, though I've limited my search to the remaining mutants after M-day, this is the only ones I've found:

Kylun is a mutant who possesses some animalistic physical characteristics, such as fur, sharpened teeth, and a lion like nose and eyes. He also has the ability to use his vocal cords to replicate any sound he has heard.

There's Squirrel Girl, who has squirrel-like physical abilities and can control squirrels. She defeated Dr. Doom when Iron Man couldn't, so I don't know if she's mundane enough to fit your criteria.

Although not an X-Man, Sammy Paré was an student at the Xavier Institute for higher learning. His mutant ability was the ability to speak and breathe underwater.

5
Are there any heroes/villians with only super weaknesses?

15
Are Storm's mutant powers plausible?
11
Are mutant powers hereditary?
5
What titles are involved with Avengers Vs X-men?
5
Who are the X-men?
0
Who are the X-Men in X-Men Regenesis?
9
Is there an X-Men character who represents Immovable Object?
23
Which was the X-Men comic where the mutant Santa Claus appeared, and what are his powers?
4
Are there other mutants with secondary powers?
9
X-Men who died because of their powers