In which Deadpool comic does he kill over liking Star Wars prequels?

I read somewhere that Deadpool once killed a man just because he said the Star Wars prequels are better than original series.

I know he's really insane but did he really kill a man over this?

When did this happen?

I believe you're thinking of this scene: 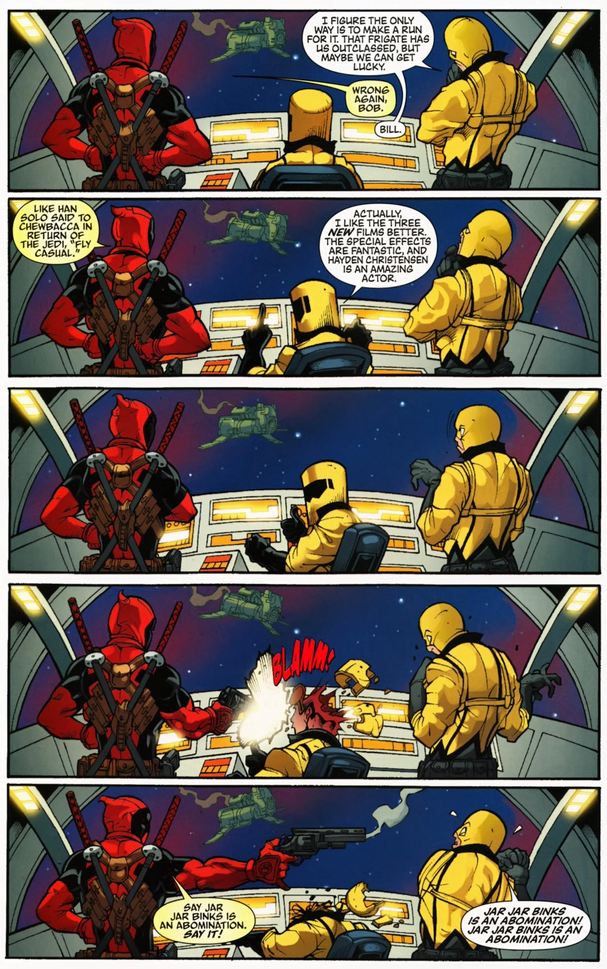 It comes from "Deadpool, Merc With A Mouth #5" 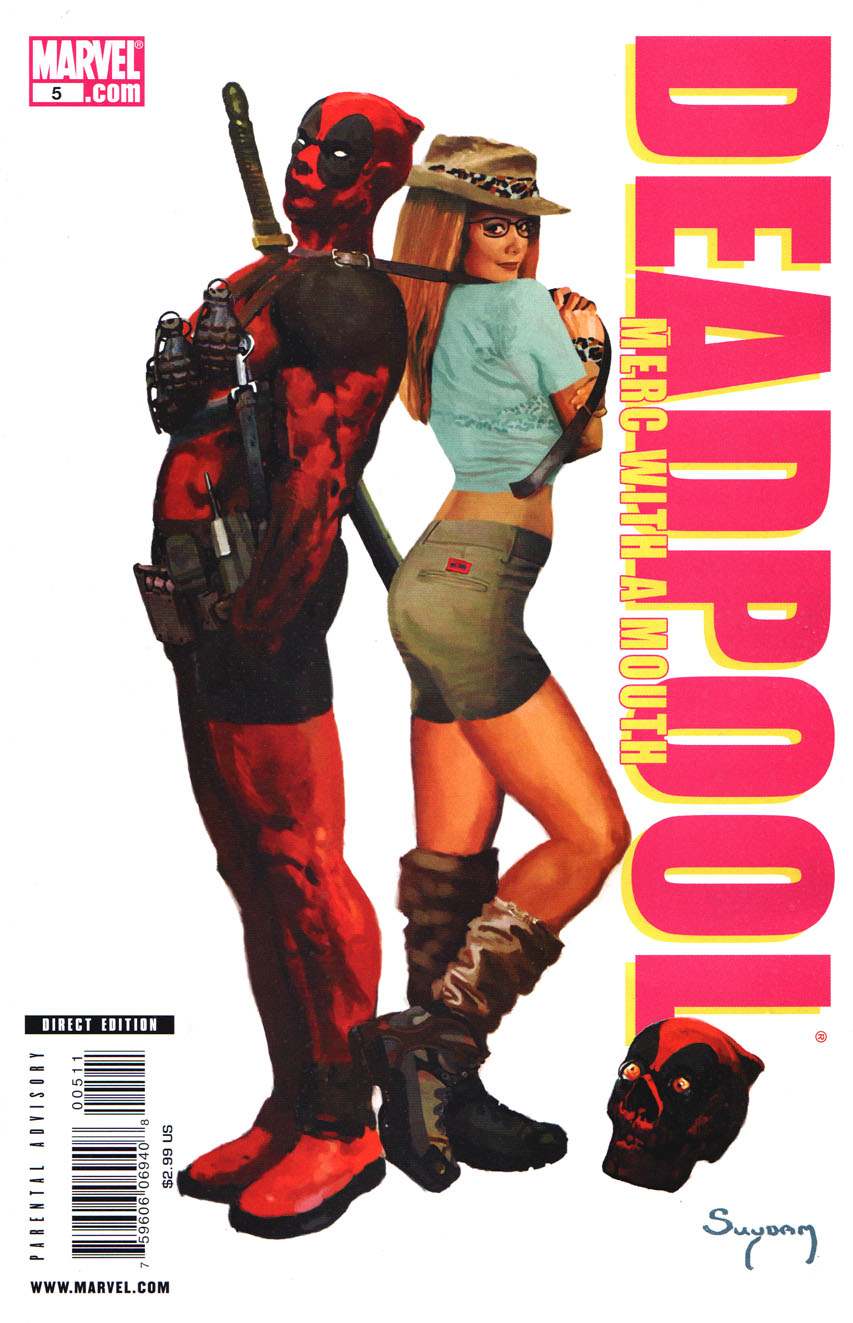 In Deadpool's defense, the guy was a member of AIM, generally considered a terrorist organization of evil scientists and engineers. It wasn't like he was a random innocent guy off the street. And, I mean, fine, he's evil... but if he can't have morals, and can't have some self-respect as a scientist... he could at least have good taste. Liking the Star Wars prequels is really strike three.

Not the answer you're looking for? Browse other questions tagged marvel comics episode-identification deadpool or ask your own question.

1
Has Deadpool survived being killed by burning?
7
In which comic did Deadpool have the face of Tom Cruise?
15
Which was the comic where a kid mistakenly called Deadpool Spider-Man?
19
How can Hank shrink without his Ant-Man suit?
6
Captain Marvel's (Carol Danver) Origin Story comic series?
7
Did Molecule Man really recreate the universe in Secret Wars (1984/1985)?
8
70s-80s DC comic in which a demon devours a man in a Superman costume
10
Comic story arc/issue where Deadpool is eaten by zombies and the zombies all turn into Deadpool clones