Was R2D2 inspired by Daleks?

I know this is a potentially silly question but thinking about how both can fly in the newer versions of their respective franchises (and this animation from the official Doctor Who tumblr), I just have to ask:

Was the R2 design inspired by Daleks?

There is an interesting resemblance, now that you point it out, but at least according to the Wikipedia article:

it seems the character of R2-D2 to be influenced, like many themes in Star Wars, from eastern (Asian) works.

However, the appearance of both droids was not Lucas’s work. He hired the illustrator Ralph McQuarrie, to do the job. From his professional life, there doesn’t seem to be any connection to the BBC, but he could still have been a fan of the show or at least have picked up the picture of a Dalek via some detours. It could be possible for him to have been inspired by the Daleks which appeared first in 1963, while as we know, A New Hope was first shown in theatres in 1977, 14 years later (even if we account for pre-production and planning, and also for the Daleks to reach popularity, there is still enough time).

Still, the interviews I checked coming from {Wookiee|Wiki}pedia didn’t even hint on Doctor Who or any Dalek influence whatsoever. So, since Ralph died last month, my personal conclusion would be if he was inspired by the Daleks he appears to have taken it to his grave (so, we will never know). Unless I missed the relevant interview (which is quite possible).

Ralph McQuarrie has stated in interviews that since the droids in Silent Running were square and boxy, he decided to go the opposite route with R2 and use round shapes.

On p. 37 of The Making of Star Wars, R2-D2 designer Ralph McQuarrie is quoted on his inspiration, with another quote from Lucas:

"The first one I did was Artoo-Detoo and See-Threepio walking across the sand. George had a picture of the little robot from Silent Running [1971]," McQuarrie says. "They were like square boxes with legs. So I thought, Well, if they're square, I'll make mine round, which was like a garbage can with a dome on top. Instead of two legs, I gave Artoo three legs, figuring he'd throw himself forward like a person on crutches. That would be the way he would walk. I picked up some landscape from a photograph [of the Oregon coast] because I liked the cliff, and I just put the sand dunes in."

This article shows the original drawing that McQuarrie seems to be referring to above: 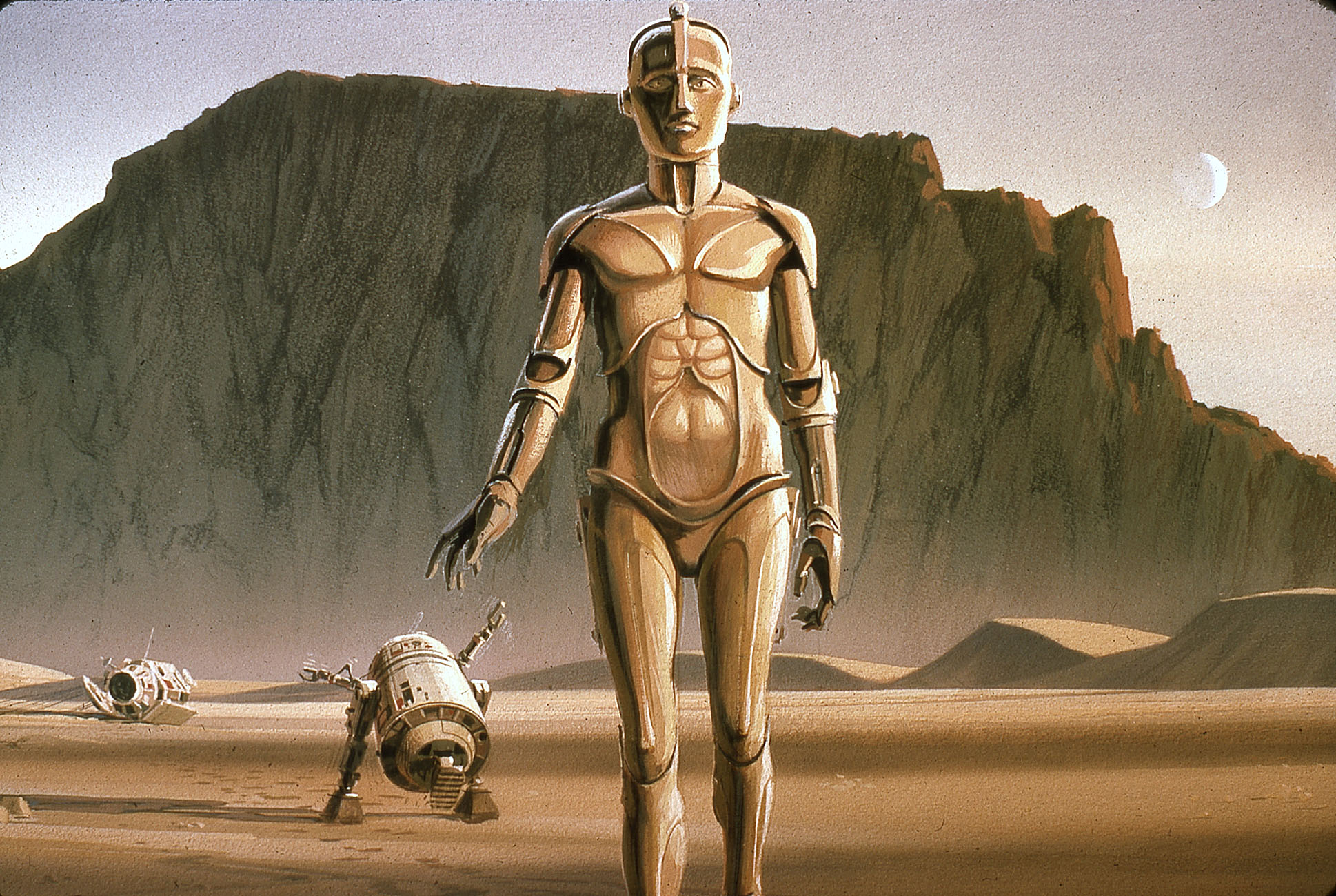 And here's an image of one of the boxy Silent Running robots: 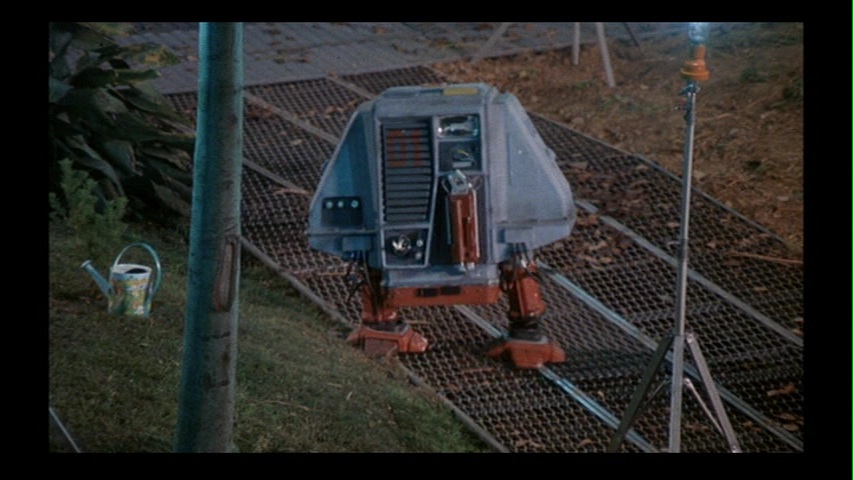 Not the answer you're looking for? Browse other questions tagged star-wars doctor-who dalek inspiration or ask your own question.

27
What was the inspiration for the design of R2D2?