Who is this female character near Aquaman, painted by Stjepan Sejic?

Stjepan Sejic has been announced as the artist and writer for a number of upcoming issues of Aquaman, starting with Aquaman #25.

He's been posting some Aquaman arts lately, most recently this: 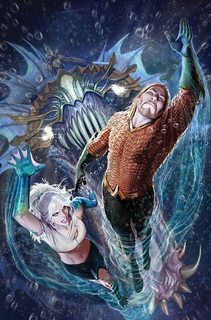 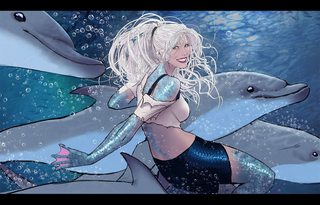 People on Facebook haven't been able to identify her, and Sejic hasn't left a name.

Who is the character near Aquaman? I've never seen her being portrayed near him (not in recent DCAU films, neither in Justice League Unlimited).

Is she a recurring character, or something Stjepan Sejic has invented?

The character in question appears to be Dolphin, a character originally introduced in 1968. She was "adopted" by the Atlanteans after rescuing Aquaman and his sidekick, but she was actually a human girl who had been given gills & webbed hands/feet through an alien experiment. 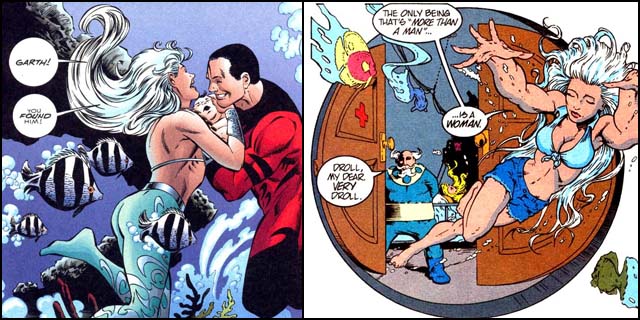 She was a romantic interest for Aquaman for a time while Mera was believed to be dead. When Mera returned, he broke off things with Dolphin and she ended up falling in love with his adopted son Tempest (formerly Aqualad) instead.

Needless to say, their family reunions from that time on were... awkward.

UPDATE: As asked by the OP in comments, confirmed that the webbed hands & feet have been part of the character since her very first appearance in 1968. Apparently artists are just inconsistent when it comes to showing those features on-panel. 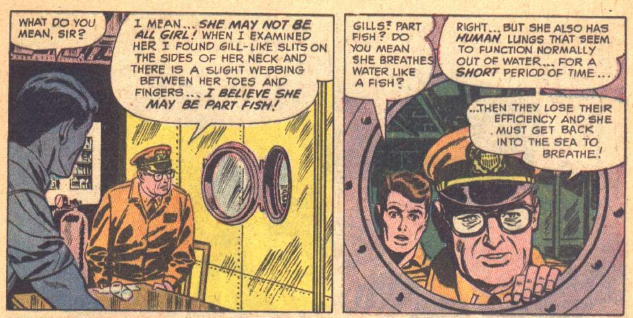 Not the answer you're looking for? Browse other questions tagged dc comics character-identification aquaman or ask your own question.