Is there a reason given in-universe for Orson Krennic's outfit beyond pure ostentation?

Director Orson Krennic dresses in an imperial uniform but in white, plus a rather ostentatious cape. 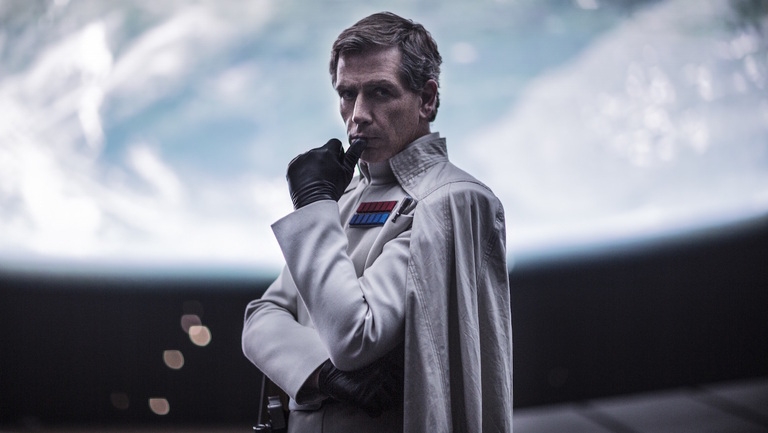 I wondered if this is because the higher-ranking Imperials can wear what they want - Darth Vader and the Emperor certainly have interesting wardrobes - yet Grand Moff Tarkin outranks Krennic and dresses in a traditional Imperial Navy uniform.

Is it white because of his science background? The scientists he meets on Eadu are indeed in white. 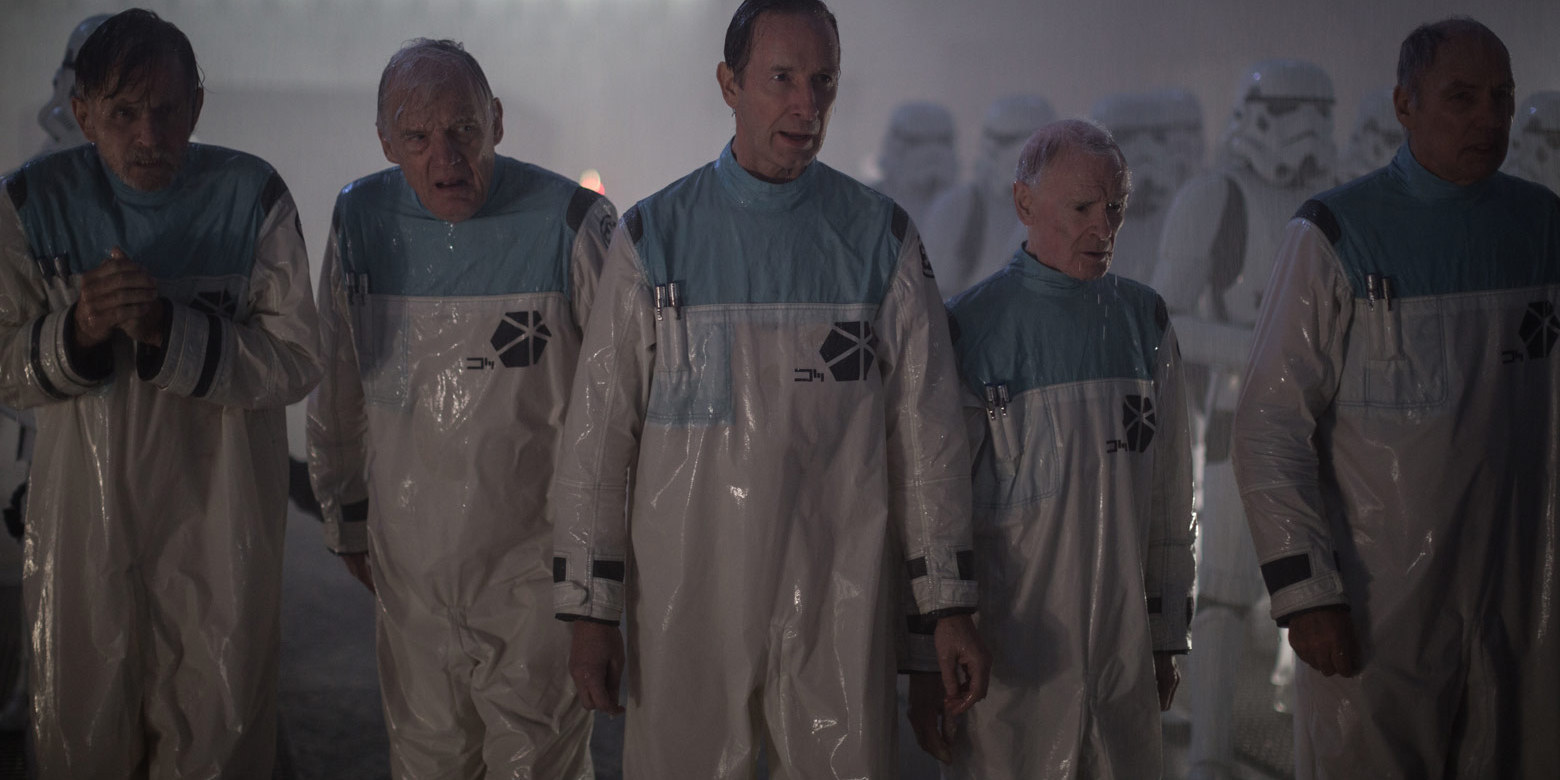 Or is it a nod to Grand Admiral Thrawn? 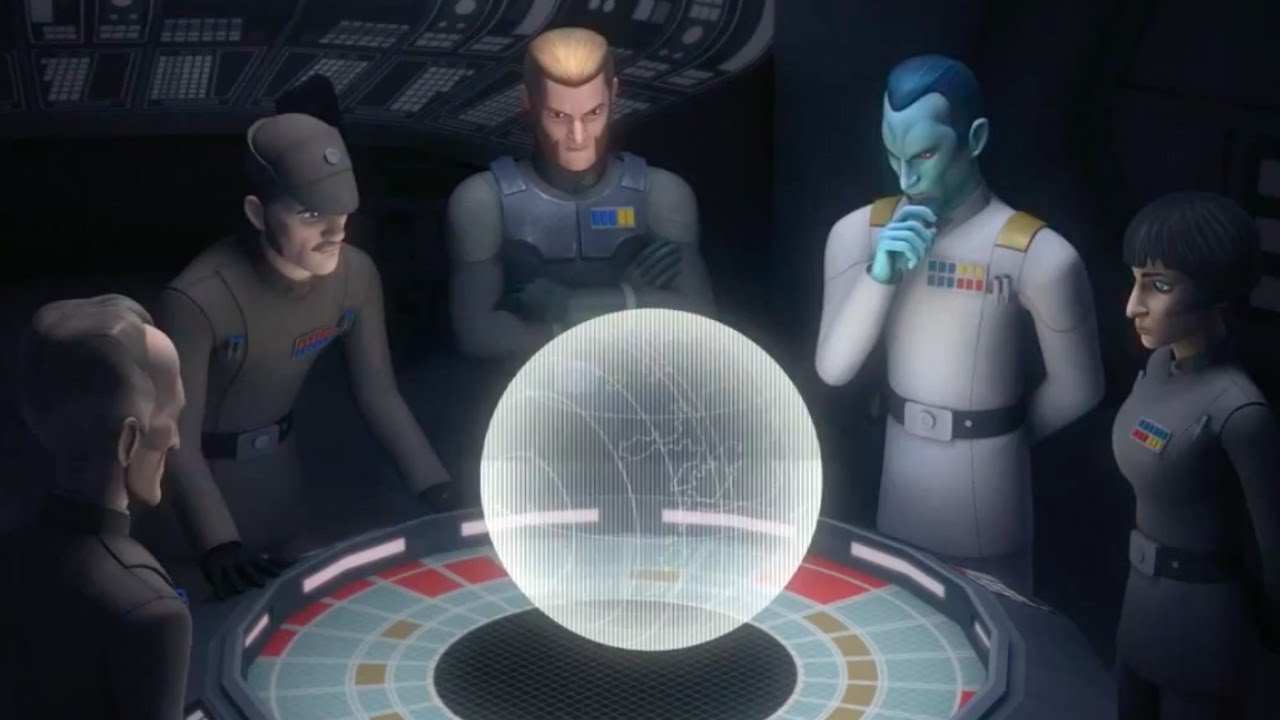 What in-universe reasons, if any, are given for Krennic's adjustments to the Imperial uniform?

not of the principled Coruscanti classes, able to verbally parry and weave in debates

and yet his cape is described as an

All of which suggests a man who's trying very hard through his clothing choices to portray himself as being of a higher class than he really is. Of course, Tarkin and Vader see through this immediately and treat him as a useful subordinate rather than as a potential equal.

This is backed up by the Star Wars Made Easy factbook.

WHY DOES HE WEAR THAT COOL CAPE?

Unlike most of the high-ranking officers in the Empire, Krennic isn't a posh guy from a privileged background. He probably feels like the cape gives him a touch of class. And given that Darth Vader wears one all the time, no one's really going to argue with that, are they?

Star Wars Made Easy: A Beginner's Guide to a Galaxy Far, Far Away

Out-of-universe the design choice was picked to distinguish Krennic from Vader, yet pay homage to the original cinematography

StarWars.com: I asked Gareth about connecting Rogue One visually to A New Hope, and he mentioned how in the opening scene he used an inversion — in A New Hope you have Darth Vader flanked by white stormtroopers, and here you have Krennic in white flanked by black death troopers. Was there more of that throughout the design process?

Doug Chiang: Yeah. I love those inverses, because Gareth always described Rogue One, the storyline, as the inverse of Episode IV. Whereas in Episode IV, you had a farm boy who dreamt of being a warrior, for Rogue One, it was the warrior who dreamt to go back to the home life. So you already have, story-wise, a reversal, and even character arc-wise, a reversal. So it was an idea to play with that visually, and it’s a fun thing because it’s a motif that’s in there. In my mind, when you layer those in there, it adds more depth to the movie.

“WE SET THE BAR SO HIGH”: DOUG CHIANG ON DESIGNING ROGUE ONE

How did Gareth [Edwards] make sure this movie synced visually with Episode IV, which was made 40 years ago? Making inversions was a big tool. “[Episode IV] started with a guy in black surrounded by guys in white. We do the opposite.” 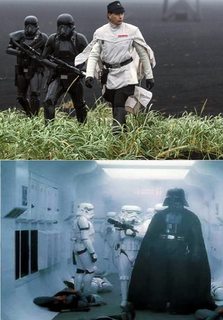 The white uniform wore by Krennic symbolises his membership in the Imperial Security Bureau.

From the canon novel Lost Stars we read that the ISB generally has white uniforms. As for the cape, this is as mentioned below in Valorum's answer, part of his desire for power and will to be in the upper circles of the Empire, as well as to fit his new role of commander:(Emphasis mine)

And so Krennic—attired to suit his new rank of full commander in a white tunic with a white capelet...
James Luceno - Catalyst: A Rogue One Novel

With regards to the tunic:

Quickly, she turned her attention to Captain Ronnadam, who was sitting at his station in the unique white-jacketed uniform of the ISB.
Claudia Gray - Lost Stars, Chapter Eight

Out of the corner of her eye she saw a woman in a white ISB tunic angling across the entryway toward them.

One of them was a white-haired man with a matching mustache wearing the white tunic and insignia plaque of an ISB colonel.
Timothy Zahn - Thrawn

'And if the navy decides to toss you out, the ISB would be more than happy to take you.' He tapped his white tunic. 'I daresay you'd look good in white' Timothy Zahn - Thrawn

A visual example of this is seen with the "Leader" of the ISB Wullf Yularen, from a New Hope, who also wears white. 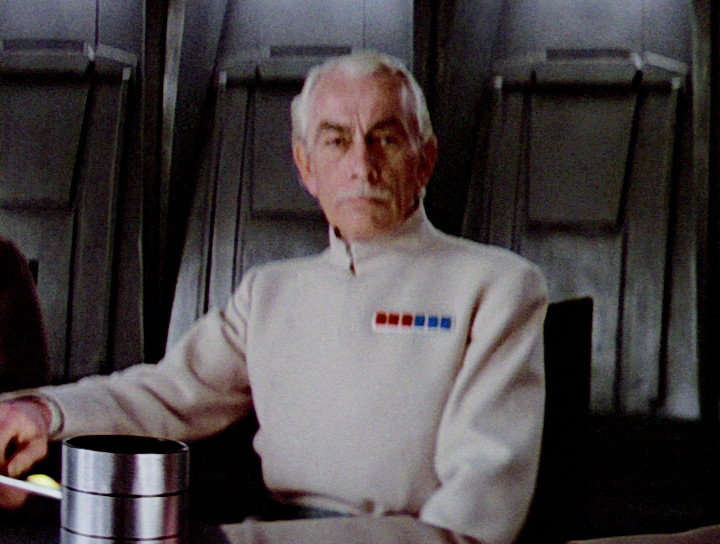 Another example is Alecia Black, a Senior Commander in the ISB. 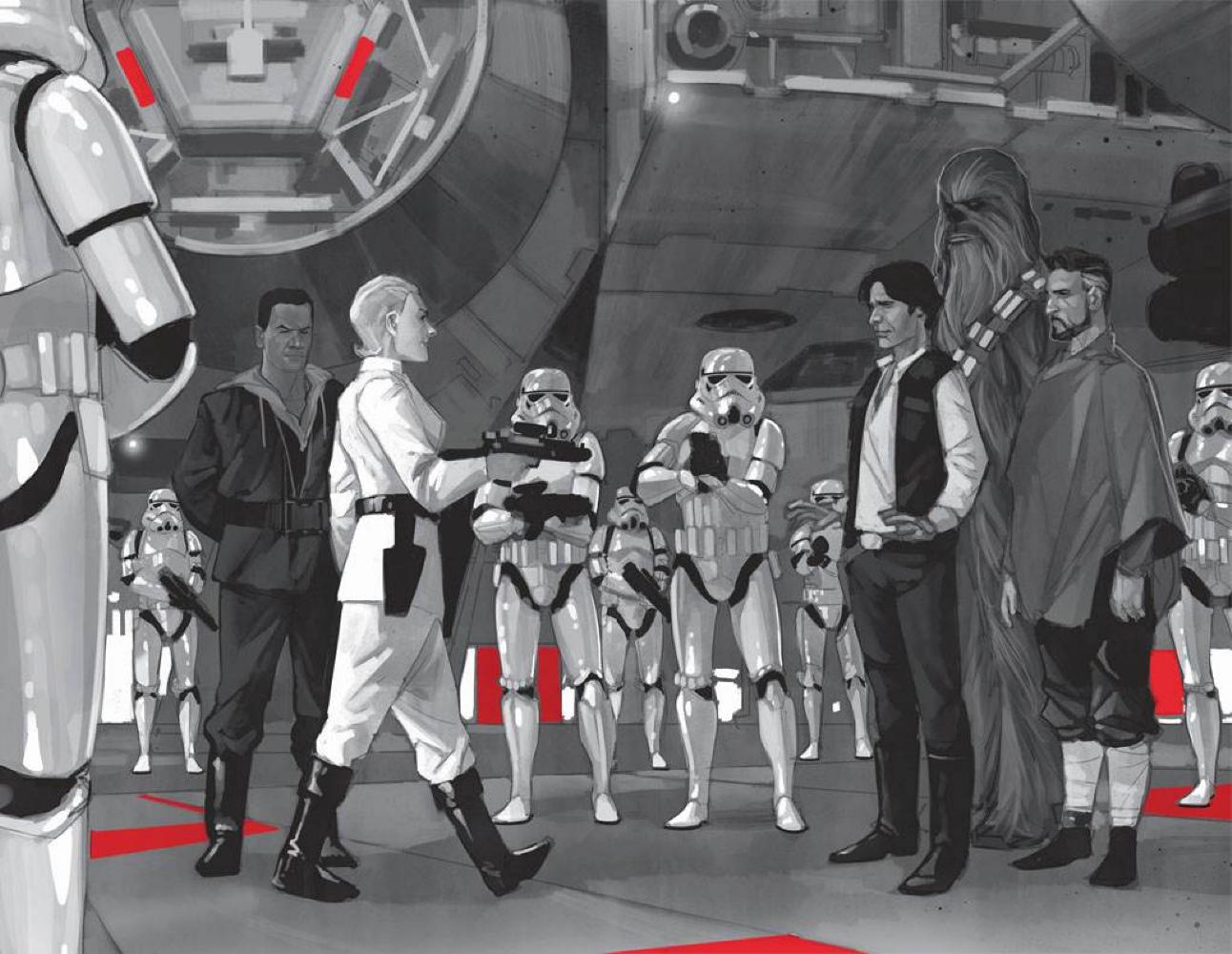 From Smuggler's Run: A Han Solo & Chewbacca Adventure a canon YA novel part of the Journey to Star Wars, The Force Awakens book series