Why is Kirrahe brown? 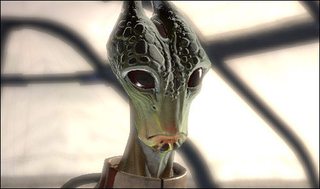 In Mass Effect 3, if he survived, he looks like this: 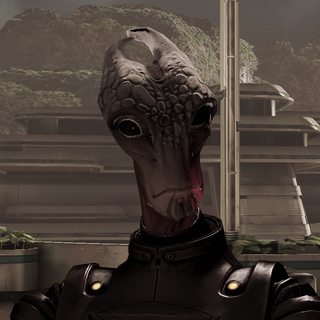 Unlike Shiala in Mass Effect 2, Kirrahe does not have a "Why are you brown?" dialog option.

Why or how did he so drastically change appearance?

I'll accept either in-universe or out-of-universe answers, but for the latter, I strongly prefer well-substantiated information, rather than unsourced speculation about (say) the first Mass Effect's graphical capabilities.

Other than that, the prevailing sentiment is simply that Bioware didn't care too much about the continuity at the time.

6
Why did Saren care about the Beacon on Eden Prime?
13
Why did the Human Reaper look Human?
4
Why were living humans used by the Collectors?
5
Why is the Citadel relay needed?
6
Why didn't the Council attack the geth immediately?
7
Why do the geth use standard drones to control fighters?
4
Why did the Reapers bring the Catalyst to Earth?
1
Why is the krogan genophage dilemma portrayed so inconsistently?
5
Why did the Reapers not harvest other galaxies?