What are the different forms of FTL travel and how do they interact?

The Honorverse includes several different forms of FTL travel, and I must admit I'm confused about the differences.

There's 'hyper', which has different 'bands', each with a different relative speed compared to n-space. This is the most common form of travel I've seen referenced.

Then there's grav waves, which exist in hyper (but not in n-space?) and kill ships under impeller drive (which is still used in hyper) but you can ride them with grav sails.

But in many books they mention ambushes between grav waves (notably in Honor Among Enemies climax).

Essentially, I'm just confused about the different forms and how they interact. Can someone tell me if the above is correct, or explain why not?

There's an additional dimension that's neither space nor time. Under normal circumstances, we do not move in either direction along it. A hyperdrive allows for movement along that dimension. 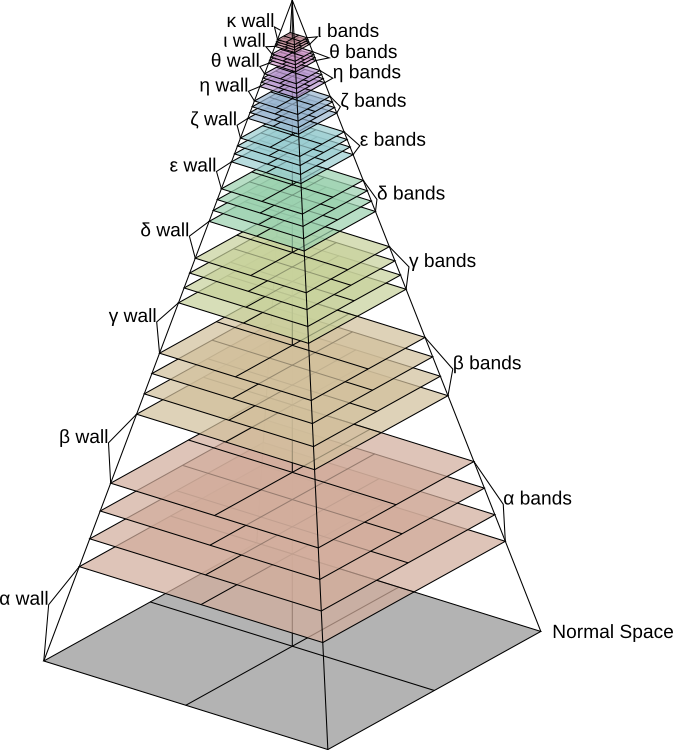 Impeller drives and reaction drives (and presumably spider drives as well) all work the same in most of hyperspace as they do in normal space. The exception is Gravity Waves which cause impeller drives to blow up, and can even damage ships without any gravitic systems if navigated incorrectly. I don't think there's been any suggestion of how they might interact with spider drives.

Gravity waves are distortions of spacetime that occur in the portions of hyperspace other than normal space. They are generally linear structures with a defined 'width' and portions of that width are flowing on one direction or the other along it. These streams within the wave carry charge particles and by using a hyper sail within a stream moving the right direction, and ship can move along it can achieve much higher acceleration than under impeller outside the wave.

So generally speaking, ships move into hyperspace using their hyperdrive, move to the nearest gravity wave under impeller, switch to hyper sail and find a current int he wave going the direction they want, and move along it. If they need to change to another wave, they have to move out of it, switch to impellers, and then traverse the intervening space.

Wormholes are special gravity waves that intersect normal space rather than being confined to hyperspace. The result is that if you go to the right location in normal space, turn on the hyper sails, point in the right direction, and turn on your hyperdrive, you don't move into hyperspace like normal, but instead jump to a distant point in normal space without passing through the intervening space.

The basic impression I got -- hyper is a different dimension, with different relationships between time and space than normal or "n-space." Conventional impeller drive generally works in hyper - its just that the different time-space relationship means you're covering more ground. The bands definitely have an influence on increasing n-space speed but I don't think the books are ever clear on what they are exactly - further dimensions they are transitioning too, likely.

Gravity waves are stretches of turbulence; I get the impression of a very powerful, fast moving current in the fabric of hyperspace. Grav sails allow the ships to safely be pulled along by the waves at greater speeds than they could normally obtain, while regular impeller drive clashes violently with the wave. The waves are naturally occurring and don't go to all destinations, so there are times when a ship must leave the waves and navigate a calm area to reach the destination (or another wave). The lower speeds during these maneuvers make ambushes more effective, plus ships can sit idle in these areas without active drives.

Another interesting point I picked up from the stories - it seems no drive power is needed to simply be in hyper -- only for transitioning to or from it, or movement on impeller drive between waves. So a ship could suffer drive damage that would leave it trapped in hyper. However, it also sounds like search and rescue, EVA, and other normal operations can be performed - a bit unlike the sense of being in a vague "nothing place" with no interaction with others that some other stories give.

The part about ambushes between the gravity waves refers to two points: 1) Within a grave wave you can only use the sails. You can't have sidewalls up, you can't fire a missile. (The impellar drive of the missile would be instantly destroyed by the much more powerful grav wave around it.) 2) Between grav ways, normal impellar rules apply in hyper. So if you are outside a wave you could sit undetected (no impellar signature to give yourself away.) This would allow you to attack ships exiting the grav wave with missiles.

68
Which Sci-fi universe uses the most forms of FTL (Faster Than Light)?
21
How do Star Wars hyperdrives work?
4
Which SF Universe Was the First to Have Multiple Forms of FTL?
7
Is each Hyper layer a discrete and singular space?

27
How is the FTL drive supposed to work in Star Trek?
61
Is there FTL travel in the "Alien" franchise?
4
What is the work that had FTL travel but no FTL communications?
11
Which Sci-Fi work introduced the idea of "FTL Travel"?
68
Which Sci-fi universe uses the most forms of FTL (Faster Than Light)?
4
Which SF Universe Was the First to Have Multiple Forms of FTL?
4
What is the nature of the Guild's superluminal travel?
8
What are travel times of Andromeda's Slipstream?
7
Is each Hyper layer a discrete and singular space?