Who was it in the black and white photo on The Doctor's desk?

In Episode 1 of Series 10, "The Pilot", the Doctor has 2 photos on his desk in the university: one large colour photo of River Song and a smaller one in black and white. 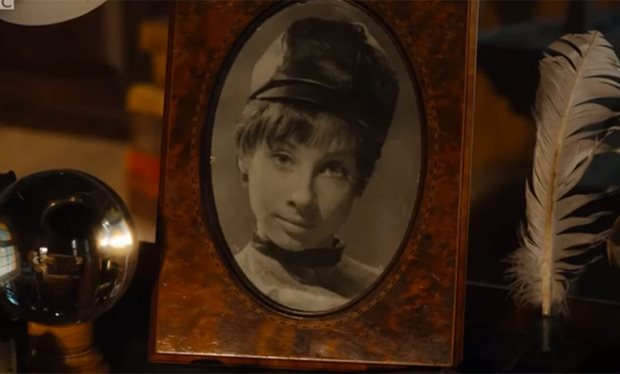 So who was it in the black and white photo on the Doctor's desk?

Susan Foreman, granddaughter and very first Companion to the Doctor.

The photograph seen in "The Pilot" appears to be a cropped and re-backgrounded version of this one, which according to Wikipedia is a copyrighted BBC "publicity still": 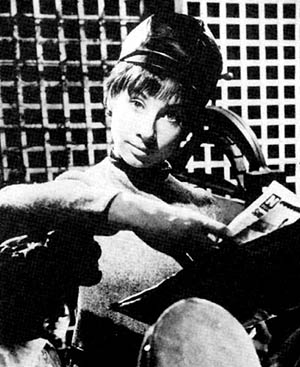 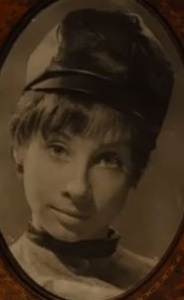 The first episode of Series 10 has long been marketed as a "brand new start", an episode like "Rose" or "The Eleventh Hour" where someone new to Doctor Who could start watching and understand everything without needing extra context or background. So it makes sense to include callbacks to "An Unearthly Child", the first episode ever, and by extension to the first Companion ever, whose Companionhood even predates the show itself.

Also, the new Doctor-Companion relationship, from what we've seen of it so far, feels much more like Old Who than New. Instead of a handsome, young-looking man who gets women falling for him left and right, we have an old, wise, slightly grumpy man who takes a much younger woman under his wing as a pupil. It's early days yet, of course, but right now the Capaldi-Bill dynamic feels much more like Hartnell-Susan than, say, Tennant-Rose or Smith-Clara.

Although correctly identified as Susan Foreman, from the very first ever Doctor Who, the two photos together are very significant.

It shows the Doctor with photos of his family on his desk. Not just companions.

That is Susan Foreman, the Doctor's first companion and granddaughter. BBC America has more information on her, including what appears to be this very photo.