Did the condition of house elves really improve after the initial defeat of Voldemort? In what way?

When Dobby first meets Harry, he mentions how much better life had vecome for house elves after the vanishing of Lord Voldemort.

“Ah, if Harry Potter only knew!” Dobby groaned, more tears dripping onto his ragged pillowcase. “If he knew what he means to us, to the lowly, the enslaved, we dregs of the magical world! Dobby remembers how it was when He-Who-Must-Not-Be-Named was at the height of his powers, sir! We house-elves were treated like vermin, sir! Of course, Dobby is still treated like that, sir,” he admitted, drying his face on the pillowcase.

“But mostly, sir, life has improved for my kind since you triumphed over He-Who-Must-Not-Be-Named. Harry Potter survived, and the Dark Lord’s power was broken, and it was a new dawn, sir, and Harry Potter shone like a beacon of hope for those of us who thought the Dark days would never end, sir. . . .

Harry Potter and the Chamber of Secrets, Chapter 10

However, in further books, it is seen that house elves are still treated very poorly. In Harry Potter and the Goblet of Fire, no one takes Hermione's initiative, S.P.E.W., seriously. High ranking ministry officials like Amos Diggory apparently consider it beneath them to address an elf by its name, as was the case when he addressed Winky. The general consensus, probably even among elves, seems to be that everyone prefers things to stay as they are.

Even Hagrid, who usually tries to ensure the well being of all magical creatures, dismisses Hermione's attempts to make him join S.P.E.W. Probably the only wizards who are show to be pro elf rights are Hermione, Dumbledore, and Arthur Weasley.

Dobby thought differently from others of his kind, so his perception of "better" would be different. It must be noted that Dobby was referring about the condition of other elves improving, not his own. Based on what we see, Dobby's expectations regarding treatment of house elves are far higher than most other elves, which means a significant improvement must have occurred.

In fact, when Voldemort returns to power, it seems as if his beliefs reduce the status of muggles, muggle borns and half bloods to the status of house elves and the like, without affecting house elves directly.

So, did the condition of elves really improve, to the extent that Dobby called it an improvement? In what way? And why, if wizards and elves alike didn't want things to change?

I do not know of any cannon statements that would answer this, so my answer is supposition. Take from it what you may.

Voldemort used his power to make the entire wizarding world "darker" during the First Wizarding War. According to Hagrid:

" [...] this wizard, about twenty years ago, started lookin' fer followers. Got 'em, too — some were afraid, some just wanted a bit o' his power, 'cause he was gettin' himself power, all right. Dark days, Harry. Didn't know who ter trust, didn't dare get friendly with strange wizards or witches... terrible things happened. He was takin' over. 'Course, some stood up to him — an' he killed 'em."

Voldemort used his powers to recruit followers from all walks of life, and nobody could trust anyone; your next door neighbor could be a death eater and you wouldn't know until it was too late. This environment of fear built up until there were no safe avenues for your regular wizard or witch to vent...

...except upon their house elves.

Look at the types of things Voldemort did to house elves. Two examples: first, he implanted a false memory Hokey, the house elf for Hepzibah Smith, to cover up his murder, having Hokey claim that she'd put poison in Smith's tea. Secondly, he forced Kreacher to drink the Drink of Despair, just to test it, then left Kreacher behind. Voldemort obviously didn't think highly of house elves, and his influence would encourage Death Eaters to act toward theirs the same.

Once the threat of Voldemort disappeared, however, things would have gotten better for house elves. Those of evil bent would remain evil, of course, but without the climate of fear generated by Voldemort, the majority of the wizarding world would no longer need to "take out" their frustrations and fears on the only safe target available to do so. This would make the average plight of house elves better.

Well, when Voldemort was in power, his goal was to make pure-bloods the best in the wizarding world and to get rid of all muggle-borns. That probably meant house-elves along with muggle-borns and half-bloods. Also, there is a fountain where wizards are being looked up upon by goblins, centaurs, and house-elves. Or maybe Voldemort was using house-elves to make sure he had good security measures, like what Kreacher had to do for Slytherin's locket. Or other things

Well, this is a pretty difficult answer because there really is very limited canon information on the subject in general and close to no quotes that could make sense.

However, there are two possibilities.

Note: When Dobby said "greatly improved for his kind," he also references he is still treated relatively the same, but there are two reasons it could have improved for other elves.

1: It was no longer safe to be an openly Dark Wizard.

While this is the least plausible of the two,in the days after Voldemort's first defeat, the Aurors were capturing anyone suspected to be a Death Eater or even associated with a known Death Eater. Because it was no longer safe to openly practice Dark Arts, they would probably be forced to treat elves better to save face to the public, at the very least when there were guests in the house.

"Master Regulus told me the Dark Lord required the assistance of a house elf, and Master Regulus offered up Kreacher for the job. He said it was of the highest honor..."

It's safe to say based on this, any of the missions that required someone disposable would fall to the services of an elf. Elves have fears just as humans do (ex: Winky's fear of heights) so many of these missions designed for elves were scary for them, which is also bad treatment.

After the conclusion of the First War, there would be no reason for such missions, and perhaps the elves of Dark Wizards viewed the fact that they were no longer asked to do such horrifying things as better treatment.

2. Most prejudiced Pureblood families were dying out.

Most families that treated house elves unfairly or poorly were dying out. For example, the Malfoy family has only one descendant shown in the books (which isn't a lot compared to the previous sizes of other wizarding families.) See the Black Family Tree. 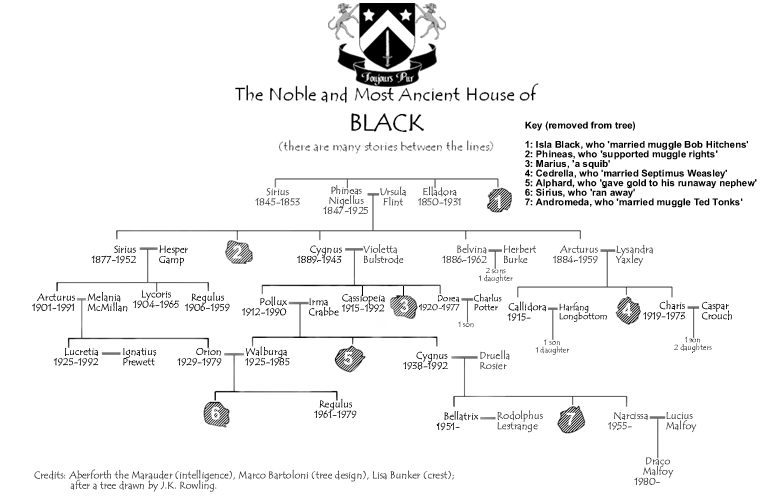 As you can see, Andromeda is burned off, Bellatrix is on the run, Narcissa already has/had an elf with her married family, Sirius is burned off, and Regulus is dead. Beyond Kreacher, the only existing House Elf left, and otherwise there would be no need for a new elf because there is no longer anyone to give one to.

There isn't any other family trees available that are accurate, but since it is mentioned many times over how the Sacred 28 was dying out, we can conclude that this is hold true for all the prejudiced pureblood families.)

Some purebloods were also kind and sympathetic towards elves, such as the Weasleys (and the Potters, although they did not make the list because Potter is a common muggle surname.)

So this would decrease overall demand for a house elf and more free elves (or elves that went to a kinder family) so this would also qualify as better treatment.

I've strayed pretty far off the line, but because it was both important to save face to other wizards and also a decrease in need for elves, that is why the elves received better treatment after the war.

Not the answer you're looking for? Browse other questions tagged harry-potter house-elves dobby or ask your own question.