Whose hand is this in Day of the Doctor?

In one of the best scenes of the 50th anniversary special of Doctor Who, there's one thing which has never quite made sense to me. It may be nothing, or it may be a hint towards some big reveal in a future episode. At about 2:30 in this video, we see a hand come round a corner and grab hold of what looks like a picture frame, followed by Clara moving into the shot: 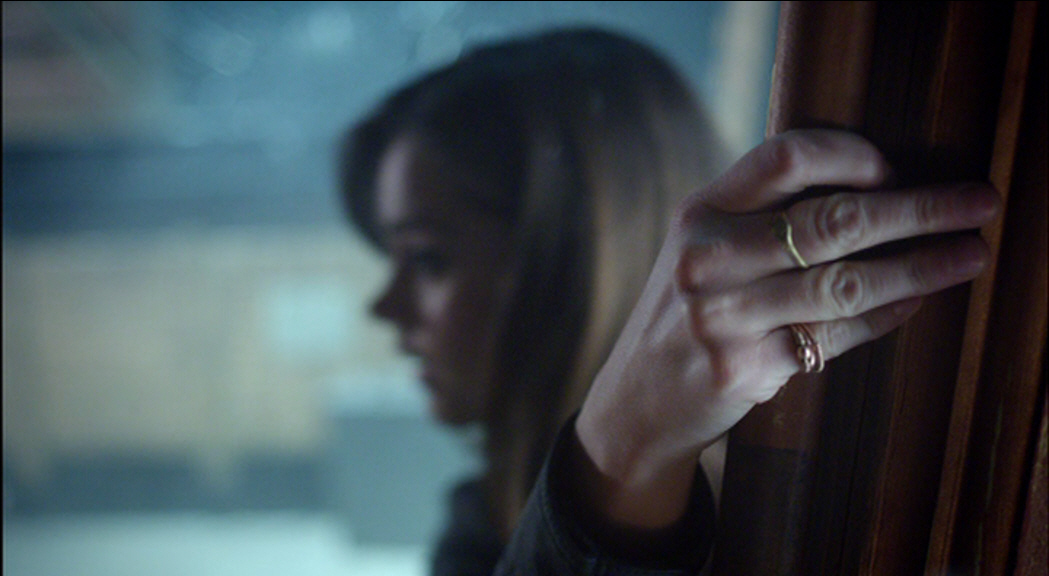 Whose hand is this? It doesn't seem like it can be Clara's, unless she's performing some strange contortion with her arm, and anyway the hand looks older than Jenna Coleman. But it's also not any of the Doctors, since they're too busy "showing off", and the six human/Zygon negotiators are all still standing by the table.

I've got no idea why you think she would need to contort her body in any unusual way to get into that position; it's clearly her right hand, and we can see the position of her right shoulder. It looks as though she has her shoulders square with the camera, her right arm reaching up to grasp the edge of the painting (presumably as leverage to haul herself out of it), and her head turned into the room.

This isn't a difficult position to get into (citation: I just tried it, using a door frame and an office chair), and certainly doesn't require contortionist training. In fact, here I am, miming the position in place (anonymized); it's slightly difficult without something to brace my hand against, but I don't need to turn my head at all: 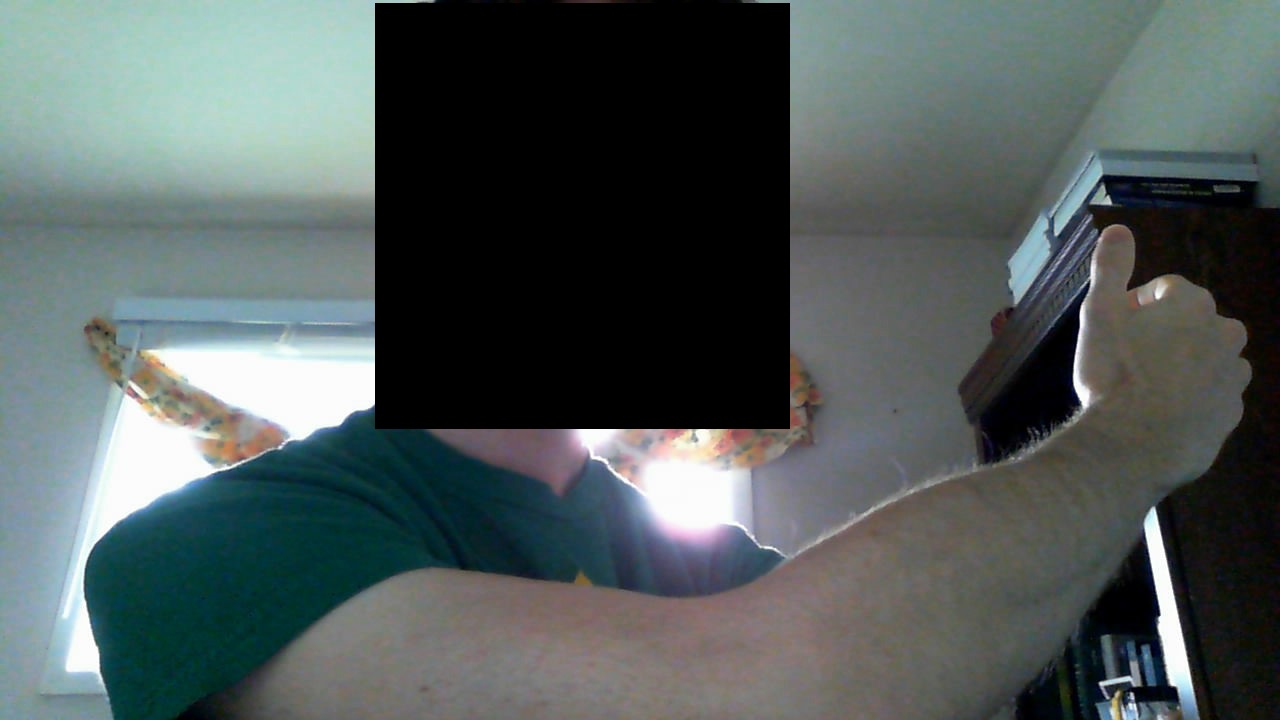 If my shoulders aren't square in that picture, it's because I had to reach my left arm around to hit the "take picture" button on my laptop.

It's not impossible that they used a hand model to get a surreal-looking shot of Clara pulling herself out of the painting, but I don't see any obvious reason to suspect it's anything other than exactly what it looks like. If the shot looks odd for any reason, it's just perspective trickery.

My first guess was Missy, because it's simply what Moffat would do to screw with us. There are even (plausible?) fan theories (1, 2) that try to explain this.

But Googling for doctor who clara right hand, I found what appears to be a promotional image with Clara and Matt Smith's Doctor. Notice that rings are the same, and they're on the same hand (but not on same fingers): 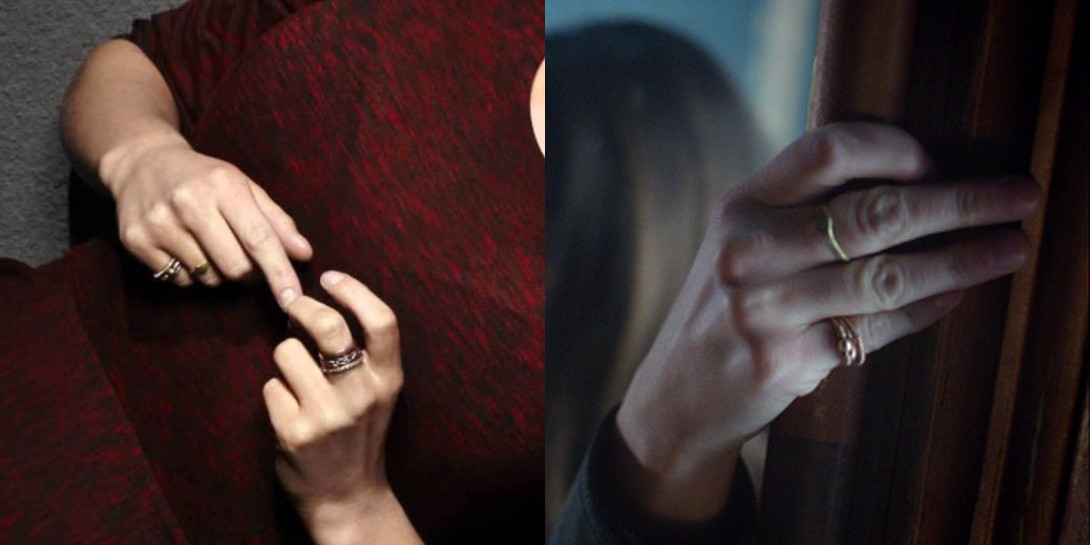 Re-watching that video, I think I understand how she did this: she's coming from the right, grasps the frame, and pulls herself forward. Notice how hair swings forward, just a bit, as if from inertia: 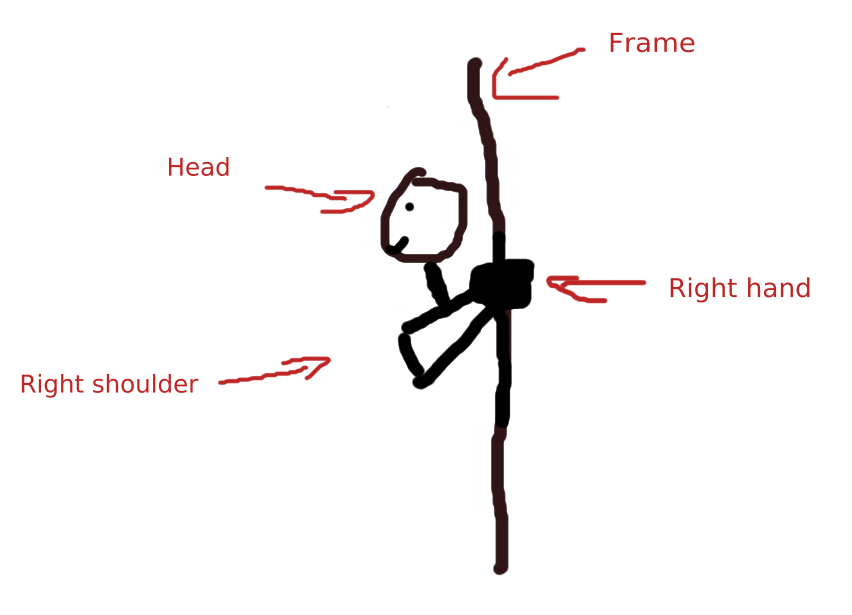 It is Clara's hand. The finger rings and the cuff of the leather jacket match as shown from this still from around 5 mins and 40 seconds into the episode. 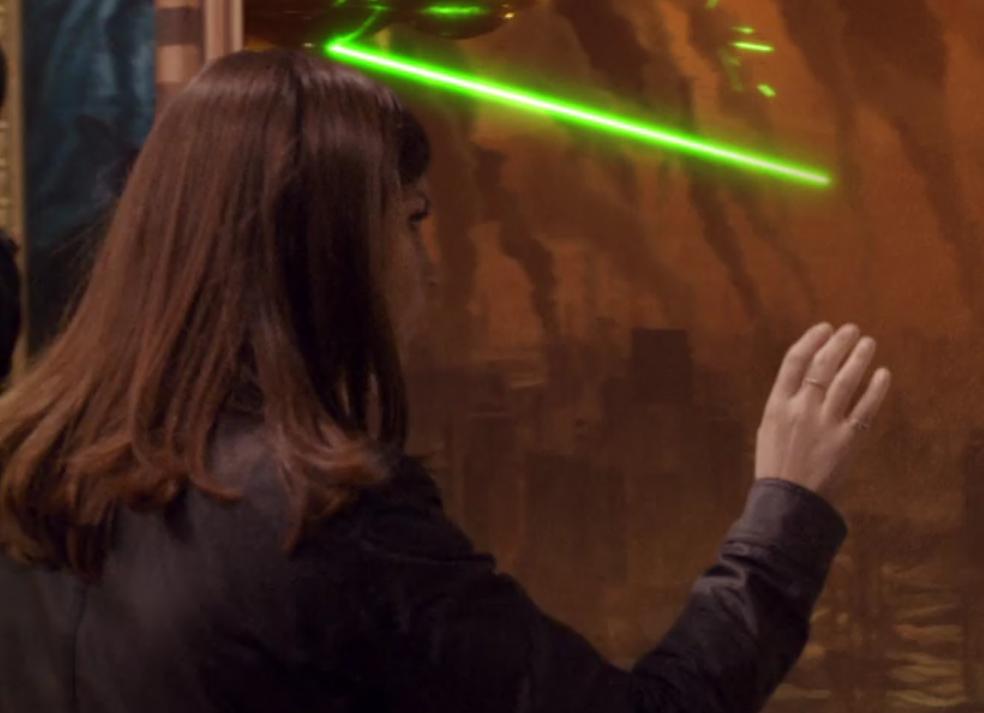 Not the answer you're looking for? Browse other questions tagged doctor-who character-identification the-day-of-the-doctor or ask your own question.