Is there a logo for the Grey Jedi code in the Episode 8 trailer?

Is the following image the logo of they Grey Jedi code or is it something similar that my mind links it to? 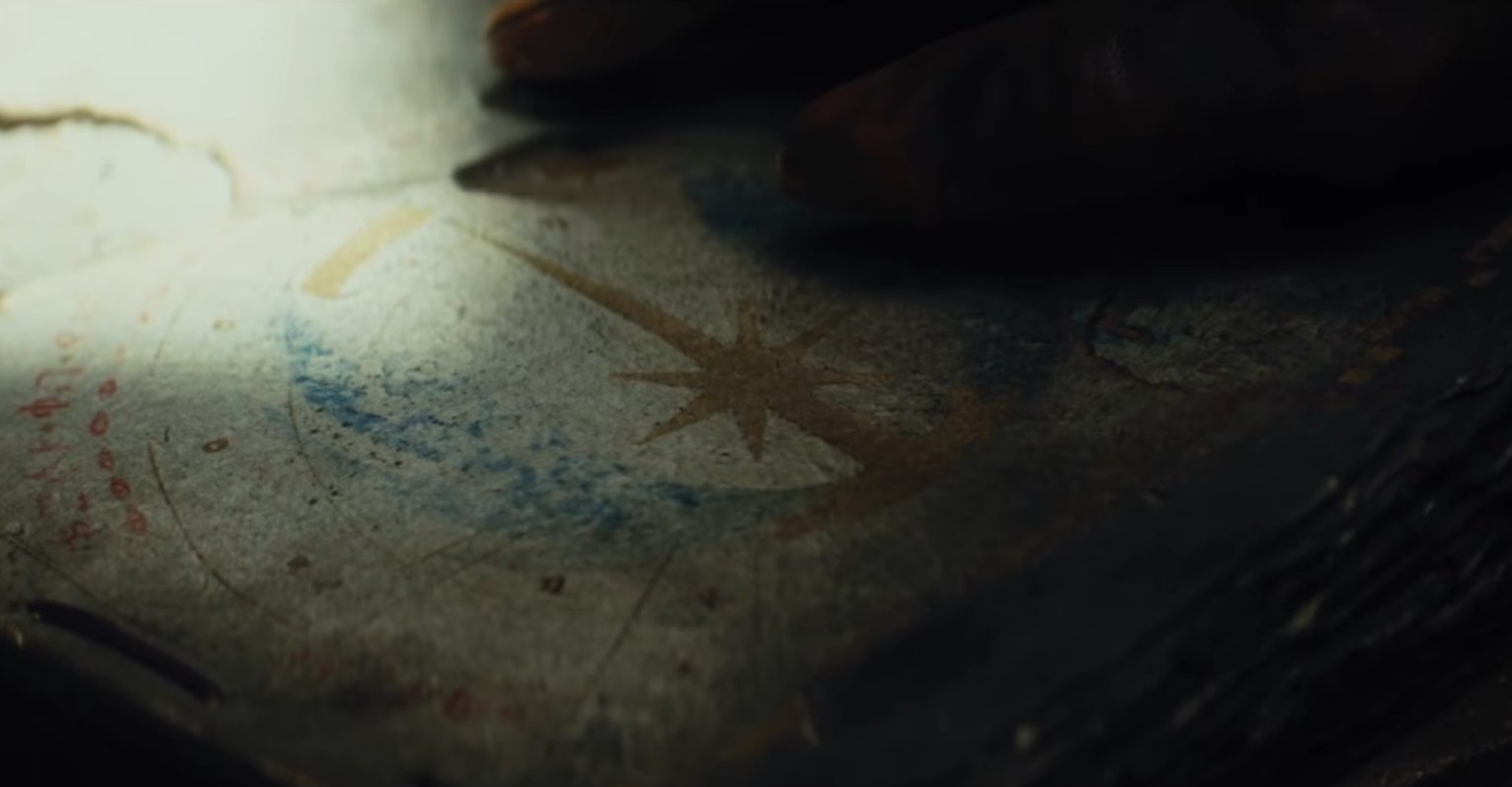 For reference the grey jedi logo 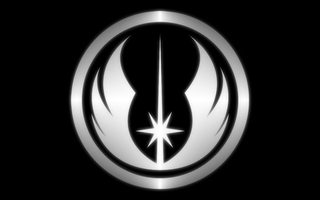 It's been the consistent position of the LucasFilm Story Group that the "Grey Jedi" do not exist in Star Wars canon. What's more, Pablo Hidalgo debunked this rumour specifically on Twitter in May 2017: 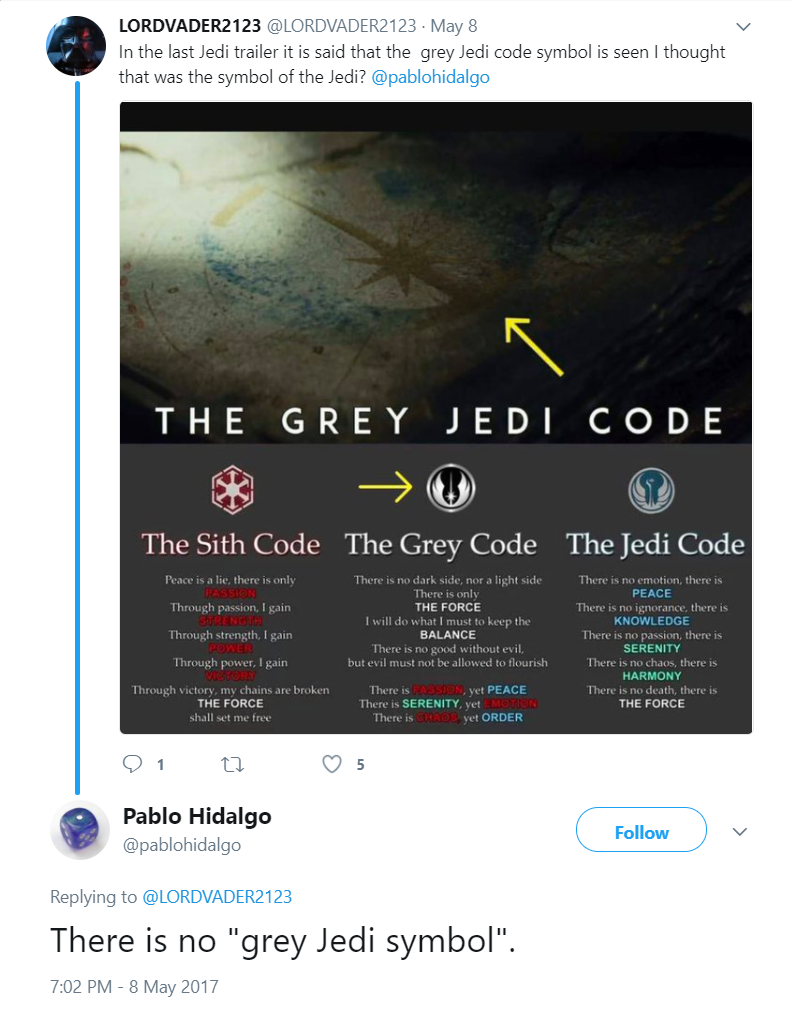 @LORDVADER2123 In the last Jedi trailer it is said that the grey Jedi code symbol is seen I thought that was the symbol of the Jedi?

@pablohidalgo There is no "grey Jedi symbol".

So, what's the symbol? As @LORDVADER2123 suggests in the Twit above...

It's a symbol for the ordinary Jedi Order

Although it's hard to be completely certain, considering how the paint has worn away in places, I feel confident in linking the image seen in the trailer to this one: 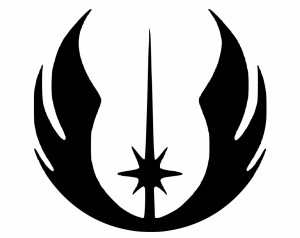 This image is associated with the Jedi Order, for example, in a February 2016 blog post on StarWars.com:

The Jedi Order was all about peace until the Clone Wars. Though a few Jedi survived Order 66 and the purge that followed, the Order as it was in the days of the Galactic Republic is no more. Their symbol of wings and what looks like a shining light represents their role and beliefs.

And we saw it used in the CG-animated Clone Wars show, where it appeared on assorted pieces of Jedi armour: 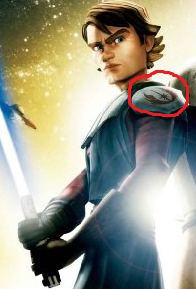 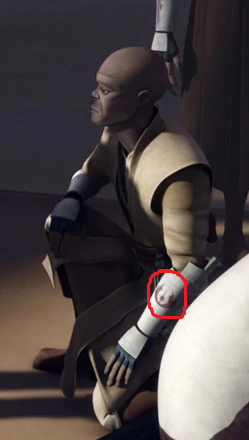 It's a fairly long-standing symbol in Star Wars lore, which appears to have been borrowed by some fan groups for their "Grey Jedi order" fanon1. The symbol, and its association to the Jedi Order, dates back at least to the 2006 New Essential Guide to Weapons and Technology: 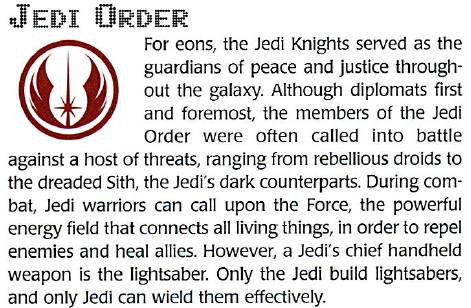 1 I can see this symbol being attached to a "Grey Jedi" organization only in places like Tumblr. This isn't a section of the fan community I engage with, so I don't know much about the history of this usage, but it's certainly not official; a Google image search for "grey jedi code logo" reveals that different groups of fans have applied different symbols to similar concepts.

In fact, even in Legends (where "Grey Jedi" did exist), the idea of a unified "Grey Jedi Order", with their own symbol and code and everything, doesn't make a lot of sense; the term "Grey Jedi" is a blanket one, used to broadly refer to "Not Jedi, but also not Sith"

5
Are there any canon or Legends truly 'Grey' Jedi?

4
Are Jedi bound by a code of honor or morals?
18
Doesn't the refined version of the Jedi Code mean the exact opposite of the original code?
8
Who wrote the text of the Jedi code? Lucas?
8
Was spying on the Chancellor against the Jedi code?
6
Did the Jedi code cause a reduction of the number of Force sensitive people?
5
Are there any canon or Legends truly 'Grey' Jedi?
38
Who was the real “Master Code Breaker”?
27
What does the code breaker's hat say?
11
Are the Jedi violating the Jedi Code by being so involved in military and politics?
3
Grey Jedi, do they have their own name?