In S01E01 of Justice League Unlimited, Green Lantern, John Stewart, is wounded while on a mission with three other members - Green Arrow, Captain Atom, and Supergirl (Kara Zor-El). Believing Stewart to be unconscious, Kara interrupts the bickering Atom & Arrow to say that she is taking action since they won't. As she goes to leave, Stewart calls out and tells her she needs a plan first. When he calls her, however, he says "Shayera" instead of "Kara".

Is this an error on the part of the writers? 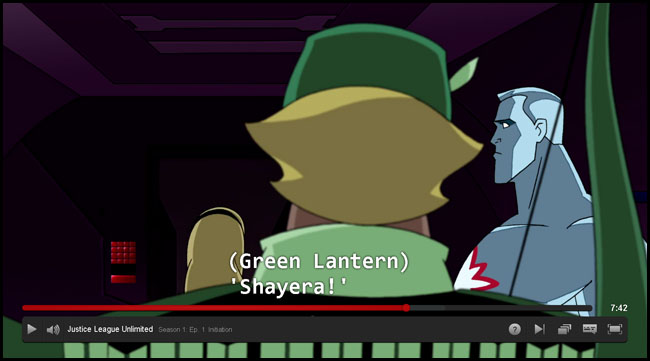 When John is recuperating from injuries, he unconsciously calls out Shayera's name. This suggests he hasn't recovered from their break-up after the events of "Starcrossed", but the closed captioning for the DVD read that he says Kara's name, so this may just as easily be a goof.

Watching the scene now (at 1:21 seconds) , it definitely feels like a mistake. No one reacts or does anything to suggest Green Lantern is so out of it he is calling people by their wrong names.

Not the answer you're looking for? Browse other questions tagged dc continuity dc-animated-universe justice-league-unlimited or ask your own question.