Judging by the color and style of his apparel, I am guessing he is perhaps a member (or ex-member) of the Imperial Guard. Possibly the Captain. Because the majority of the single player storyline will take place after the destruction of the second Death Star and the Emperor's demise, it is not unlikely that the Captain of his Imperial Guard would be left in some position of High Imperial Command. (Admittedly unlikely however, that he would be given command of a ship. Imperial Guards aren't trained for naval command.)

Also I believe I have identified his species. Judging by the pale skin and black rhombus-like line tattoo, he is Rattataki. However he is only seen through what appears to be some sort of holoprojection device (as seen by the static and glitches that can be noticed), perhaps projecting the image of his head over a robotic body. Therefore the pale skin could simply be the blue tint of the holo, but the tattoo is still present and I stand by my claim.

It's not entirely impossible either that he is some type of Sith, however plenty of other Star Wars stories have already bent (if not flat out broken) the rule of two. Ex: The Force Unleashed Series, Star Wars Rebels, Mara Jade (Multiple Appearances), etc. | Which leads me to believe EA may not want to add their game to that list with the overdone plot.

So who and what is he? Any help on this matter or additional theories would be greatly appreciated, many thanks to those who contribute.

The figure in red is a sentinel, a type of droid that gave out orders to Imperial commanders after Palpatine's death. 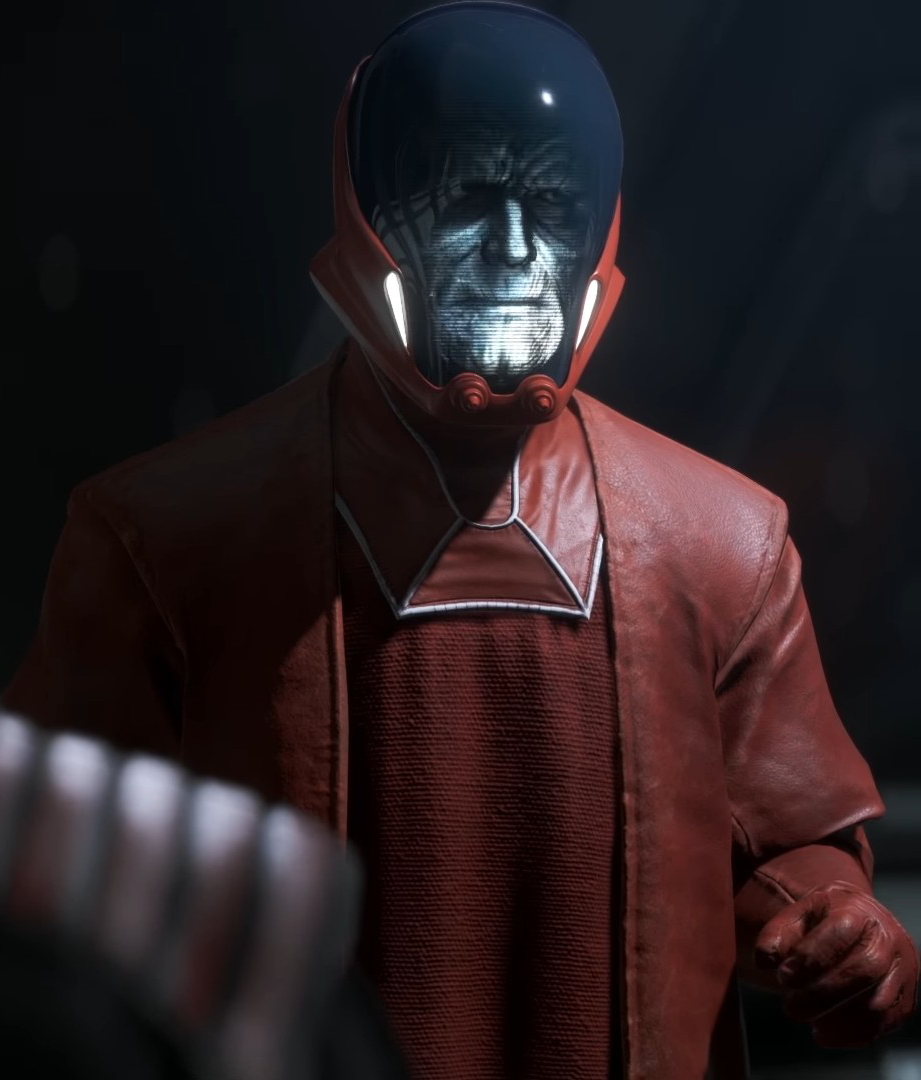 They were used to direct high-ranking Imperials on the carrying-out of Operation: Cinder.

Not the answer you're looking for? Browse other questions tagged star-wars video-games trailer star-wars-battlefront or ask your own question.

12
In the medal ceremony in Star Wars: A New Hope, is Chewbacca giving orders?
24
Why does Luke Skywalker use a green lightsaber in Star Wars Battlefront?
6
How canon is Star Wars: Battlefront (2015)?
8
Is the command chain of the Imperial military in Star Wars ever detailed in canon?
42
Did Captain Needa die in The Empire Strikes Back?
46
Why did the original Star Wars trailer imply that its story was happening “right now”, rather than “a long time ago”?