In Ender's Game, promising children are taken to Battle School to be groomed as potential military leaders. The primary method of training is a team-based sport in zero-gravity. The kids train to fight effectively in this environment, mostly by using pistols.

But as we find out later, Ender is ultimately being trained to remotely coordinate fleets of starships light-years away, and these ships already departed many years ago. While the game did teach leadership skills, why go through making it about physical combat? Why not just have them play EVE Online or something that is already a computer simulation, and devote time to developing leadership skills through that instead of physical combat?

That said, I really enjoyed reading about the zero gravity game and wouldn't want it removed from the book.

The purpose of Battle school was to build social/leadership skills and to identify who was better fit for command. Their performance in Battle School was what determined whether they advanced to Navigation, Combat, or Pre-Command school.

"Yeah, funny, but no joke. I got nowhere here. I'm getting big now. They're going to send me to my next school pretty soon. No way it'll be Tactical School for me. I've never been a leader, you see. Only the guys who get to be leaders have a shot at it."

"Hey, if I knew, you think I'd be like this? How many guys my size you see in here?"

This was done through practically every aspect of the school, from the Army divisions to the games to the meals.

The choice of the game also served the additional benefit of getting the kids used to zero-G combat where all three dimensions are relevant. ("The enemy's gate is down".)

In short: Battle School is a more effective, versatile, and multi-functional teaching tool.

Why not just have them play EVE Online or something that is already a computer simulation...

Command School is actually very close to what you're describing: it was indeed all about playing a simulated spaceship combat game to develop their grasp of tactics and coordination. Command School, however, had some flaws. It had to be near to the fleet communications systems, and for various reasons, that can lead to the revealing of secrets that the IF would rather keep (as we saw in the book). For this reason, Battle School has the dual purpose of training those who show promise while filtering out those who don't, to limit how many get close to the secrets.

A framework for teamwork

Battle School's structure is all about armies. This teaches those who can climb the ranks how to be a good commander; how to gain the respect and loyalty of those beneath you, how to be useful to those above you, and how to work within the structure of a ranked hierarchy. It also teaches those who can't climb the ranks how to get along in a military force; how to take orders, how to work as part of a unit, how to recognise when to improvise and when to seek further instruction.

Pressure brings out a person's nature

Battle School is very competitive. This sort of environment is good for spotting who gets bogged down in scoring points and building their ego, and who can stay focused on the bigger picture. It shows who can be ruthless and sacrifice others - or even their own success - when the objective demands it, and who is willing to sacrifice others purely for personal gain. These are very important things to know about someone you're putting in charge of military forces, and doubly so when the cost of failure is high and you won't get a second chance at it.

Standings and scores! Instead of fighting the battle at hand, those scores made soldiers and commander alike more cautious, less willing to experiment. That's why the ludicrous custom of fighting in formations had lasted so long - Ender can't have been the first commander to see a better way.

Battles as a microcosm

At the heart of Battle School is the battles themselves. These are fought in three dimensions with fixed points in amongst empty space, which mirrors how the war in space is fought. To succeed here requires a solid grasp of how things move in that environment, of how visibility works, of three-dimensional thinking. The lasers take longer to affect a target the further they are from you, which means you can see enemies some time before you can effectively engage them, which also mirrors real space fleet combat.

"Something most soldiers don't realize is that the farther away your target is, the longer you have to hold the beam, within about a two-centimeter circle. It's the difference between a tenth of a second and a half a second, but in battle that's a long time. A lot of soldiers think they missed when they were right on target, but they moved away too fast."

Physical difficulty as a teaching tool

Physical combat also has a whole load of additional strains and pressures that you don't get from a computer game. To win, you need to be able to keep thinking all the complex things we've already mentioned, while also doing something complex with your body - moving about in null g, aiming a weapon, keeping an eye on your surroundings. This tests how well you can think while distracted, while tired, and while full of adrenaline - all of which prove to be very important. It also requires you to fully internalise the concepts; it's one thing to have an academic understanding of an object's trajectory in null g, but it's another thing entirely to grok it well enough that you can push off a wall, spin, shoot a moving target, and land where you intended, all while under fire and pressed for time. Do that, and you demonstrate that you understand zero-g motion far better than someone who can quote the equations of motion on demand. A similar argument covers other aspects, too - commanding over voice-only communications is very different to commanding a room full of people when you can see their facial expressions, and they can shout, posture, or even start a fight with you. Being physically present with your troops gives you access to way more information about how they're feeling, and raises the stakes for failure, so that those who succeed are only the very best.

Now, as we see in the book (and in Ender's Shadow, which I do recommend reading if you haven't already), the system isn't perfect, and some less than ideal candidates do seem to do quite well in it, but in general, that's the theory, and it works well enough.

The military needed a mad genius to direct the fleet, and they didn't know in advance how to detect this quality in their trainees. Computer simulations are limited by their programming and by the biases of the programmers. The real environment of the zero-gravity games gave the trainees practice in visualizing three-dimensional movement and allowed Ender to develop devastatingly unorthodox strategies such as the

tethered slingshot maneuvering and "the enemy gate is down".

Ender learned to rely on his creativity, which played a key role in the final battle.

Something that hasn't been mentioned yet is that Ender could have lost.

Sure, they hoped they picked the right kid to end the Formic threat, but there was no guarantee. If Ender hadn't ended the war(s) once and for all, then Earth would have had to prepare for another invasion.

In which case, physical combat would be a useful skill. We see physical combat against Formics plenty in the Formic Wars comics (and the First Formic War novel trilogy adapted from those comics), including Zero G conditions: 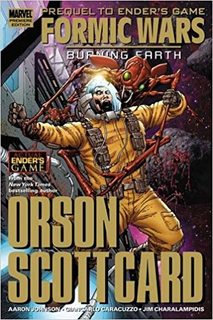 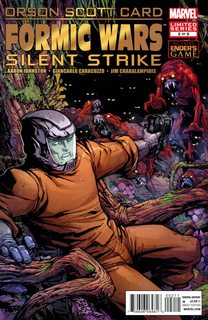 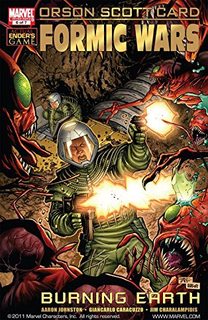 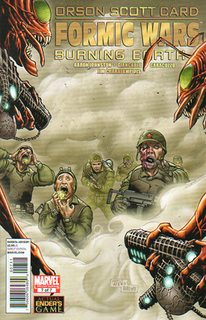 The other answers address many of the behavioral or training reasons, but we also need to keep in mind that there was still a war, and having a Plan B is in the military's best interest.

While sacrifice has been touched upon in other answers I think deserves far more importance than it has been given.

The outcome of the final battle all came down to one thing: Whether Ender would fire upon the planet. While they had to portray this as a wrongful act, a large amount of his training and the other actions that happened outside his training (note that the movie omits this whole aspect of it!) were aimed at making him take the path of firing on the planet.

One aspect of this had to be to inure him to the concept of sacrifice. The battles were all done in a fashion where death was temporary, at the end of the battle everyone was fine. When the only path to victory was to kill every member of his force (again, the movie got this wrong) he had to do it with any more thought than we pay to lost chess pieces.

The students grow up "in gravity". They have no zero-G combat experience of any kind.

Besides all the other functions of the sport itself (in terms of things like teamwork, leadership, planning, learning to follow orders under fire, innovation in the heat of the moment, etc etc and helping to reveal who might be suited to the fight they're ultimately looking to use them in), the students get direct physical (visceral) experience of tactics in zero-G.

Their bodies are ultimately proxies for ships, their pistols proxies for ships weapons. A frozen body is like a disabled ship, which they learn to treat as tools in the fight (in various ways) rather than simply ignoring them as one might more naively do. They get a gut-feel for the physics and tactics of zero-G engagements that simulation would give much less directly.

Later, in actual combat they're mostly working "at a higher level" -- commanding groups of ships -- but they have a solid understanding of how that level works, both in terms of simulated and physical experience of operations in zero-G, so they're able to use those ships more effectively, and more instinctively (rather than intellectually, for which there's not enough time in combat) than they would otherwise.

My understanding was that the game wasn't so much about teaching the children, but observing them. The game wasn't a teaching tool, but a testing tool. Team-building, resourcefulness, ruthlessness, strategic thinking, response against overwhelming odds, all exhibited for the instructors to evaluate.

10
Why does the I.F. use old ships in the final battle at the Formic homeworld?