Is a Parselmouth immune to the effects of the stare of the Basilisk?

We see in the Chamber of Secrets when Tom Riddle summons the Basilisk, he looked at the Basilisk's eyes directly. 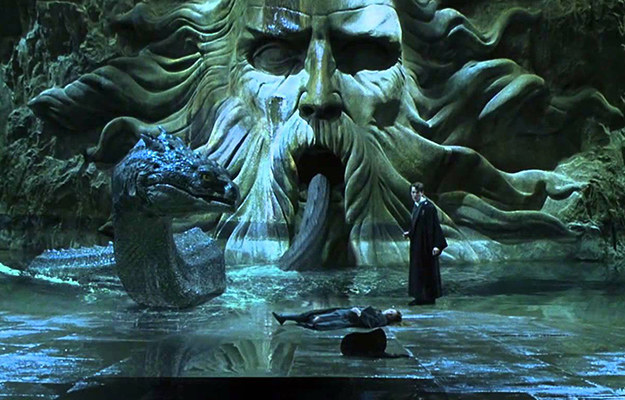 So are they immune to the effects, or is it just the controller?

There's no canon proof either way. Even if they aren't, there’d be ways around it.

The creation of Basilisks has been illegal since medieval times, although the practice is easily concealed by simply removing the chicken egg from beneath the toad when the Department for the Regulation and Control of Magical Creatures comes to call. However, since Basilisks are uncontrollable except by Parselmouths, they are as dangerous to most Dark wizards as to anybody else, and there have been no recorded sightings of Basilisks in Britain for at least four hundred years.
Fantastic Beast and Where to Find Them (2001 textbook) - Basilisk

I see two ways to interpret this statement:

No. Parseltongue is a language, though an inherent one, and as such cannot afford the speaker immunity against the Basilisk. Tom Riddle is a 'ghost' conjured up by the diary - notice that the diary is down in the chamber? This 'ghost' of Riddle cannot be anywhere that the diary isn't, which is why he couldn't get to Harry before he convinced Ginny to throw the diary into the girl's bathroom so he could manipulate Harry into finding it. Meaning that because he is even less real than Nearly Headless Nick, who is momentarily paralysed by the Basilisk's stare, he can look it in the eye and not be affected. Think of it like this, the Tom Riddle we see is a ripple in time, a tiny fold that can interact and even manipulate things around him to a small extent, though he requires a source of power to feed off of, and that is Ginny. The only reason Harry can look the Basilisk in the eye after he'd been chased through those tunnels is because Fawkes tore its eyes out. Without its eyes, the Basilisk cannot use its magic, thus being unable to paralyse or kill anyone with its stare alone, which is why it goes from being passive-aggressive to physical aggression. Think about all the students it paralysed. Why didn't it try to bite them like it did Harry? Because its eyes had done the work. The students wouldn't die right away since they'd all seen the eyes indirectly - mirrors, pools of water, a camera - but like any coma patients, their bodies would eventually starve of nutrients and they'd die, meaning the Basilisk didn't need to actively attack anyone, and why it didn't finish them off by tearing out their throats (that, and it's a kid's book).

Conclusion; neither Tom Riddle, Harry Potter, or any other person who can talk Parseltongue is immune to the stare of a Basilisk. In fact, I'd go as far as to say that it had always been Riddle's plan to use a Horcrux to unleash the Basilisk when he was no longer at Hogwarts, thus removing the risk of it turning on him - he was a Mudblood, after all, and the Basilisk was raised by Slytherin himself to attack any non-purebloods - and that the one previous time it was unleashed was him basically taking it for a test drive.

The only way this could ever happen is if that Parselmouth, (Tom Riddle, in this case) wasn't completely alive.
Here's why: After Harry had already entered in the Chamber of Secrets attempting to save Ginny, Tom tried to kill him by having summoned the Basilisk out of Salazar Slytherin's mouth, yet he looked straight into those murderous eyes before it attacked Harry, and he survived that because he was only a 'memory, only because he came out of his diary, which was his first-ever Horcrux.
However, if Tom tried to do that when he was a student at Hogwarts, that would've immediately killed him.

Not the answer you're looking for? Browse other questions tagged harry-potter basilisk parseltongue or ask your own question.

45
How Could Hogwarts Have Realistically Accommodated the Basilisk 800 - 1000+ Years Ago?
39
How Did Tom Riddle Find Out About the Existence/Location of the Chamber of Secrets?
20
How Did Ginny Weasley Set the Basilisk on Muggleborns Without Getting Killed or Petrified?
13
Effect of Basilisk's stare on Fawkes the phoenix
16
How could a memory (Tom Riddle) have performed Avada Kedavra?
25
How could the Basilisk tell if a student was Muggleborn?
2
When exactly was the Sword of Gryffindor imbued with basilisk venom?
40
Would seeing a Basilisk in a memory cause death?
8
Did the Basilisk attack anyone else in the 1940s?