The Crumple-Horned Snorkack is one of various weird and wacky things which Luna Lovegood believes in and most people (especially the ever-rational Hermione) don't. Now we know that Luna is a bit ... odd, and believes in a lot of nonsense; but on the other hand, Hermione's pooh-poohing isn't always to be believed either - Divination, for instance, is a real thing in the Potterverse.

Is it ever established for sure, in canon, in-universe, whether or not Crumple-Horned Snorkacks exist?

It was never confirmed, but never explicitly denied either.

I couldn't find much information about the Crumple-Horned Snorkack. There isn't really any more details about it, whether about its behavior, characteristics, or even what it's supposed to look like.

And there's something interesting about the plush that's certainly worth mentioning. As Mr. Lister pointed out in the comments, the plush isn't a whole creature. Instead, it's stitched together from parts of something like how a jackalope is created by stitching deer antlers to a rabbit. That means, at the very least, that the plush isn't evidence that the creature is real. It might even imply that the Snorkack is entirely made up, since the ability to have one on display at Universal isn't necessarily limited to whether wizards were able to find one. 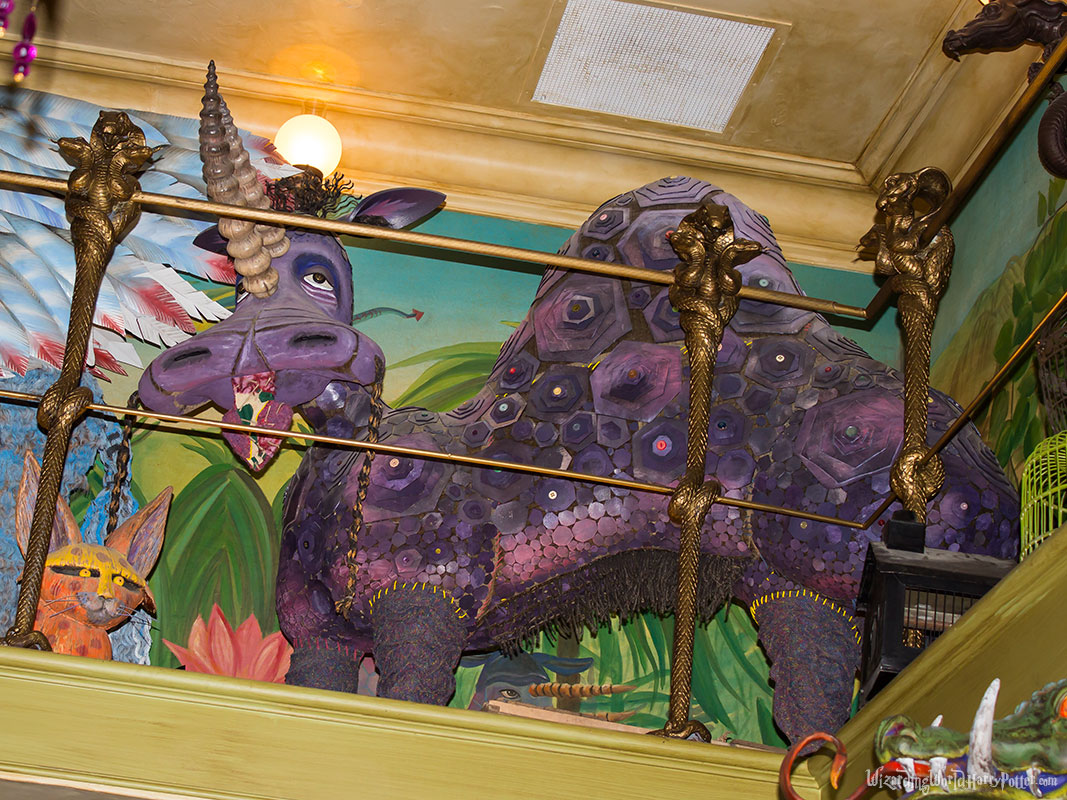 From the plush in Universal Studios, if we presume that its horn is about the same size as an Erumpent horn, since that’s what Xenophilius Lovegood confused for a Snorkack horn, then the Snorkack would have to be pretty big. This is an Erumpent, with Jacob Kowalski and Newt Scamander for scale:

Jacob is about 5 feet six inches, and Newt is about five feet eleven inches. So if the Snorkack is the size the plush suggests, that would be a creature that would be fairly hard to hide. Now, if it exists, though, it would of course be a magical creature, so it could have some power that helps it stay hidden. At least one creature, the Demiguise, can turn invisible. The Crumple-Horned Snorkack being able to do something like that would help keep it hidden. However, wizards are aware of a lot of hard to find creatures, and a creature as big as the Snorkack is implied to be should be comparatively easier to find than something like the Demiguise, even if it's invisible.

Another thing to consider is, had anyone before the Lovegoods mentioned the Snorkack? If not, then, it's even less likely to exist, and more likely to be something Xenophilius Lovegood either made up or imagined. He doesn't seem like the type to purposefully lie, so I think he probably believed the Snorkack was real, even if he was the origin of the Snorkack story.

To the best of my knowledge, JKR only said Luna stopped believing in them and therefore stopped looking for one, but that doesn't necessarily mean it's not real. The way she phrased it left it ambiguous. I'm not sure if we're supposed to presume that if Luna couldn't find it, it doesn't exist, or if she actually wanted to leave it open for the Snorkack to possibly be real.

I did a Google search, and found someone who said in their post that JKR confirmed that the Crumple-Horned Snorkack is not real, but didn't cite any sources or even mention where she said so. The post I'm referring to is the one by Diana Summers on this question on Quora. It seemed like this might be worth mentioning, in case it's true. However, I couldn't find any JKR statement to that effect. It seems to be just speculation, possibly stemming from the same information about Luna never finding the Snorkack, and doesn't look particularly credible. Unless we can find the JKR interview where she says this, I don't think this post should be considered proof.

Not specifically, but we know from a Bloomsbury Live Chat with JKR that Luna spent her entire professional life looking for one (with her husband, the noted Magiczoologist Rolf Scamander, grandson of Newt) and never found one. Sadly, nargles also appear to be fictional.

J.K. Rowling: Luna became a very famous wizarding naturalist who discovered and classified many new species of animals (though, alas, she never did find a Crumple-Horned Snorkack and had, finally, to accept that her father might have made that one up).

It's possible that the Crumple-Horned Snorkack does still exist, but it's more likely that it doesn't.

For the record, the actress who portrays Luna claims to have seen one (at the Wizarding World of Harry Potter theme-park) 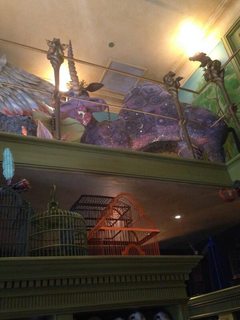 @Evy_Lynch - AND I JUST SAW A CRUMPLE HORNED SNORKACK FOR REALS AND PAID MY RESPECTS AND IT FEELS LIKE ENLIGHTENMENT.

16
Do any of the creatures Xenophilius believes in actually exist?

44
Does higher education exist in Harry Potter?
40
Do standard definitions exist for dragon, drake, wyrm and wyvern?
21
Does Rubeus Hagrid know about non-monster Animals?
22
Does personified Death really exist in Harry Potter?
33
Why was Luna held at Malfoy Manor?
6
Did patenting exist in the magical world?
14
Why does the Obscurus not appear in the textbook?
143
Given a magical world, why is the Quibbler ridiculous?
6
Why / how does Hogwarts have a dozen Hippogriffs?
16
Do any of the creatures Xenophilius believes in actually exist?