You are comparing the Uruk-hai to Humans or Elves, which isn't a very relevant comparison. Instead, compare them to the other breeds of Orcs that serve Sauron, which the Uruk-hai were bred as a replacement for.

We can see that the Uruk-hai are bigger, stronger and more intimidating then the other orcs, and can kill them brutally and with barely a thought. Grishnákh is a mean and devious orc, but he knows he can't beat them in a fight.

The Uruk-hai are also braver than the regular orcs, who are prone to panic and desert when the going gets tough. Again, this is Uglúk talking to the northern Orcs, later in the same chapter:

And they are implacable, and do not fear the sun: (Book III, Chapter 7: "Helm's Deep")

whereas regular orcs do (Book IV, Chapter 4: "Of Herbs and Stewed Rabbits")

but though Orcs may shun the sunlight, there were too many places here where they could lie hid and watch;

All in all, most of Sauron's orc armies are, individually, no match for an equivalent human force. They are smaller, weaker, less disciplined and cowardly, and make up for it in sheer numbers alone. The Uruk-hai were bred to be as vicious and numerous as Orcs, but as large and dangerous as Humans, or at least closer to that than the average Orc.

What the Uruk-hai lack in quality, they make up for in quantity. 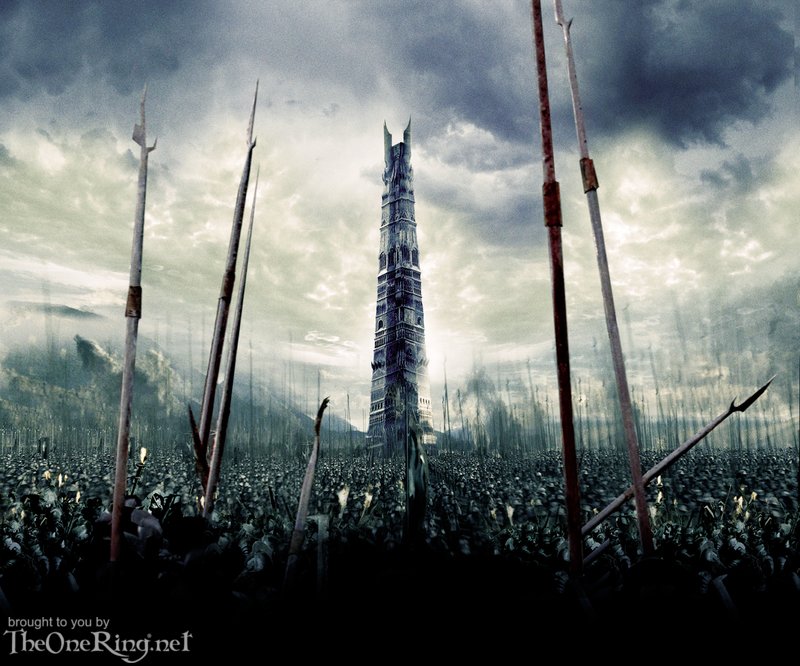 For a comparison, Elves would often go centuries without bearing children, Men appear to function equivalently to their real life counterparts, and Hobbits weren't seen as being adults until they reached 33 years of age. The amount of Uruk-hai that could be bred in such a small window of time is quite simply astounding. 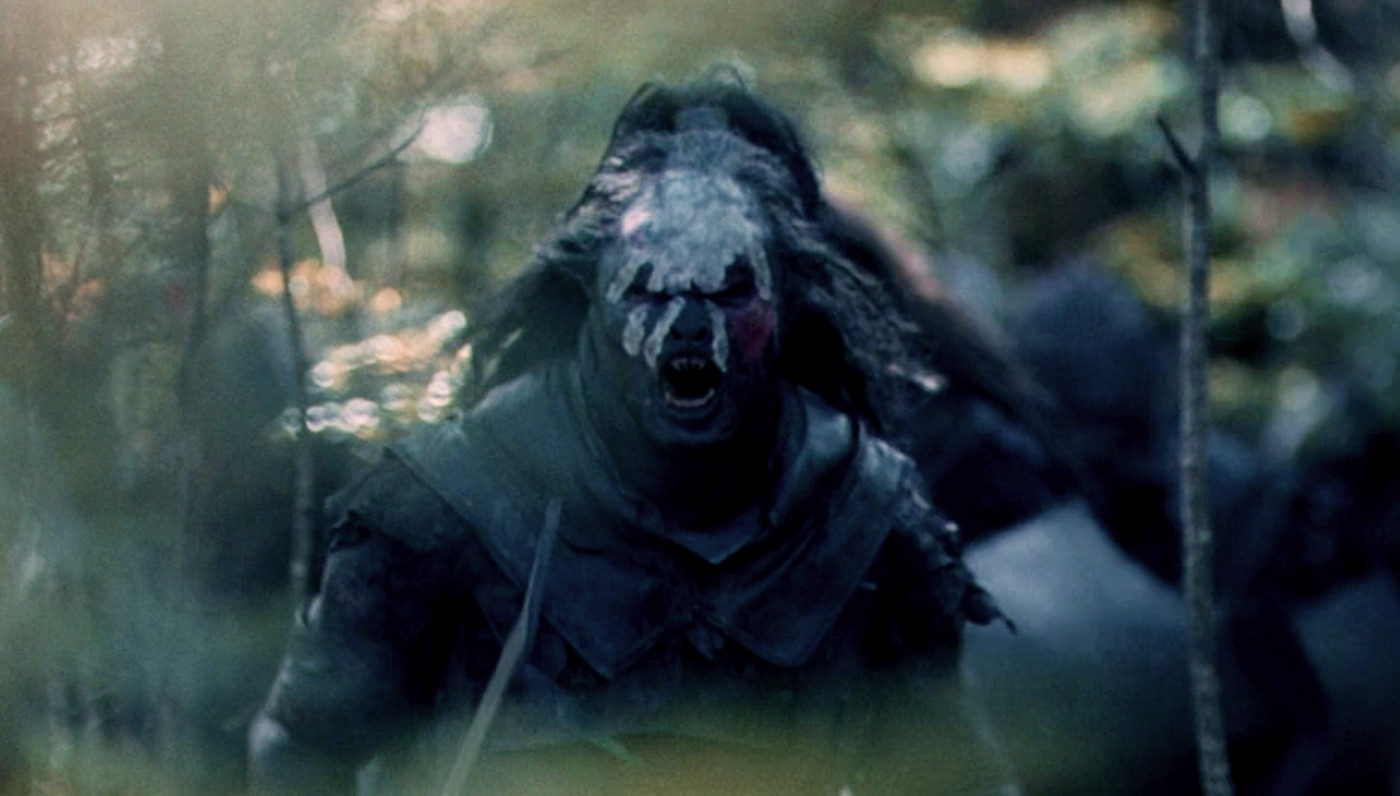 The question of why not create a supreme race is flawed a bit from the very beginning. Why didn't the forces of good simply reach out to Valinor and summon an army of Maiar because surely an army of divine being with power comparable to Gandalf, Radagast, Sauron, Saruman, etc. would far outweigh the Riders of Rohan? Even Sauron had lesser fallen spirits at his disposal in the form of Balrogs. Sauron's power and thus Saruman's was greatly weakened long before the popular books everyone is aware of even come into the timeline. Sauron himself by the time of LotR had already lost his ability to take physical form other than the mountain featuring his ever watchful eye in the first war against him where he was separated from The One Ring. That ring held much of his essence and power inside itself and without it he was forever greatly diminished, but more importantly he was just a servant, a false weak champion of evil without true creative power. Orcs, Dragons, Balrogs, and the truly powerful evils of Middle-earth including Sauron himself were only possible due to his master Melkor, the most powerful of all the Ainur. Melkor tainted the lands by singing in his own disharmonies during the Singing of Creation which was led by Eru Ilúvatar. (The godlike creature that created all the Ainur.) Afterwards Melkor sought out and tried to become a creator like Eru himself was but he lacked The Flame Imperishable and so his tainted song simply never was capable of TRUE creation. At best it simply lured some of the lesser Ainur serving him such as the balrogs and Sauron and through Sauron eventually Saruman. The seeds of disharmony along with his lies and his wit tricked and twisted creatures into orcs, dragons, and other evils but still he was incapable of truly ever "creating" any race. Even the orcs are simply Elves that Melkor twisted and tortured into their corrupt form. During the events that occur long before The Hobbit and LotR, in a time only remembered by the Valar, Maiar, and the eldest of the immortal Elves, Melkor was defeated after much war, and death leaving a taint forever lingering until the remastering of the world was to occur. Melkor fueled his 'creations' just as Sauron fueled the ring, with their very essence and this false hubris led to Melkor's defeat. Sauron was simply a Maiar that followed Melkor and served him in the same sense as the Witch-king served Sauron. The day Melkor was defeated, and the battles leading to that day, led to the death or fleeing of much of "evil's" forces, such as most of the wyrms and the Balrog etc. Sauron himself never truly was even this capable of 'making' his own race. He was but a shadow compared to Melkor, which was a shadow compared to the power of Eru Ilúvatar and his sole capability to truly create.

Now speed to the events you speak of, in which Sauron has already been depleted of much of his personal power when he lost the ring itself. Take into account that Saruman and Sauron were neither Valar but simply the lesser Maiar. Saruman is three steps removed from any being capable of creation, and even his most powerful leader had lost half his being, life-force, and essence long ago when the ring was stripped from him.

So for a lot of the commenting about why not create better, or why not breed much stronger is simply that for all his power Urak-hai was the best the weak-willed fool could do to help the weakened fool he followed in carrying out the plans of the only true Valar long since removed from the battle.

So when looking at Uruk-hai vs Orcs remember they are corrupted mutts of a true species. As far as why breed and use Uruk-hai over Orcs, since they aren't as strong as the true races, (Which was out of the range of Melkor, Sauron, and definitely Saruman to even created) to fight an actual Eru-created race you are asking the wrong question.

Its almost as simple as looking at it like this: I have a sword I made from iron. You're incapable of the skills required to make something of metal. You're handed a bone sword by your commander but you know how to craft a sword made of rock like obsidian; sharper, lightweight, somewhat more durable. Which sword would you use against me in the fight? He simply used what he knew to be an 'inferior technology' because it's the best he could use with Melkor's battles taking most of the power (wyrms/balrog/etc.) off the chessboard, and Sauron a mere shell of the Maiar he once was.

21
What are the differences between Orcs and Uruks?
6
Did Saruman really make an army of Uruk-Hai in just 10 weeks?

7
Why do some Uruk-hai speak while others just growl and roar?
89
Why Does Gandalf Think Rohan Should "Stand and Fight"?
12
Why was Gimli chosen to sound the horn at Helm's Deep?
17
How did Saruman's army reach Helm's Deep so quickly?
45
What is Elrond's position/status, as compared to Galadriel's?
14
Are there any dwarves and/or elves joining Sauron and/or Saruman
46
Was it reckless to allow Wormtongue to go free?
10
Why would orcs and humans fight on the same side in Lord of the Rings?
28
How did Aragorn, Legolas, and Gimli know what Uruk-hai were?
17
Why did Theoden allow the Uruk-Hai to approach Helm's Deep without harassing them?