How do turians reproduce?

Compared with the Asari, developers didn't give too many details about turians.

There are female turians and there are male turians... "the usual" way, meaning sexual reproduction, is probably the answer.

Male and female turians don't differ much in appearance except that females don't have "backwards horn-extensions" on their heads: 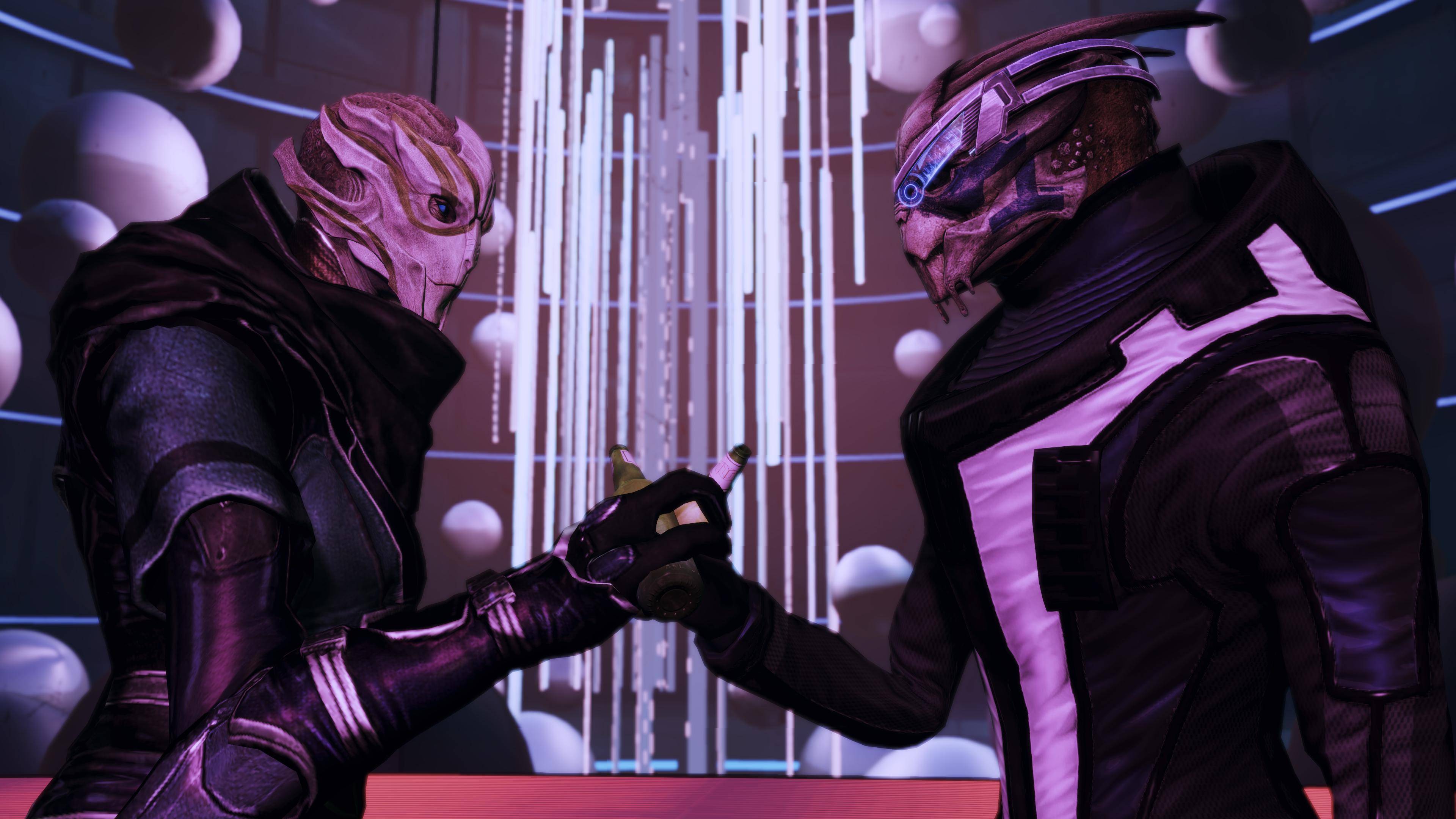 The reason why we don't see female turians until the Mass Effect 3: Omega DLC is because the developers simply didn't have the resources to make female models for turians; they also didn't have an idea about how to differentiate between males and females (at least according to Wikia, which cites this interview).

I remember a conversation between Garrus ans Shepard (from Mass Effect 2), where Garrus describes his quarrel with a female shipmate. The quarrel was decided to be settled during a full-contact sparring.

Garrus describes himself as having "reach" due to his longer arms; the female, on the other hand, had "flexibility". Long story short, they ended up settling their quarrel in another way that would let them blow off steam. You can listen to the conversation in the following video:

From that I conclude that turians are able to procreate as other species; and reproduce sexually within their own species.

I haven't played Mass Effect: Andromeda yet, but it appears that it is possible to have a romance with a female turian:

Turian features are avian, making them resemble humanoid birds or raptors, however unlike most Earth avian creatures, turians are viviparous and give birth to live young.

Surprisingly, this particular sentence has a citation, specifically an alleged tweet by @patsquinade (who I presume is or was a Bioware employee). Unfortunately, the owner of that account has now hidden it, so I see no way to verify this information. It does not appear in the codex, to my knowledge.

We do know that turians raise their young in much the same way as humans do (as opposed to giving birth and then immediately disowning them, which is common in the animal kingdom), because Mass Effect: Homeworlds depicts Garrus's childhood, and shows his interactions with his father: 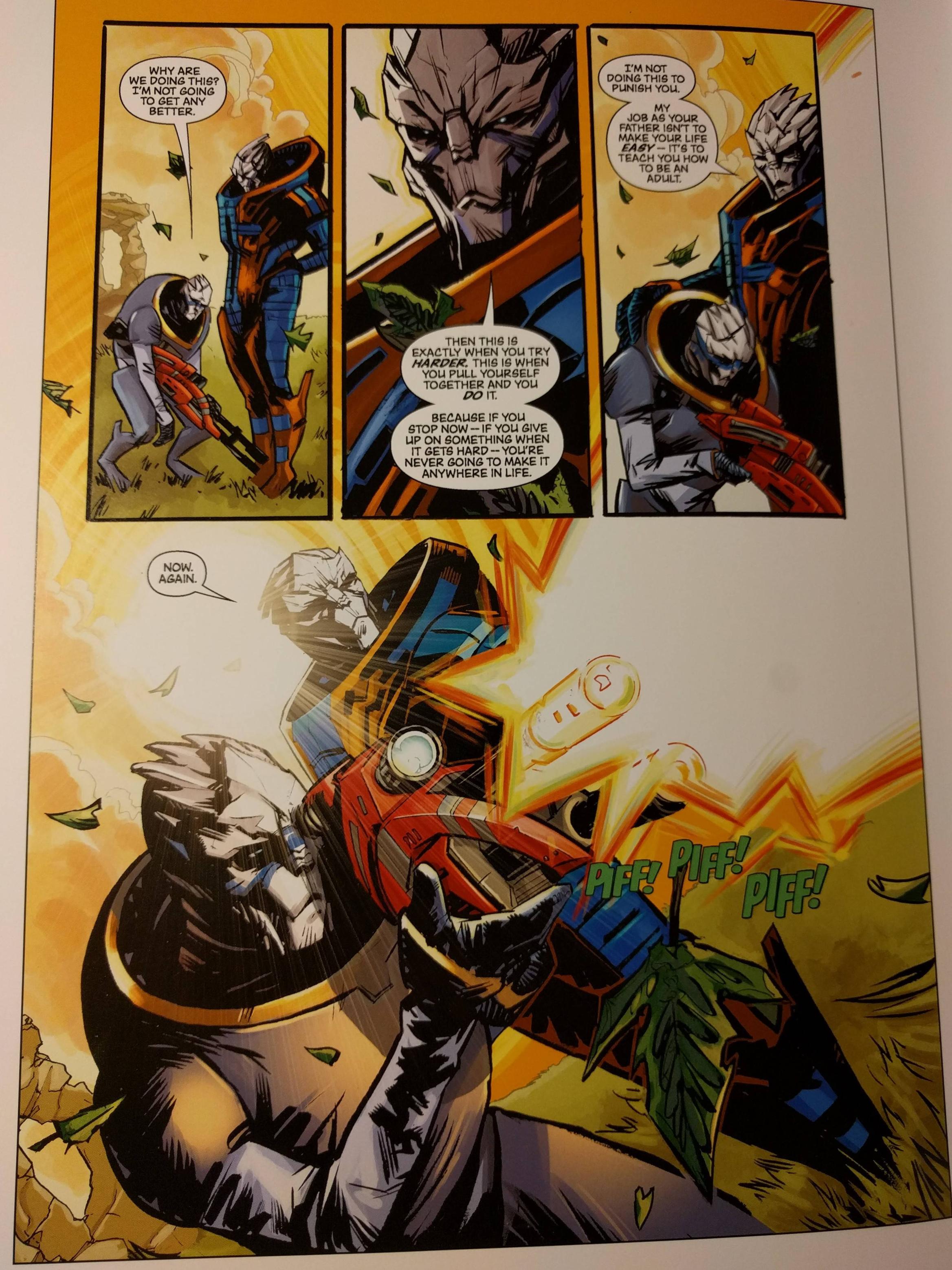 Transcript of the relevant line:

I'm not doing this to punish you. My job as your father isn't to make your life easy -- it's to teach you how to be an adult.

6
What did Liara do to Shepard in London?
9
Have there been successful non-Asari inter-species relationships?
12
When and why did the Asari begin referring to themselves as female?
6
Sexual attraction of the Turians and Krogan towards the Asari
4
How could humans and turians communicate during the First Contact War?
3
What did Desolas mean by “civilian rulers?”
1
First contact protocol(s) in Mass Effect
15
How come the Asari are natural biotics?
8
If two Ardat-Yakshi mate together, will they both die or survive?