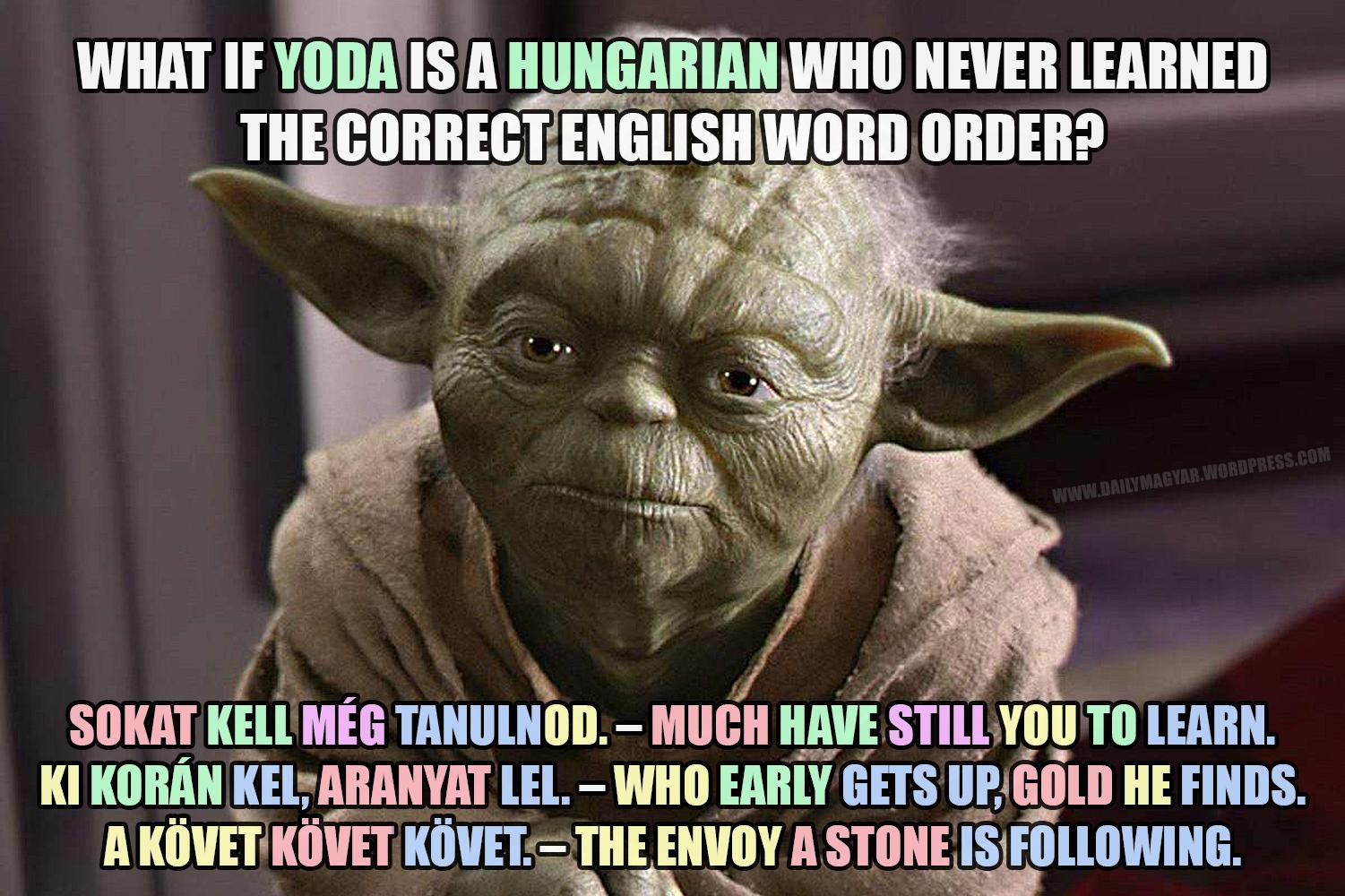 59
Why does Yoda speak the way he does?
50
How is Yoda's speech translated to non-English languages?
12
Why does Palpatine speak like Yoda in Revenge of the Sith?
6
Could Yoda's backwards speech pattern be caused by the natural evolution of Galactic Standard?

30
Why would the Larses need a translator droid that spoke Bocce?
17
Is there an explanation for why Yoda's grammar slips in Empire Strikes Back?
5
Are the Verbis Diablo based on real languages?
33
Why doesn't Chewbacca learn to speak Galactic Basic?
11
Is there a canon reference calling droid language "Binary"?
8
Are any Star Wars languages fully developed and learnable?
18
In what language are the original Jedi texts?
19
What in-universe sign language is the Mandalorian using, and how did he know it?
15
What sign language does Makkari use?