Where did Kylo Ren learn how to make a crossguard lightsaber?

I'm aware the design is an old one, not something Kylo came up with himself, and doesn't even always correlate to a cracked crystal (the Malachor crossguard saber seemed fine).

So, where did Kylo Ren learn how to build a crossguard saber? Was it something Luke taught him? Snoke? Do we just not yet know?

Apparently the crossguard lightsaber design was part of the Jedi tradition. In Star Wars Rebels, Ezra and his friends entered the Great Scourge site on Malachor and discovered such a weapon. Perhaps Luke found the design after the fall of the Empire and shared the information with Kylo. 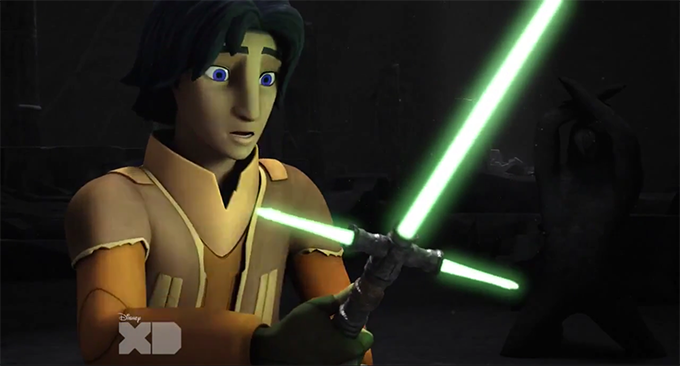 The Great Scourge of Malachor was first referenced in the 2015 reference book Star Wars: The Force Awakens: The Visual Dictionary, which stated that the crossguard design of Kylo Ren's lightsaber was an ancient one that dated back thousands of years to the Great Scourge of Malachor. The book's author, Lucasfilm Story Group creative executive Pablo Hidalgo, added the reference to the book to connect it with the battle that was ultimately referenced in "Twilight of the Apprentice," the second season finale of the animated television series Star Wars Rebels.

On the other hand, however, it is not certain Kylo constructed the lightsaber himself...

Not the answer you're looking for? Browse other questions tagged star-wars lightsaber kylo-ren or ask your own question.

29
How can Kylo Ren recognize this item?
5
How effectively can the vented energy from Kylo Ren's lightsaber serve as a crossguard?
13
Why would Kylo Ren even want the Skywalker lightsaber?
8
Are actual lightsaber crossguards effective?
8
What did Kylo Ren use to ‘drive’ his Force activity?
2
Do Jedi masters/knights take responsibility for their turned padawans?
9
Who taught Kylo Ren to bleed his lightsaber?