Was Darth Vader originally intended to be an alien instead of a human in a suit?

I got into a discussion today with somebody about whether Darth Vader was originally supposed to be human. We didn't find an answer, so we're hoping you can.

Is there any very early reference to Darth Vader's species? Is there something from an early draft of the script that says George Lucas intended Darth Vader to be human all along? Or that he considered Vader as non-human until he decided to make him human for a big reveal in The Empire Strikes Back?

As far as I can determine, it appears that George Lucas always intended to depict Vader as a human. This can be seen in the Dark Horse Comics miniseries The Star Wars, which is based on the original draft of Lucas' script for what eventually became A New Hope.

Here is some concept art for the character's depiction in The Star Wars, the comic: 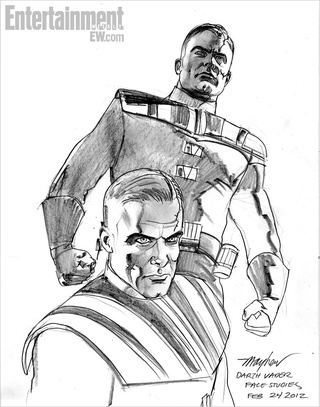 There were some other notable changes to the character from the original draft, such as the fact that he originally wasn't a Sith, but a General in the Imperial military: 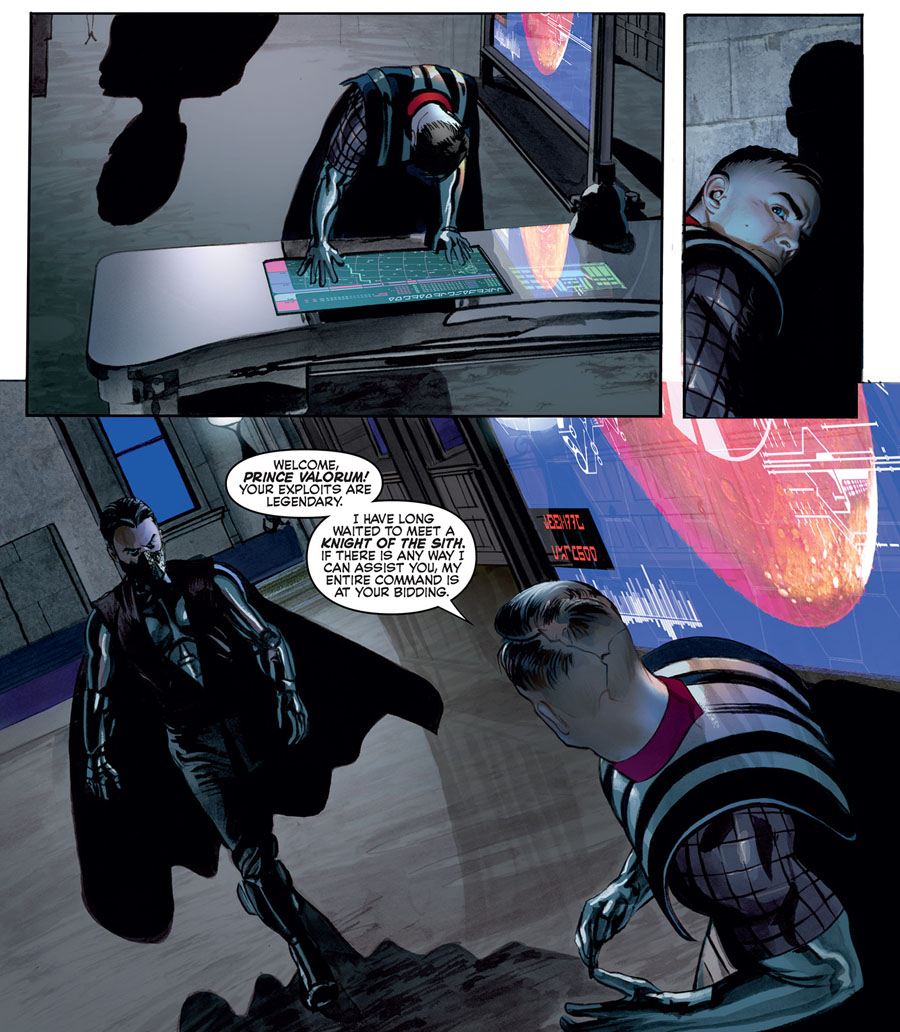 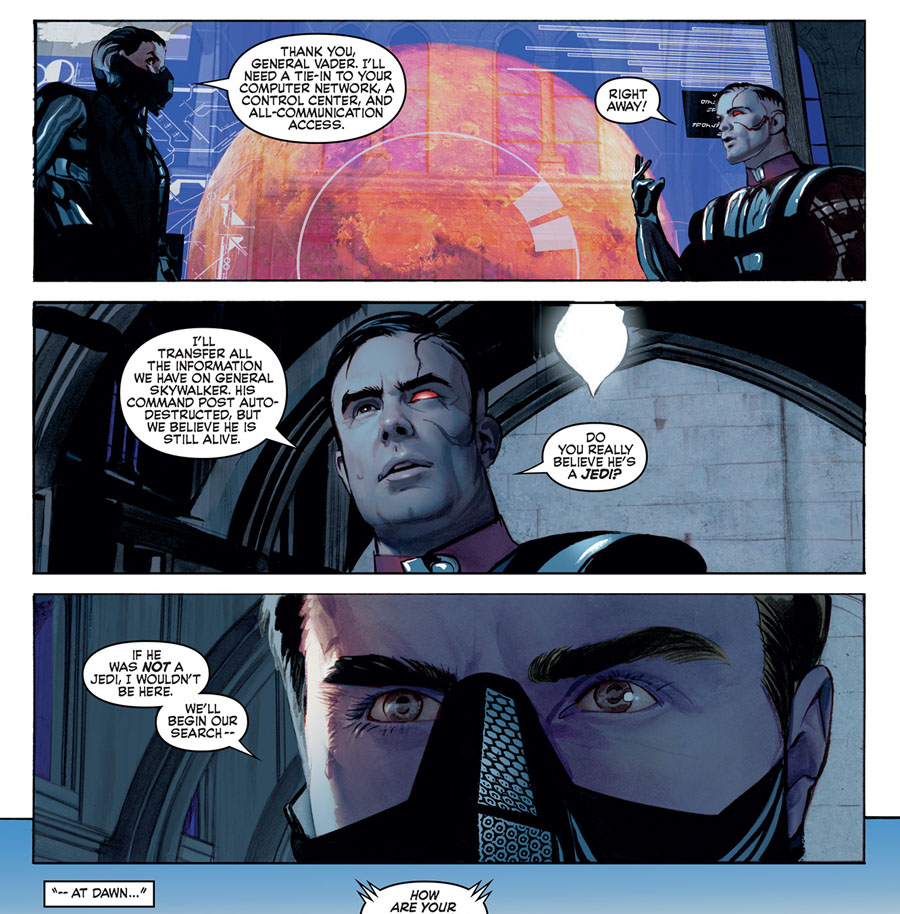 You'll also notice in these images that Vader isn't as cybernetic as he is in the final films. Lucas originally did not envision him as a cyborg. That came in a later draft of the script, as described here at starwars.com:

“Early in the script there was a description of Vader crossing between two ships in space so I created this mask so he could breathe in space, with a suggestion of teeth in the masks [sic] grillwork,” McQuarrie said. It was not until the fourth draft that Lucas wrote in more of the backstory of Vader, with his connection to Ben Kenobi and Luke’s father, as well as the duel that followed between Ben and Vader after Vader killed Luke’s father. The duel ended with Vader falling into a volcanic pit and needing the suit and mask that Ralph McQuarrie had come up with.

So, while Vader did undergo some changes between his inception to his ultimate depiction in the Original Trilogy, there doesn't seem to be anything to indicate that Lucas ever planned for him to be a non-human character.

In 2005, George Lucas was on the Tonight Show and said he originally had Luke be a sixty-five-year-old man, and Vader was supposed to be a character which morphed into General Grevous. Others involved in the production persuaded him to change it.

Not the answer you're looking for? Browse other questions tagged star-wars a-new-hope darth-vader behind-the-scenes george-lucas or ask your own question.

30
What story plans did George Lucas have for Obi-Wan killing Luke’s father?
10
Did Khan disapprove of Spock in an early draft of “Space Seed”?
20
If Darth Vader discovered Luke was his son from the Emperor in the 2004 retconned version of “The Empire Strikes Back”, then how did the Emperor know?
23
Why didn't Darth Vader tell Sidious that Obi-Wan disappeared instead of dying?
17
Why is Darth Maul “it”?
11
Is the Leigh Brackett first draft of the script for Star Wars episode 5 available?
104
Did Darth Vader wear the same suit for 20+ years?
47
Is there an in-universe explanation given to the senior Imperial Navy Officers as to why Darth Vader serves Emperor Palpatine?
42
What were the prevailing real-life cultural connotations of “clones” in 1975 (Star Wars' 3rd draft)?