How many people recognized that Dumbledore owned the Elder Wand?

How many people knew Dumbledore owned the Elder Wand? 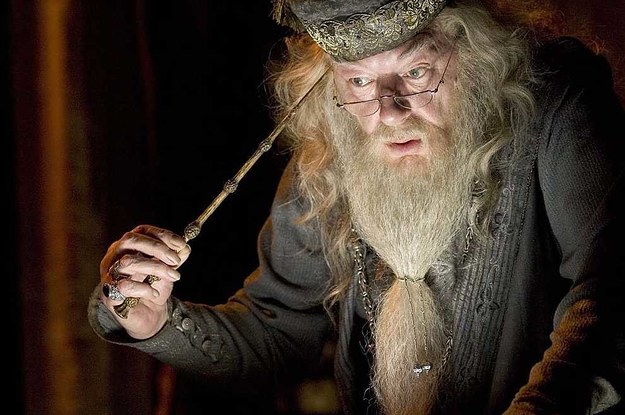 The wand had a bloody history. There were legends about it and its owners. It was believed to be unbeatable, and the most powerful wand ever made. Xenophilius Lovegood said "the bloody trail of the Elder Wand is splattered across the pages of Wizarding history."

People had probably described its appearance many times over the centuries. At fifteen inches long, it was among the longest wands ever made. According to the Harry Potter wikia, the Elder Wand is noticeably unique from other wands in its appearance, particularly because it bears carvings that resemble clusters of elderberries running down its length.

It's possibly so famous that asking your typical wizard/witch to describe it is like asking a random person in real life to describe the Mona Lisa. And when Albus Dumbledore uses a powerful wand to accomplish powerful spells, you'd think people would recognize the wand in his hands.

Did people recognize that Dumbledore owned the Elder Wand? (other than Ollivander and Voldemort)

Edit to add: Grindelwald knew. And Gregorivitch probably knew if he was still alive after Dumbledore's duel with Grindelwald. Snape might have known if he and Dumbledore planned for Dumbledore to die undefeated so they could reduce the power of the Elder Wand. But other than those versed in wandlore or those who interacted closely with Dumbledore, did the general public know? 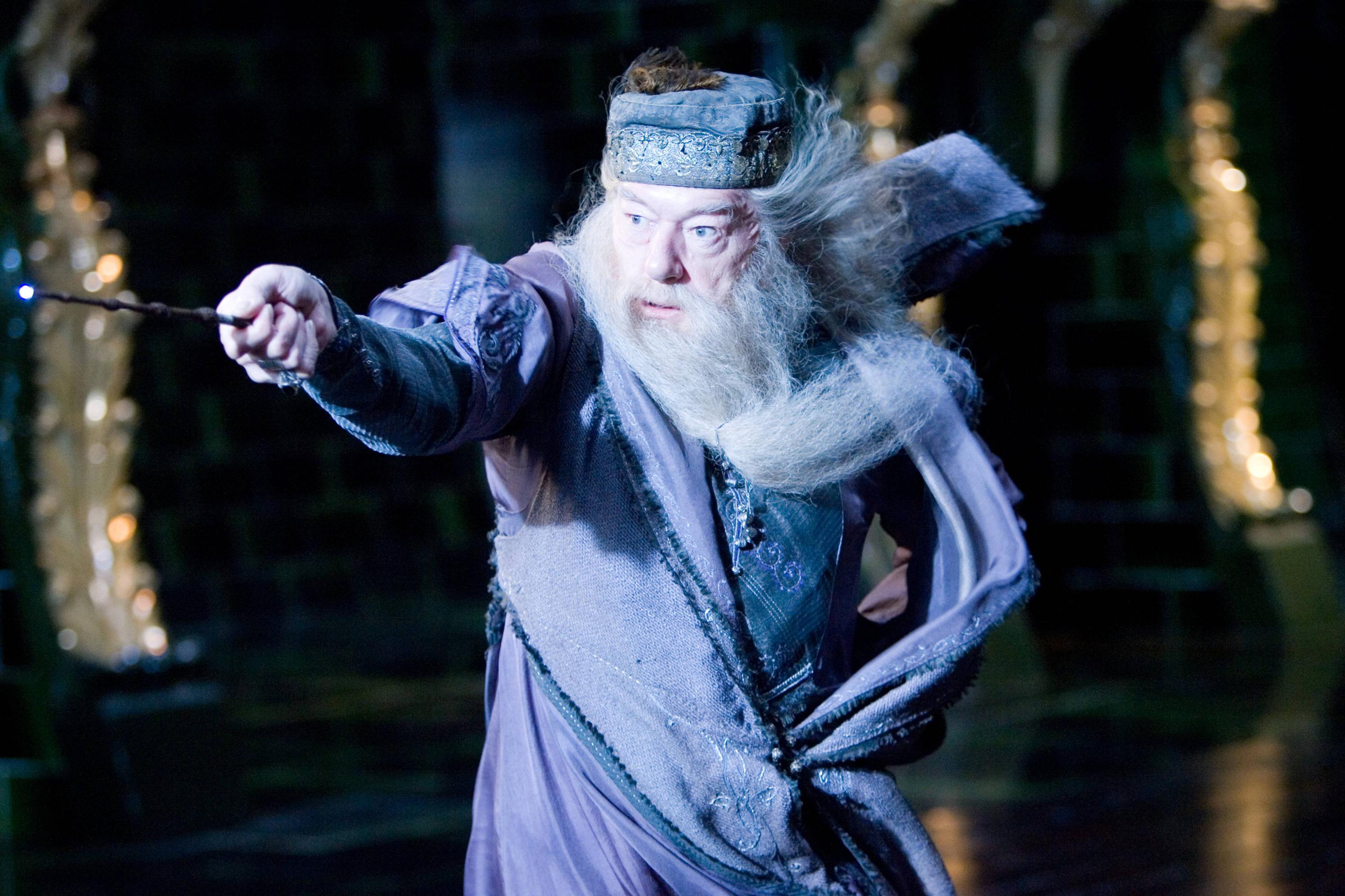 It's possibly so famous that asking your typical wizard/witch to describe it is like asking a random person in real life to describe the Mona Lisa.

No, it isn't that famous. The very existence of Deathstick and Wand of Destiny type multiple names suggest how Elder Wand can't be compared with Mona Lisa. The wand appeared so many times in the history and disappeared again. There wasn't any conclusive evidence that such a wand even existed. It existed in the form of rumors and only Xenophilius Lovegood type crackpot people or some exceptional wizards having extraordinary insights used to believe in such rumors with 100% confidence.

Talking about visual details of the wand, first, only few had seen Dumbledore using a wand. Dumbledore is a celebrity in wizarding world and normal people can barely get microscopic details of a celebrity if he/she is actively hiding that detail (nude photo leaks are muggle things). Second, nobody had a real picture of Elder Wand from the pages of history.

The bloody trail of the Elder Wand is splattered across the pages of Wizarding history.
- Xenophilius Lovegood

Dumbledore was different from other Elder Wand owners in this respect. He never went out to spread terror and to show off powers of Elder Wand. Meaning, bloody trail of Elder Wand actually stopped after its ownership fell to Dumbledore. This should be enough to turn down rumors.

Update:
The Elder Wand appeared in a famous kid story which was familiar to every wizarding household, but the main problem was that the wand was made by Death itself. Thank you very much. Why would general public believe in such bullshit? Possibility of Elder Wand's possession by Dumbledore is next stage of thought. Dumbledore couldn't possibly own an imaginary thing.

It is most likely that none of the public at that time knew.

It is never stated whether anyone else, save Grindelwald + Voldemort, knew that Dumbledore had the wand. It is only stated that people knew about the wand, not of the possessor.

Your point on the uniqueness of the Elder wand is correct, but, it is mentioned in the quote that these unique characteristics of this wand is recognised by those 'learned in wandlore'. (Emphasis mine)

"Oh yes, yes, it is perfectly possible to trace the wand's course through history. There are gaps, of course, and long ones, where it vanishes from view, temporarily lost or hidden; but it always resurfaces. It has certain identifying characteristics that those who are learned in wandlore recognise [...]

Therefore, only those learned in wandlore seem to be able to recognise the Elder wand. I believe you're taking the film references of the wand to be canonical. The films show very distinct characteristics of the wand: e.g. the grooves and the unique shape. This is not so in the canonical universe, as mentioned above in the quote.

As you have stated, both Grindelwald and Voldemort knew that Dumbledore had the wand. Grindelwald, since Dumbledore had defeated him. Voldemort only learnt that after he visited Grindelwald in his prison. Other than these 2, no other individual was stated to have recognised Dumbledore's wand. Ollivander most certainly did not:

'It was a rumour,' whispered Ollivander. 'A rumour, years and years ago, long before you were born! I believe Gregovoritch himself started it. You can see how good it would be for business: that he was studying and duplicating, the qualities of the Elder Wand!'

The fact that Ollivander calls it a 'rumour' and the use of the word 'believe' proves that he wasn't sure if Greg actually had the wand; so he definitely couldn't be sure that Dumbledore had it.

Xenophilius, as well, is aware of Wand's existence, but unaware that Dumbledore had it:

'So where do you think the Elder Wand is now?' asked Ron.

Hence, these 2 people (including Greg), were aware of the wand's existence, but never knew that Dumbledore possessed it.

'[...] The trail goes cold with Arcus and Livius. Who can say which of them really defeated Loxias, and which took the wand? And who can say who may have defeated them? History, alas, does not tell us.'

For those who had not heard Greg's rumour of him possessing the wand(Xeno), they would have no idea that the Elder wand was with Grindelwald, and subsequently Dumbledore.

It is likely that does who were present at the Grindelwald VS Dumbledore battle saw Dumbledore taking the wand, but it is never stated.

Lastly, I would also like to add that the Elder wand wasn't exactly 'famous' in Harry's time. The Elder wand was known by multiple names, and hence people couldn't confirm that these wands were all the same. (This is better explained by I Love You's answer.)

Not the answer you're looking for? Browse other questions tagged harry-potter albus-dumbledore wandlore or ask your own question.

21
Whose idea was it to put the Elder Wand in Dumbledore's Tomb in the first place, instead of somewhere considerably less likely or vulnerable?
6
Did people ever notice that the wands that Dumbledore wielded before and after his legendary duel with Grindelwald were different?