I have a very faint memory of seeing a movie on TV, more than like in the early 80's, where the hero was completing quests which would result in crystal shards being restored on a crown. When there was one shard left to collect, the hero's partner, a woman of course, sacrifices herself as she was the last shard.

This sounds a lot like the storyline that ran through Doctor Who's original 16th series/season, The Key To Time. They were theoretically gathering the six segments of the titular object. As with most of the show's series at that point, the 26 half-hours of the show were split into 6 stories, each one involving retrieving one of these six parts. The final part was the princess of a planet. She was not the lead character's partner; however, in the following series, the lead character's partner (Romana) regenerated, and in doing so chose to duplicate the form of the former princess.

Tom Baker played the Fourth Doctor, Mary Tamm played Romana during this series, and Lalla Ward played the princess, and Romana in the following two series of the show. The show is a well-known BBC production. That series originally ran from September 1978 through February 1979. The show was frequently seen on US PBS stations through the 80's and 90's, and those may have had the option to show either the 26 individual episodes, or the 6 stories in their entirety.

The titles of the six stories are:

Was it The Dark Crystal? It was a puppet movie by Jim Henson of Muppet fame.

On another planet in the distant past, a Gelfling embarks on a quest to find the missing shard of a magical crystal, and so restore order to his world. - imdb 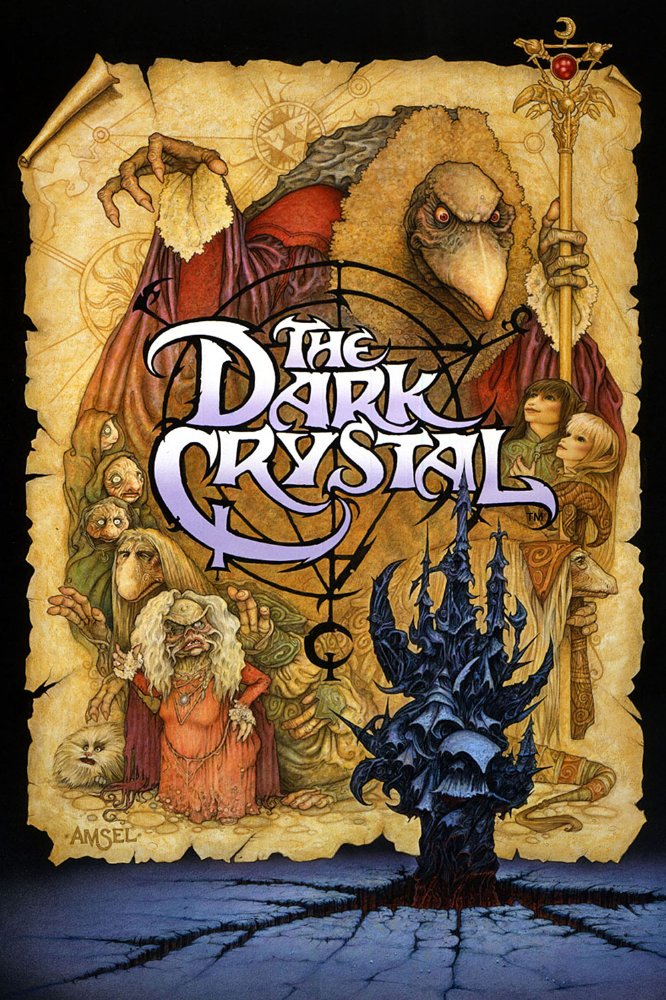