Can an orc be good? [duplicate]

In Tolkien's Legendarium, is there any way for any character to make orcs which would be as "good" as the other free races? This is independent of whether any actual "good" orcs existed in the story.

In the typical interpretation of canon, there are no examples of orcs being redeemed. Neither are there records of attempts to redeem orcs, so we cannot know for certain. I believe the other races failed the orcs by refusing to try, even when they had safe opportunities.

Tolkien’s world is filled with reclusive types, from the homebody Hobbits to the ethereal Elves. A major plot element of the Lord of the Rings is the characters’ reluctance to leave their homes and fight, even under the threat of world domination by Sauron or Saruman. These characters didn’t want to deal with orcs in peacetime. I suspect that yes, at least some individual orcs were redeemable, but the "good" characters were not willing to do it.

The major problem with orcs seems to be their extreme aggression and violence. However, the most murderous orcs we meet seem like gentle pacifists compared to certain animals in our world, notably minks. Orcs do seem capable of living in tribes, even in periods and localities where the Dark Lord is weaker. With Shagrat and Gorbag, the Mordor-orcs that fought to the death over Frodo’s armor, their entire units lined up behind their respective captains. Minks are solitary and basically can’t share their territory with conspecifics of the same sex, at all, because they’re out to kill their neighbors. See this video: Three CRAZY mink fights!

I like many things about orcs–they’re intense, they’re predatory, they’re hyper-active, they’re unapologetically undecorated, and they will not hesitate to throw comfort to the winds to Get Things Done. Their tireless energy distinguishes them from the other races, to the point that orcs were actually essential for driving the Fellowship forward at critical moments. Gandalf admits, "So between them our [Orc] enemies have contrived...to bring Merry and Pippin with marvellous speed...to Fangorn, where otherwise they would never have come at all!"

If orcs could be redeemed, what might that require? Determination, strength, patience, pain-tolerance, sympathetic understanding of their psychology, appreciation of their predatory energy, and perhaps some accommodation of their individuality. These are similar to Joseph Carter’s recommendations for prospective owners of minks, which he admits are dangerous and inappropriate pets for all but a tiny minority of households. Even longtime mink fur farmers had warned him, when he started to work with them, that minks are untamable. However, Carter is different from the heroes of Tolkien’s canon, in that he loves how minks are "one of Nature’s most intense predators." He has trained more than a dozen minks as pets and hunting partners, and his methods are described in his book and video series. 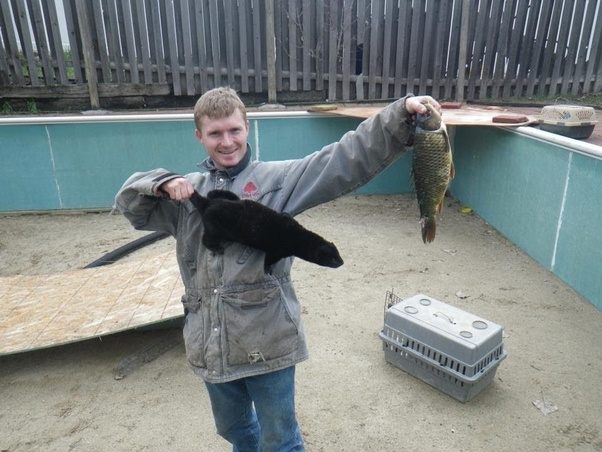 The "good" characters we meet seem to lack Carter’s level of interest, patience and attention to psychological detail. In Letter 246, Tolkien describes how they bungled the redemption of another villain, Gollum. He writes: "If he [Sam] had understood better what was going on between Frodo and Gollum, things might have turned out differently in the end. For me perhaps the most tragic moment in the Tale comes...when Sam fails to note the complete change in Gollum’s tone and aspect...His repentance is blighted..."

We cannot conclude orcs are fundamentally different from Gollum, and irreversibly evil. Even when we meet the members of a single breed such as Uruks, it is notable that those bred by the Istar Saruman seem to show positive qualities such as courage and loyalty that are missing in other strains. When the Mordor-uruk Shagrat encounters a comrade trapped in spiderweb, "we didn't touch him - no good interfering with Her [Shelob]." In contrast, the Isengard-uruk Ugluk risks his life for his mission and his colleagues. In the field, he fiercely demonstrates and promotes the values such cohesiveness would require, as I describe here. This improvement is ignored by the "good" characters. However, if it is a true change in the Uruks, Saruman was able to make major headway in orc redemption.

Not the answer you're looking for? Browse other questions tagged tolkiens-legendarium the-lord-of-the-rings orcs or ask your own question.

84
What is the true origin of the Orcs?
12
How could Orcs survive in subterranean settings?
8
Orc and other evil creature toxicity
19
Do orcs get paid?
4
Are there any recorded cases of Orc/Goblin clans going to war with each other?
25
From what distance can Sting detect Orcs or Goblins?
124
When and why did orcs go green?
11
Tolkien's capitalisation of races, i.e. Elf, Dwarf, Orc
37
Was The Hobbit meant to be an adaptation of There and Back Again by Bilbo?