The theory of general relativity published by Albert Einstein in 1915 states that a sufficiently compact mass can deform spacetime to form a black hole.

Black holes are therefore nothing more than an accumulation of mass so strong that it's actually able to draw everything to itself, including radiation and electromagnetic waves.

Since all the suit does is shrinking the owner's body, but not depriving it of its mass, is it possible for the black hole to occur, cause of the accumulation of mass in a small space?

Ant-Man doesn't use Relativistic Physics to shrink (or Enlarge) himself. He uses an imaginary particle known as Pym Particles! Thus the "real world physics" doesn't affect him. He could shrink indefinitely (like in the movie) and wouldn't create a black hole.

Now to answer the exact question, Could he create a black hole? The answer is that It Depends. It depends on the plot and the story the next writer wants to write and if he wants to add creation of black holes in the Ant Man's repertoire. (He doesn't need to shrink himself, just pick any random object)

Since all the suit does is shrinking the owner's body, but not depriving it of its mass, is it possible for the black hole to occur, cause of the accumulation of mass in a small space?

When Ant-Man shrinks, his mass doesn't remain constant. You can see it in the movie. He can ride ants. While ants can carry impressive amounts of mass, they have trouble carrying us (try stepping on an ant; talk to animal activists first). With Ant-Man so small and mass 60 Kg, his weight will actually crush any ant badly.

So where does the mass go?
Pym Particles push mass into "Kosmos Dimension" while shrinking Ant-Man and pop mass from the same while enlarging. 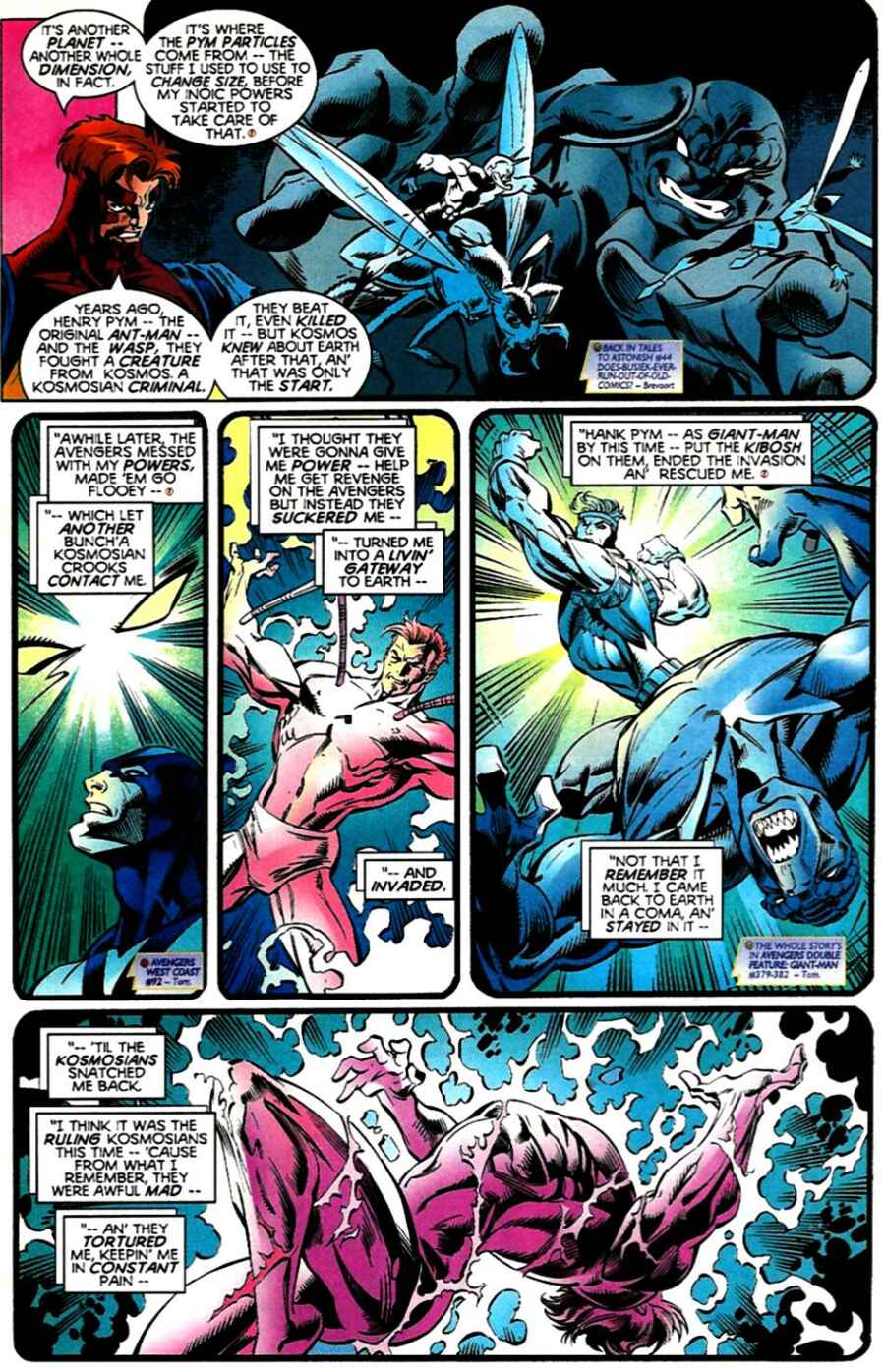 According to Hank Pym's scientific article "Ha, Ha I'm Giant-Man Now: Screw you, All other Physicists", Pym Particles also violate Galileo's Square-Cube Law which is one of the bases of Einstein's General Theory of Relativity.
(Source: Unbeatable Squirrel Girl Vol. 2 #14 (2017))

I do not know how exactly massive objects bend space as light travels in minimal distance through bent space and that is the reason for it circling the black hole, but I suppose such gravitational pull should be more than enough to bend space properly to trap light.

P.S. Small black holes, in that case as small as hydrogen atom would evaporate very fast. I Have not read many Ant Man comics, but the fact should definitely occur to writers, and I suppose there should be threshold where Ant Man's mass starts to decrease as he continues to shrink.

Not the answer you're looking for? Browse other questions tagged marvel marvel-cinematic-universe physics ant-man ant-man-2015 or ask your own question.

14
Interstellar — Black hole manipulation?
5
How could Ant-Man be seen?
3
What are the safe limits of the Ant-Man suit?
9
How did they accomplish Ant-Man's opening helmet?
13
Why didn't Spider-Man's spider-sense detect Ant-Man's attack?
4
Has a super being like Thor or an X-Man used the Ant-Man suit?
7
Does Ant-Man need his suit to shrink?
11
Have Ant-Man's terrifying powers been explored by the authors before?
19
How can Hank shrink without his Ant-Man suit?