Why didn't the Emperor deploy the Sith superweapon on Malachor?

In the Star Wars Rebels episode Twilight of the Apprentice, a massive temple built by the ancient Sith was discovered on the planet Malachor. The temple held a colossal Kyber crystal and was in fact a Sith superweapon capable of destroying life with an enormous beam, apparently similar to the Death Star's primary weapon.

Presence: The power to destroy life is at your command.

Why didn't Sidious deploy this superweapon, but wasted years on constructing the Death Star? The Darth Maul comics series reveal that he was well aware of the temple. Darth Vader was also committed in furnishing the superweapon to his master.

Darth Vader: The power within will soon serve the Emperor.

So why didn't they?

In universe: Looks like Sith temple-superweapon could destroy life only on planet it was constructed. This exactly happened first time it was activated during Great Scourge of Malachor. Every Sith, Jedi and most likely every living being was killed, but only on Malachor. Planet was left lifeless, but was that original design (similar to Thought bomb and Ritual of Nathema in Legends), or was it some kind of flaw is unclear. Anyway, as such, it was unsuited as a weapon of choice for Tarkin Doctrine and rule by fear, which required ability to destroy any planet in Galaxy.

Also, of course, temple itself was destroyed at the end of relevant episode, and I doubt there were blueprints for it. Therefore, it become lost technology.

Out of universe: Looks like whole idea of Sith temple was quickly cobbled up together for the finale of Rebels season 2. They needed to re-introduce Maul, and get rid of Ahsoka and Inquisitors, so they created one-time plot device of Sith temple on Malachor. Malachor is of course known from Legends, but Sith temple on it was not. Therefore it was disposable story-wise : powerful weapon to attract attention, but it could be destroyed to preserve continuity. Of course, such sloppy work sometimes leaves lose ends, like the question why Palpatine didn't examine temple much earlier, if he (like Kanan) heard stories about Great Scourge) .

The temple was no longer functional as a weapon once Ezra removed the holochron powering it. 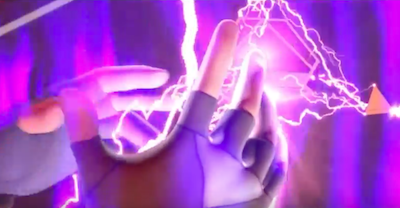 Remember, Vader clearly wasn't expecting Ezra and Kanan to sneak inside and grab it while he fought Ahsoka, and indeed, later on he attempted to recover it from Ezra's hand but was ultimately unsuccessful.

Now back to the temple itself, what Ezra did is basically equivalent to pulling the plug on a running PC—yes, it turns the thing off but often results in unintended side effects. In this case, removing the holochron disrupted the flow of energy within the temple, initiating the collapse. This disruption likely also damaged the main kyber crystal, which could have been the cause of the large explosion seen as the Phantom is flying away: 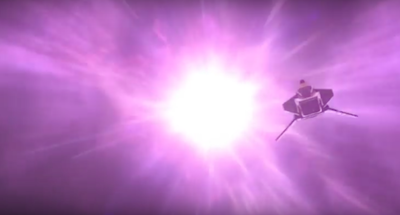 This is consistent with other kyber-related explosions we've seen in other places. In particular, the more recent episode Holochrons of Fate (season 3, episode 2) shows us another example, when

Maul and Ezra combine the Jedi and Sith holochrons, ultimately resulting in an explosion that "destroys" both of them.

Ezra is literally feet away when this happens, but neither he nor his companion are physically injured, nor is there any damage to the room. Given this, it's not at all surprising that Ahsoka and Vader survived the blast—the explosion is likely more representative of the breakdown of whatever Force-based metabehaviors are embedded in those objects. Consider the fact that:

The pieces of the destroyed holochrons are still there and intact, but they no longer "stick" together:

So in conclusion, yes, the temple was still there, but it was no longer in actual working condition.

Not the answer you're looking for? Browse other questions tagged star-wars sith death-star star-wars-rebels kyber-crystal or ask your own question.

28
How does Yoda know that the name of other Sith is Darth Sidious?
36
Are there any blue Sith?
10
Were Kyber crystals mentioned in the Star Wars movies prior to Rogue One?
8
Is it always necessary for the Sith to commit murder?
4
Was dual symmetric form especially significant to the Sith?
11
Why didn't Palpatine wait until after he learned the secret of cheating death before killing his master?
4
Why didn't the Sith clone Inquisitors?
6
Was Darth Maul part of the Separatist movement?
8
Difference between Darth and Lord