Does this version of Fantastic Beasts and Where to Find Them contain images throughout?

I am looking for a version of Fantastic Beasts and Where to Find Them by Newt Scamander/J.K. Rowling that has drawings of (most of) the beasts detailed in the book.

In my local bookstore was the pocket version of the book, which doesn't contain images.

Fantastic Beasts and Where to Find Them. 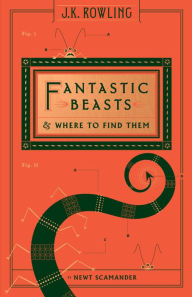 As I said, I only want to buy the book if I can find a version with drawings in it. The preview of the book mentioned above looks promising, but as I can't see beyond the first few pages, it's not enough to decide on.

can anyone confirm that this book does indeed contain drawings throughout the pages?

I checked with the owner of the bookstore and he didn't have anything like what I want available (or on record), he did however offer to order the book if I ever found the ISBN of a book I liked. But still, I can't ask that if I don't know I will like it.

PS: I'm looking for the companion book to the Harry Potter world (originally from 2001), not the screenplay on the film of the same name.

There was a Pottermore news post in January 2017 reporting a new edition of the textbook, featuring new beasts (from the film) and line illustrations:

Six new magical creatures will feature in this up to date edition, out on 14 March, as well as a brand new foreword from Magizoologist Newt Scamander and some beautiful line illustrations by artist Tomislav Tomic.

Augurey-eyed readers will notice the March 14 release date in that excerpt, which matches with the "publication date" on the Barnes & Noble page: 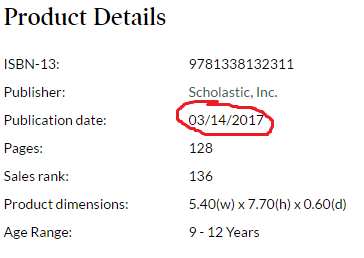 The page also contains a list of variant covers; the cover of the book you've provided is the Scholastic-specific cover: 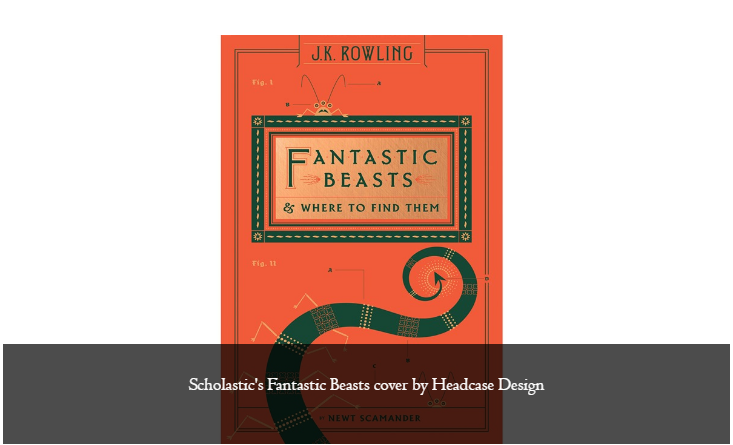 Although they don't outright list ISBN numbers (and the provided link to B&N goes to the ebook edition, not the hardcover), I feel confident in linking them.

So yes, that edition would seem to have illustrations. The Bloomsbury Facebook page has occasionally posted samples of Tomic's drawings, including this one of a Thunderbird: 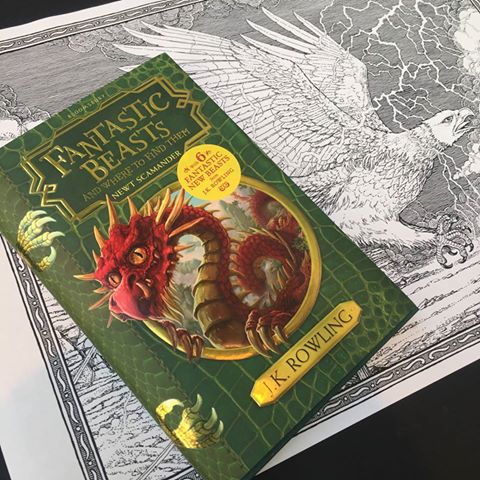 ...but I recommend you hold off on ordering

An illustrated edition of Fantastic Beasts was announced at some point (the earliest references I can find are February 2017). This edition will reportedly feature full-colour illustrations of each beast, which seems to be more in line with what you want:

This glorious new edition of Newt Scamander's Fantastic Beasts and Where to Find Them (considered a classic throughout the wizarding world) features an extraordinary array of magical creatures, from Acromantula to Yeti via ten different breeds of dragon – all beautifully illustrated in full colour by the brilliantly inventive, Greenaway Medal shortlisted Olivia Lomenech Gill.

You can pre-order the book on the B&N website, where it is slated for release in November, 2017.

43
For which subject do the first years in Hogwarts need "Fantastic Beasts and Where to Find Them"?
22
How did Newt graduate from Hogwarts if he got expelled?
12
What creature is this? (Fantastic Beasts and Where to Find Them)
14
Why does the Obscurus not appear in the textbook?
3
Why don't they use beasts in Defense Against the Dark Arts subject?
29
How does the new edition of the Fantastic Beasts book differ from the old one?
14
How did Newt manage to catch a Nundu?
7
Why did Newt and Jacob enter the case?
6
Why was Newt banned from international travel?