How did the dog-Thing know where to run when it fled the Norwegian base?

The two bases are 80 km away from each other and the next base is a Soviet one about 50 km away. Sensing a base from 80 km away is not easy, but the dog-Thing gets there. 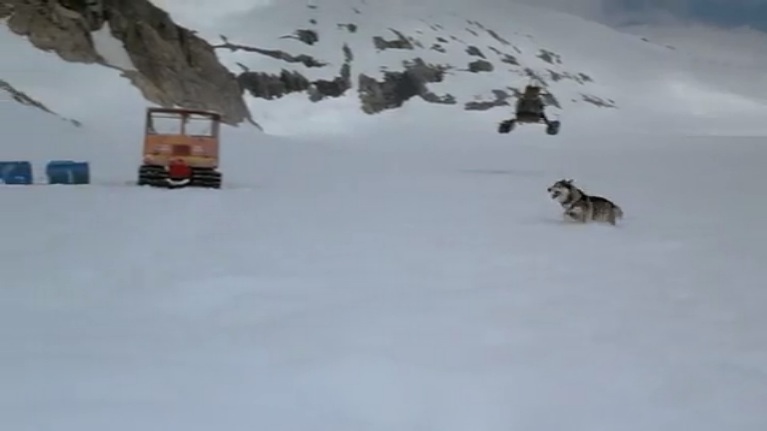 I am less interested in answers from these sources, but would consider them in lieu of answers from better sources.

If this question is not covered by any materials, please don't speculate, but just say the answer is not known yet.

In Who Goes There? the alien is telepathic and learns a great deal of what the humans around it know. Of course, in the original story, the Norwegian base and the dog-thing do not appear. However, if the creature in the film has the same telepathic abilities as the one in the novella, it could easily have learned by reading the Norwegians' minds where the American base was located. (Although the two outposts are not in contact, they are aware of each other.)

The key passage identifying the creature as telepathic.

Barclay shook his head. "I didn't care to listen much. You can if you want to. But I gathered that the blasted idiot had all the dreams McReady had, and a few more. He slept beside the thing when we stopped on the trail coming in from Secondary Magnetic, remember. He dreamt the thing was alive, and dreamt more details. And -- damn his soul -- knew it wasn't all dream, or had reason to. He knew it had telepathic powers that were stirring vaguely, and that it could not only read minds, but project thoughts. They weren't dreams, you see. They were stray thoughts that thing was broadcasting, the way Blair's broadcasting his thoughts now -- a sort of telepathic muttering in its sleep. That's why he knew so much about its powers. I guess you and I, Doc, weren't so sensitive -- if you want to believe in telepathy."

"I have to," Copper sighted. "Dr. Rhine of Duke University has shown that it exist, shown that some are much more sensitive than others."

Rhine, by the way, was a real scientist who claimed to have demonstrated telepathy in a number of experiments.

The humans take the thing's mind-reading ability into account as they plan ways to fight it.

"Say, couldn't Norris or Van give Connant some kind of a test? If the thing is brighter than men, it might know more physics than Connant should, and they'd catch it out," Barclay suggested.

Copper shook his head wearily. "Not if it reads minds. You can't plan a trap for it. Van suggested that last night. He hoped it would answer some of the questions of physics he'd like to know answers to."

22
In The Thing, do assimilated victims know that they are Things?
19
How did the Thing build a spaceship?
13
Did the Chess Wizard from The Thing actually cheat?
7
Would two assimilated humans in the Thing know each other is a Thing?
8
Why did The Thing put itself in danger in the ending of the 2011 prequel?
6
Can The Thing infect plants? If so, how would The Thing go about doing it?