The following conversation happens in the movie:

Nick Fury: I don't know about that, but it is powered by the cube. And I'd like to know how Loki used it to turn two of the sharpest men I know into his personal flying monkeys.

Thor: Monkeys? I do not understand.

Steve Rogers: I do!

Needless to say - I didn't understand that reference. What does it reference to - if anything?

"Personal flying monkeys" is a reference to The Wicked Witch of the West's army in The Wizard of Oz.

Flying monkeys is a reference to the Wicked Witch of the West's minions in The Wizard of Oz (1939). The joke is that the reference is so dated that Cap gets it, unlike cultural references to things he missed while frozen. 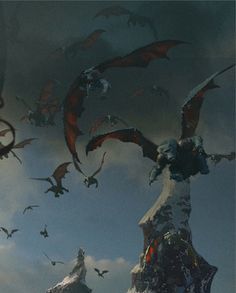 Captain America was frozen in ice from around 1943 to around 2012. so he doesn't know thousands of cultural references like "Here's Johnny", Bueller, redpill, etc.

This running joke's denouement is when Cap actually gets one: the Flying Monkeys reference by Nick Fury about Erik Selvig and Hawkeye.

He gets it because it is from the motion picture The Wizard Of Oz, wherein the evil character the Wicked Witch of the West has an army of minions which are literally flying monkeys, which act as relatively mindless (being monkeys) drones.

The Wizard of Oz was released in 1939 and was immensely popular (which is why 'Cap knows it) and has remained timeless, being often re-released both in theaters and in home media (which is why the rest of the Avengers know it). Decently cultured cities have movie theaters that specialize in classic films and indies, and you can bet somewhere in the world one of them is playing it this weekend. It is that big.

Not the answer you're looking for? Browse other questions tagged marvel marvel-cinematic-universe avengers captain-america the-avengers-2012 or ask your own question.