Sci-fi movie about good and evil android on space ship

I'm searching for a Sci-Fi movie I saw in my childhood (late 80s - early 90s). The movie was about a crew on a spaceship with two similar looking androids or robots; one evil trying to kill the crew and one good fighting to save the crew.

The Robots had a similar head shape like the Human Helmets from Battlestar Galactica and some kind of green color in their face.

Could this be the Doctor Who serial "The Robots of Death"? This is what the robots looked like: 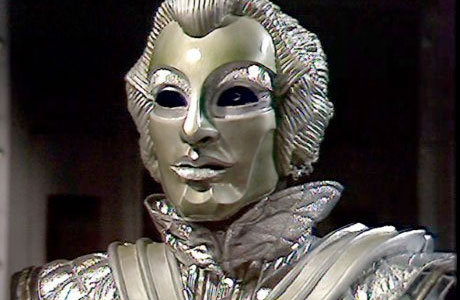 Good robots trying to save the crew, check.

They vaguely look like the helmets from Battlestar Galactica, half a check.

USS Palomino encounters a long-lost and apparently abandoned ship stuck mysteriously surviving near a black hole. On board they find Dr. Hans Reinhardt and his menacing-looking robot Maximilian (who looks a bit like an original Cylon), along with other robots and masked servants. 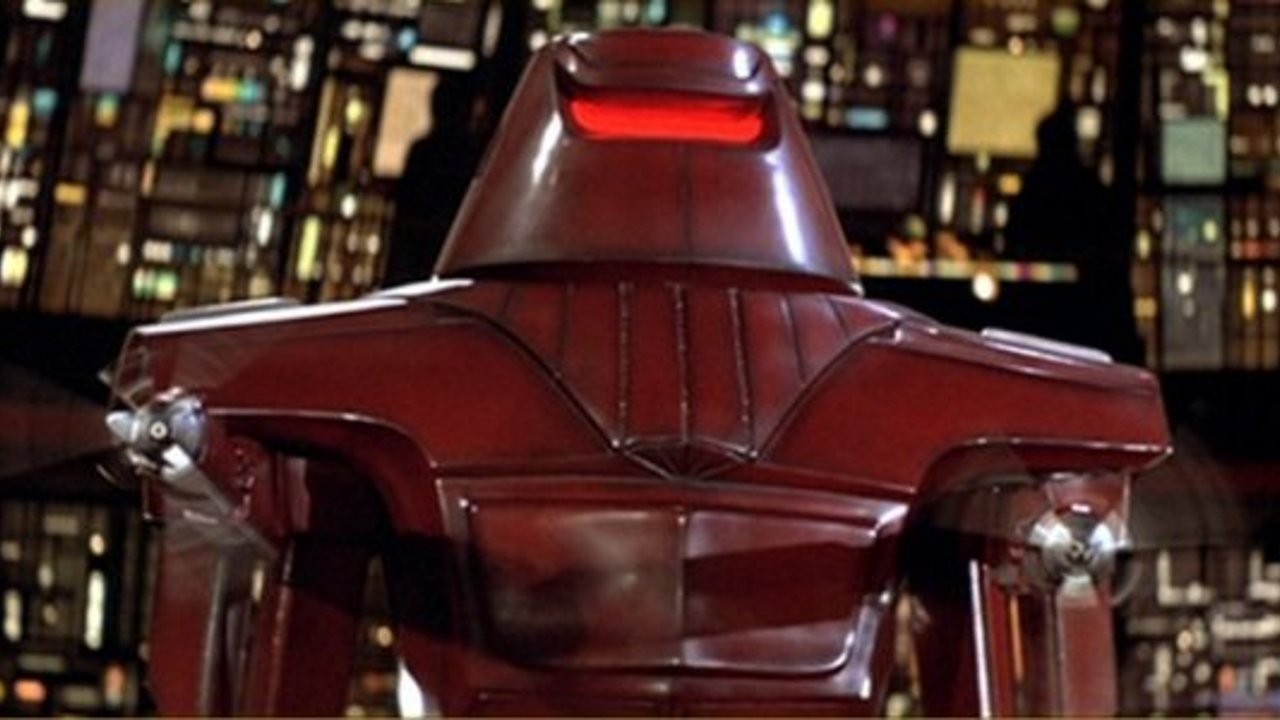 The Palomino crew have a robot companion which finds a battered-looking earlier model of itself and which later helps them fight Reinhardt's minions.

Missing the green about the face, though...

Here is the TMDb synopsis:

Jowitt, a mercenary without recluse institutes a totalitarian regime in a small mining city of an arid planet, Ordessa, helped in that by androids incapable of any emotion. The young Lorca and his android professor, Kid, are both in this tended situation. To find the liberty, they must at any costs seize a spaceship, the "Red Star", but they quickly have to face an android killer...

Here is an image of one of the androids:

I think that jibes with the description.

I think the scene described in the question is at around 1:20:00 on that YouTube video.

Not the answer you're looking for? Browse other questions tagged story-identification cyborg androids or ask your own question.