Is Batman: Arkham City set before or after the birth of Damian Wayne?

In the video-game Batman: Arkham City, Talia al Ghul and Bruce Wayne's conversations make no mention of their son. Is the game set before, after or on an entirely separate timeline to Damian's birth?

Arkham City is a completely different timeline than the current DCnU. It also does not fall within the canon Post-Crisis worlds established including Zero Hour or Flashpoint. It is a completely separate timeline from any active DC Universe. This does not mean it could not be assigned to one of the 52 universes currently available to the DCnU.

Paul Dini, a writer of the Animated Series has written a self-contained series of stories to contain this particular universe. The stories appeared in May of 2011.

Batman: Arkham City picks up one year after the original game, where former Arkham Warden turned newly elected Mayor of Gotham City Quincy Sharp has decided to close down the infamous institution. In its stead, he establishes Arkham City, the new maximum security home for all of Gotham City's thugs, gangsters and criminals. Inmates can roam free and do whatever they want as long as they don't try to escape. To run this urban prison, Sharp has appointed Dr. Hugo Strange, a man who knows that Bruce Wayne is Batman. 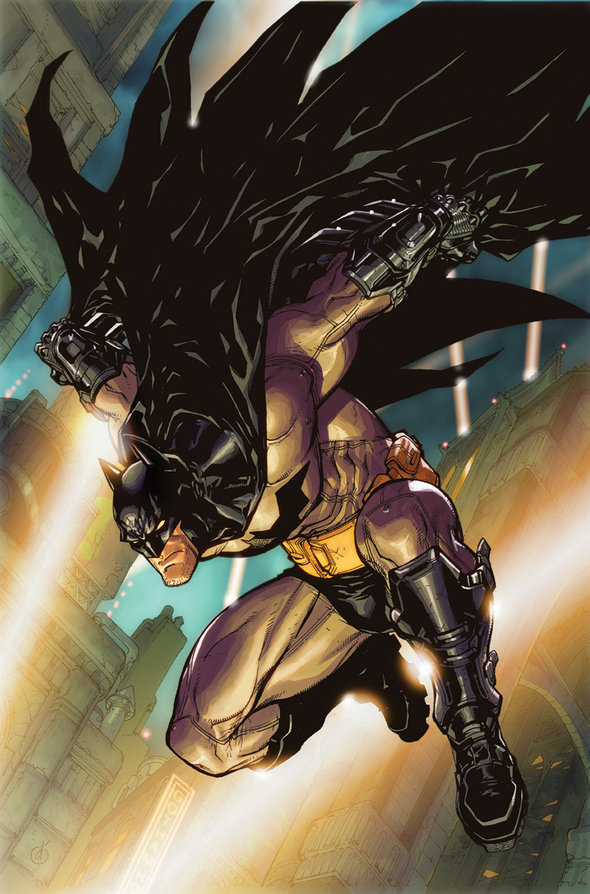 Not the answer you're looking for? Browse other questions tagged dc batman video-games arkham-series or ask your own question.

17
Can the Lazarus Pits be used to reliably bring people back from the dead?
10
In the new 52 how is it possible Bruce Wayne has a 10 year old son with Talia?
1
Is Batman Begins set in the same timeline as Batman, Batman Returns, Batman Forever, and Batman and Robin?
13
Does Batman/Bruce Wayne have a quintessential “love of his life”?
9
Who was Bruce Wayne's primary martial arts trainer?
5
In Batman: Arkham City, does Batman already know about the Lazarus Pit? (Spoilers)
36
How was Bruce Wayne able to reclaim control of Wayne Enterprises in Batman Begins?
22
Has Batman ever arrested Catwoman? If so has she been sent to Arkham?
22
How many children does Bruce Wayne have?
7
On What Grounds Was Hugo Strange Able to Have Bruce Wayne Arrested in Arkham City?