Are the various “Zelda” games supposed to take place in a common universe?

This chart, translated from one found in the Japan released only Hyrule Historia, shows the full timeline of the Legend of Zelda series. 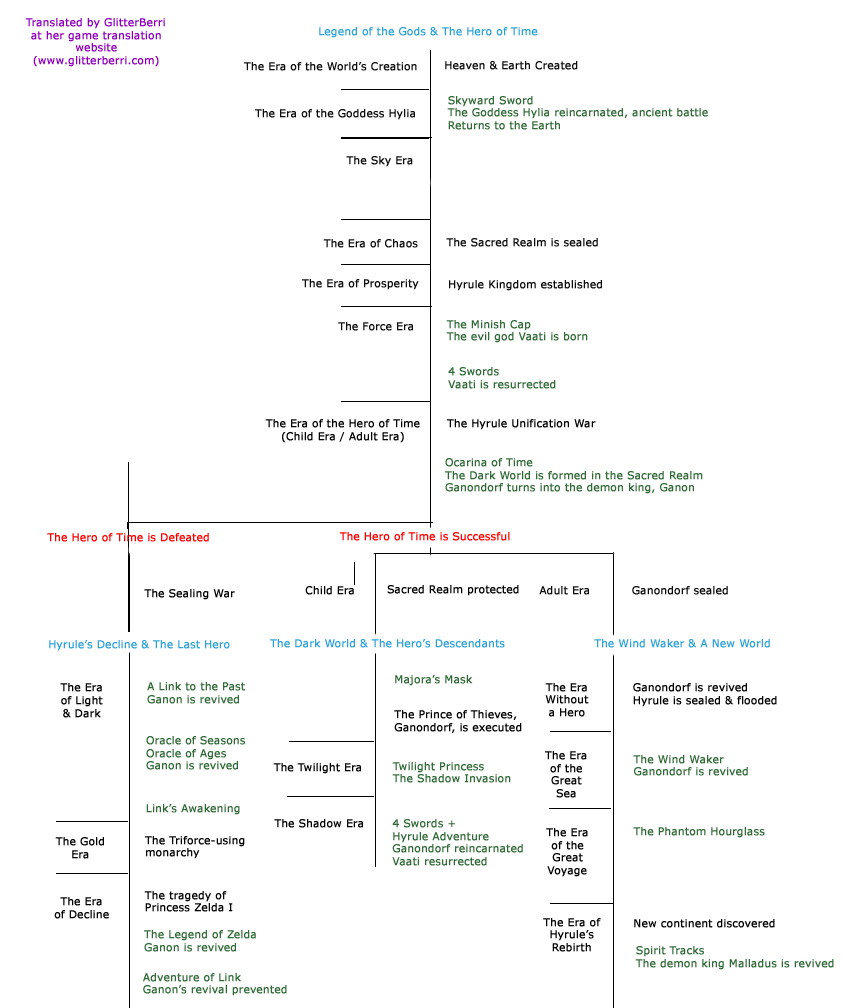 All of the games are intended to be in the same universe with several divergent timelines. It has never been fully explained, but much of the in-game mythology as explained in Ocarina of Time and The Wind Waker strongly suggests that in fact, all of the "Links" are one person. He is often referred to as the Hero of Time, and said to be called from obscurity when he is needed by Princess Zelda, who is also frequently present throughout Hyrule's history. Ganon is the name given to the dark force that opposes Link and Zelda, often under different aliases and magical transformations. It is said in Wind Waker that Link, Zelda, and Ganon are literally incarnations of the three aspects of the Triforce: courage, wisdom, and power, explaining their cycle of reincarnation/resurrection and conflict.

I can't say that they all do, but most do.

Ocarina of Time and Majora's Mask (the two games originally released for the N64) are both geographically and chronologically close to each other - you play as the same Link in both games, though in two entirely distinct areas of the same world.

It's been a while since I played it, but I always got the distinct impression when playing through Wind Waker that the "legendary Hero" mentioned was the Link from one of the earlier games (most likely Ocarina of Time).

The time periods between games can be quite large, though, so while there are generally key locations that occur in many of the games, the layouts are never the same. That also makes sense from a design point of view - people would get bored of running around Hyrule Castle, for example, if it was the same in every game.

While this is in no way canon, this YouTube video does an excellent job of theorizing on the idea of a "split" timeline and how all of the Zelda games fall in line (or don't) with each other.

14
How is the Legend of Zelda set in so many places?
11
How are the various Links, Zeldas and Ganondorfs related and connected?

32
Are there video games in the Star Trek universe?
17
What ties the various Final Fantasy series together, aside from the name?
9
Why hasn't there been a mainstream TV or movie adaptation of The Legend of Zelda?
5
What Zelda theme is this?
10
Are the Ninja Gaiden games in the same universe?
5
Who are the characters on this Legend of Zelda poster?
11
Is the Triforce of Power inherently evil?
17
Touchscreen-controlled dentist office snowman collector game