Book about a tongueless teenager who might be an alien

I recall reading this book (in Spanish, don't remember if it was a translation or originally written in Spanish) around 2005, but most likely older than that. It was aimed at early teenagers, if I recall correctly.

The details are vague, but I remember there was this kid who was mute (if I recall correctly, he didn't have a tongue), and I think he was in foster care.

The main character was a girl, I think her family adopted the boy. There were suspicions that he might not be human, though I can't remember if this was because he had supernatural abilities (telepathy?) or because of his background. He was socially awkward and I think he confessed he was an alien to the main character, who struggled to believe him.

In the end, he disappears, and I think it is implied he wasn't lying (maybe even more than implied).

This I am not sure about at all, but I recall something being mentioned about the mute kid having been part of a circus.

EDIT: FuzzyBoots found someone else looking for the book in the comments! The link he provides has more information, so I'll add it here:

Found it! It is The Nowhere Boy, by Sandra Glover. It was first published in 1997, and it was published in Spain under the name Un chico demasiado extraño. 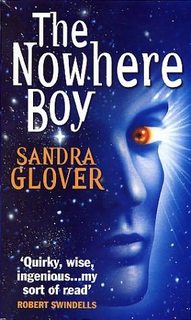 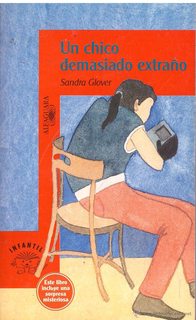 Different descriptions that seem to paint the whole picture:

J'hon becomes part of Mandy's family as a foster child. He is unable to speak but otherwise is a genius. When Rose, a previous foster child, is in danger J'hon warns Mandy telepathically. She knows he is innocent but has to prove it when Rose is snatched.

Mandy is used to her parents fostering difficult children but there has never been anyone as strange as J’hon. No one knows where he has come from and he cannot speak. But he is remarkably talented - an accomplished skater, brilliant at maths and able to dismantle and reassemble a Gameboy in seconds. Has he escaped from a circus or could he be autistic? Mandy, who prides herself on her ability to get to know people, is flummoxed - but determined to solve the mystery of the enigmatic boy.

Mandy is used to her parents fostering children, but following a particularly difficult experience with teenage Lucy, plus the bond with young Rose who is taken from the family and returned to her grandparents, she persuades them not to foster again. But when a strange, silent and rather beautiful boy is brought to the house in the middle of the night, social services persuade the family to take him on. But there is much more to the enigmatic J'hon than meets the eye, and when Rose is in trouble Mandy begins to hear his voice in her head and realises that he is speaking to her through telepathy.

As per the other person looking here, could this be a muddled memory of The Forgotten Door by Alexander Key? It has a young boy who is actually an alien (and tells others as much). He can read minds and he is adopted by the family, although he was not in foster care, and I don't think he's mute. I also can't find any mention of the circus. 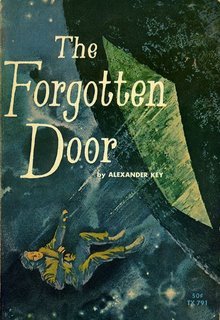 Who is the strange boy who can talk to animals and read people's minds? Where does he come from?

The boy, Jon, has lost his memory and does not know. he only knows that he has fallen through the forgotten door to the strange planet, Earth, and that he is in great danger

Soon the family who befriends him is in great danger, too. There is very little time left. Jon must find the secret way back to his planet--before its too late

6
Illustrated book with a teenage vampire, werewolf & two Frankenstein's monsters at school
31
80's/90's Show/movie about a telekinetic Alien Cat crash-landed on Earth
3
Children stories with a little alien, name?
5
Manga about a kid who's transported to a different world by going under his bed and counting to ten
8
80s-90s Book (part of a series?) About Teenager Who Fights Greek Monsters
6
2010s young adult fantasy book about a teenager who goes to live in a mansion and a young relative who watches an evil TV show