Who is this Marvel Comics character?

I am trying to identify this character. 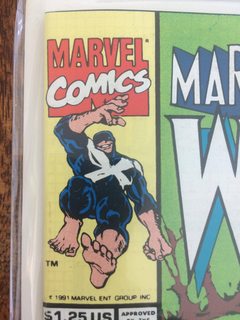 marvel comics character-identification
Share
Improve this question
edited May 19, 2017 at 17:22

That's Hank McCoy, Beast from the X-men. Before the blue fur. 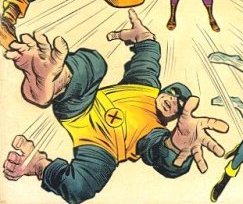 From the Wikipedia article about the transformation:

Hank isolates a "hormonal extract" allowing anyone to become a mutant for a short period of time, and uses the mutagenic serum on himself to disguise his appearance while foiling an attempt to steal his research.[12] He waits too long to reverse the process, leaving him permanently transformed. He grows grey fur, which later turns blue, all over his body and acquires pointed ears, elongated canine teeth, claws, the ability to run on walls and ceilings like a spider, enhanced senses, an accelerated healing factor, and a feral side he struggles to control.

As starpilotsix mentioned, the fur has come and gone (as it did in the movie) which can be seen in the following pic from marvel-microheroes wiki: