What I remember is that in the same movie every time the villains were defeated they came back in a new machine, I think they were all animal based but robots. They always had the same symbol somewhere on the robot.

The good guys had robots too.

I'm sure it was anime but it was in English.

Your description reminds me of the Time Bokan Series, a group of anime series by Tatsunoko Production. In all these anime series, there are similar characters:

(there may be other supporting characters, e.g. a mentor for the good guys or an extra sidekick for the baddies, but they are not "mandatory").

Usually, both sides fight with mechas, often (but not always) animal-shaped and sentient:

Often the good guys recite a motto when they appear, sometimes mocked by the baddies. These characters and their funny quirks inspired many later anime characters, such as the bad guys of Nadia: The Secret of Blue Water (with inverted features for the minions: the slim one is strong, the fat one is the engineer) and Pokemon (Team Rocket are boy + girl + talking animal and they recite a motto).

The "Time Bokan Series" name comes from the first series, Time Bokan (i.e. The Time Machine), but the most famous and iconic of these series (at least in Italy where I live) is Yatterman. In this anime, the bad guys' symbol is a skull, so all their mechas have a skull painted somewhere (instead, the good guys' symbol is the letter "Y", which appears on the "good" mechas).

But, IIRC, the bad guys have a prominent symbol in others Time Bokan series as well. 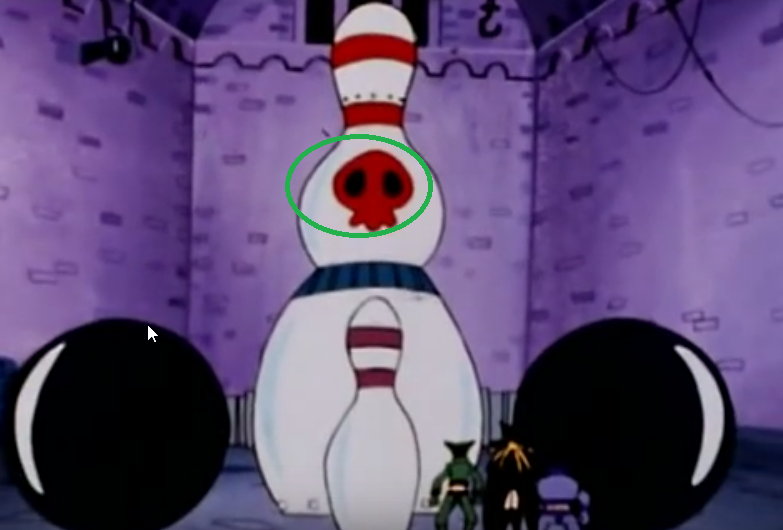 Not the answer you're looking for? Browse other questions tagged story-identification anime robots or ask your own question.

10
Anime about a cop with a robot partner and a rampaging tank
1
Anime Series aired on Cartoon Network probably between 1990-2005
1
80s/90s anime with three robots waken up, and had to be taken down by another robot because they weren't good
7
Anime short about two girls shooting each other with guns from their mouths
5
80's/90's anime, robot car fight, including a silver Beetle-like car with yellow wheels and a spinning device to destroy other cars
5
Cartoon in which a boy and girl travel with a robot
9
Can anyone help me with the name of a Sci-fi film about a robot apocalypse?
4
Name of Mecha Anime from the 70s/80s Based on One Episode
4
Mid-90s mecha action anime with wearable sentient robot suits