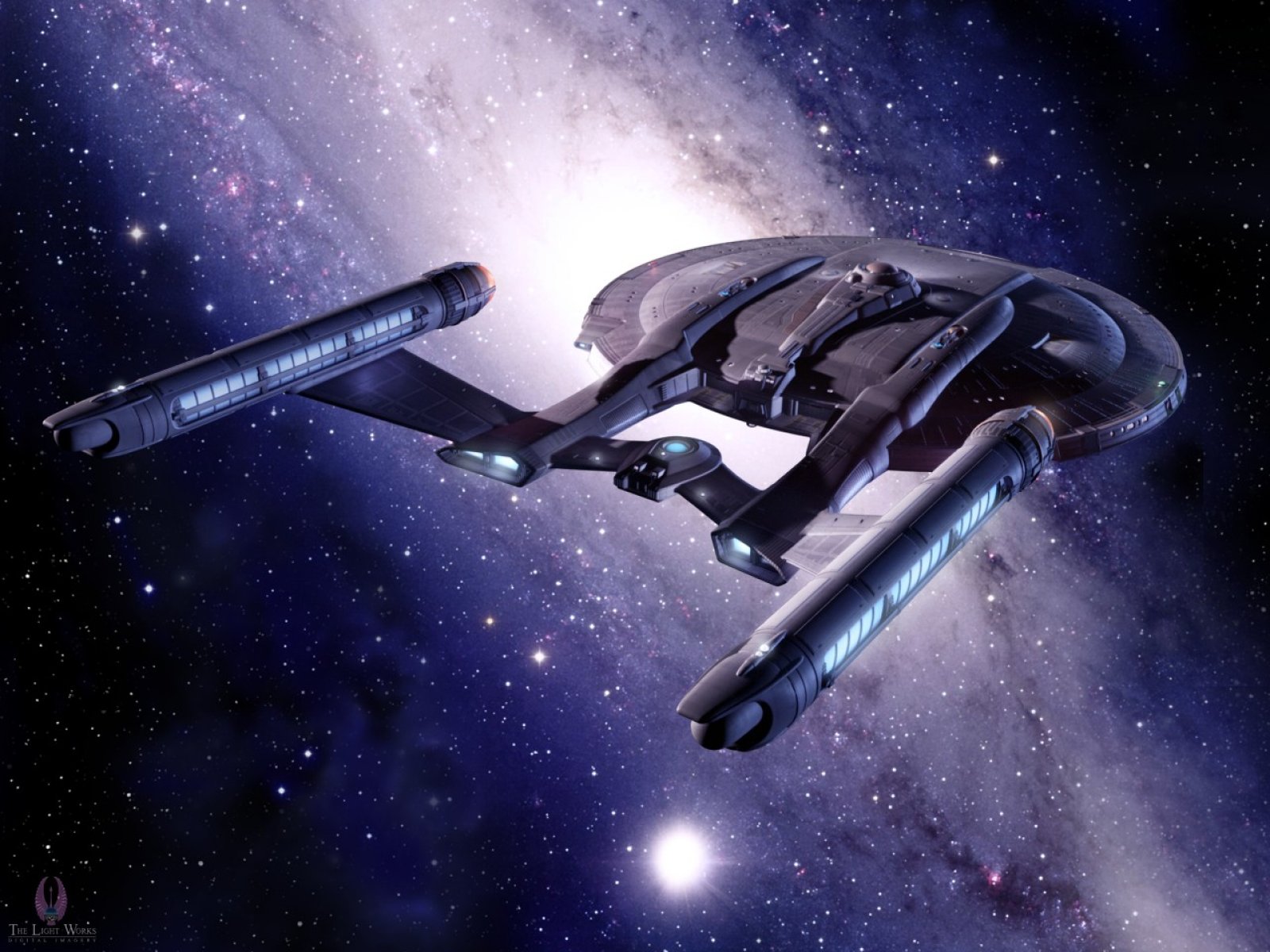 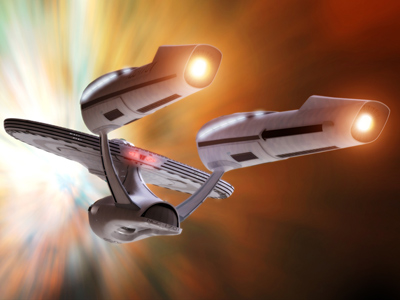 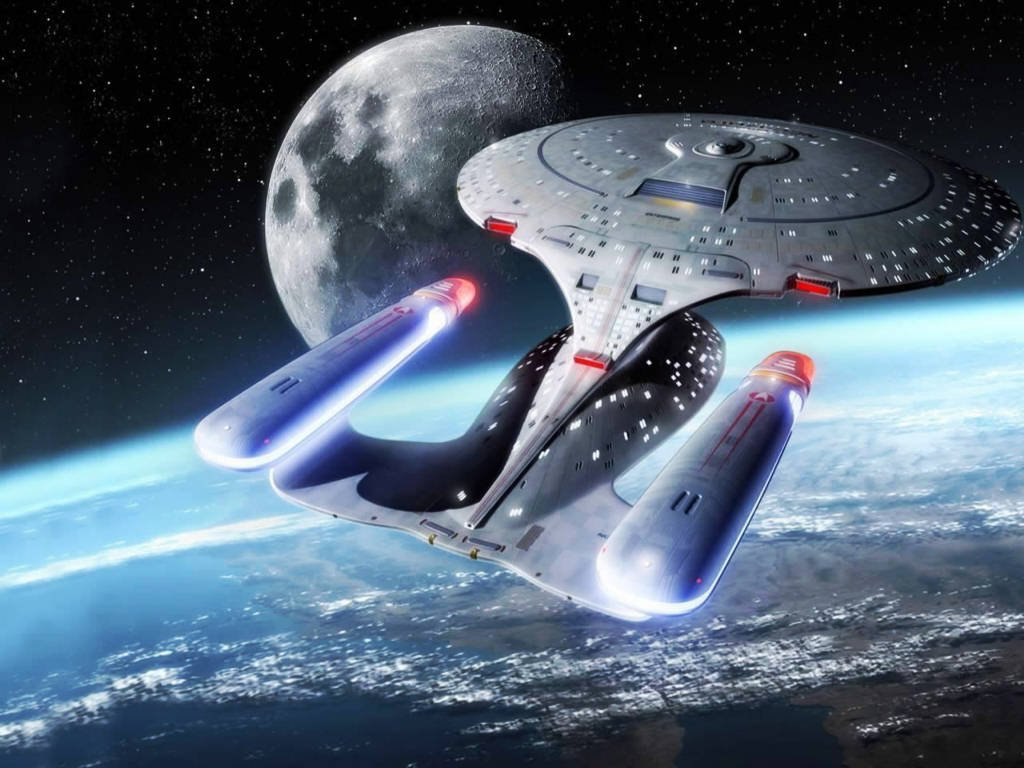 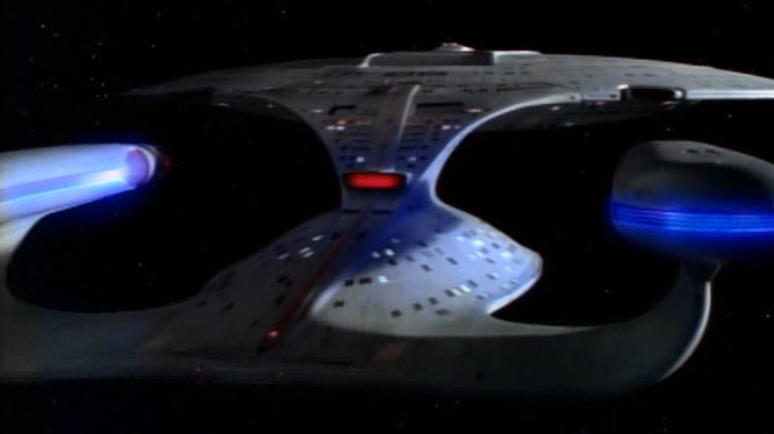 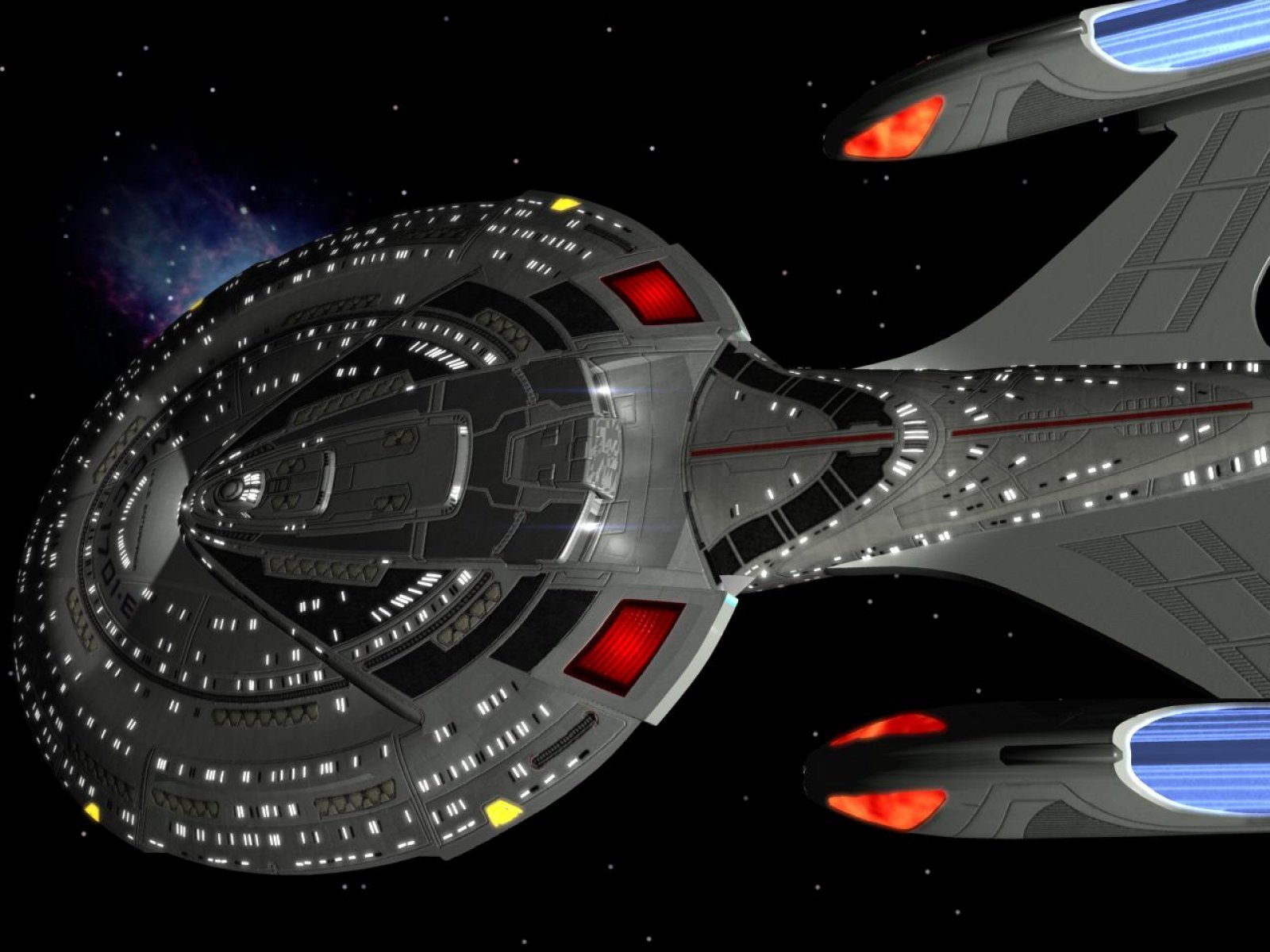 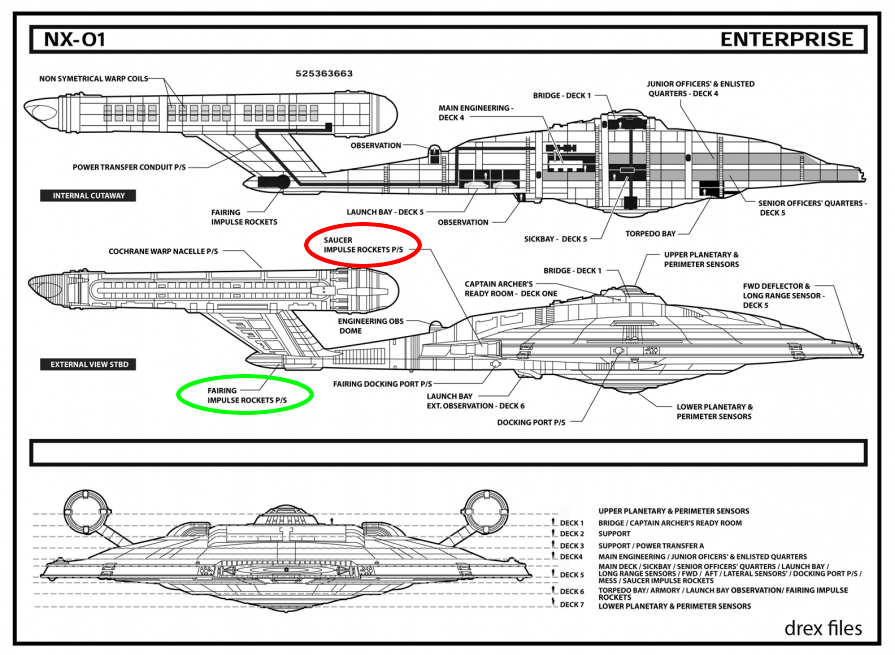 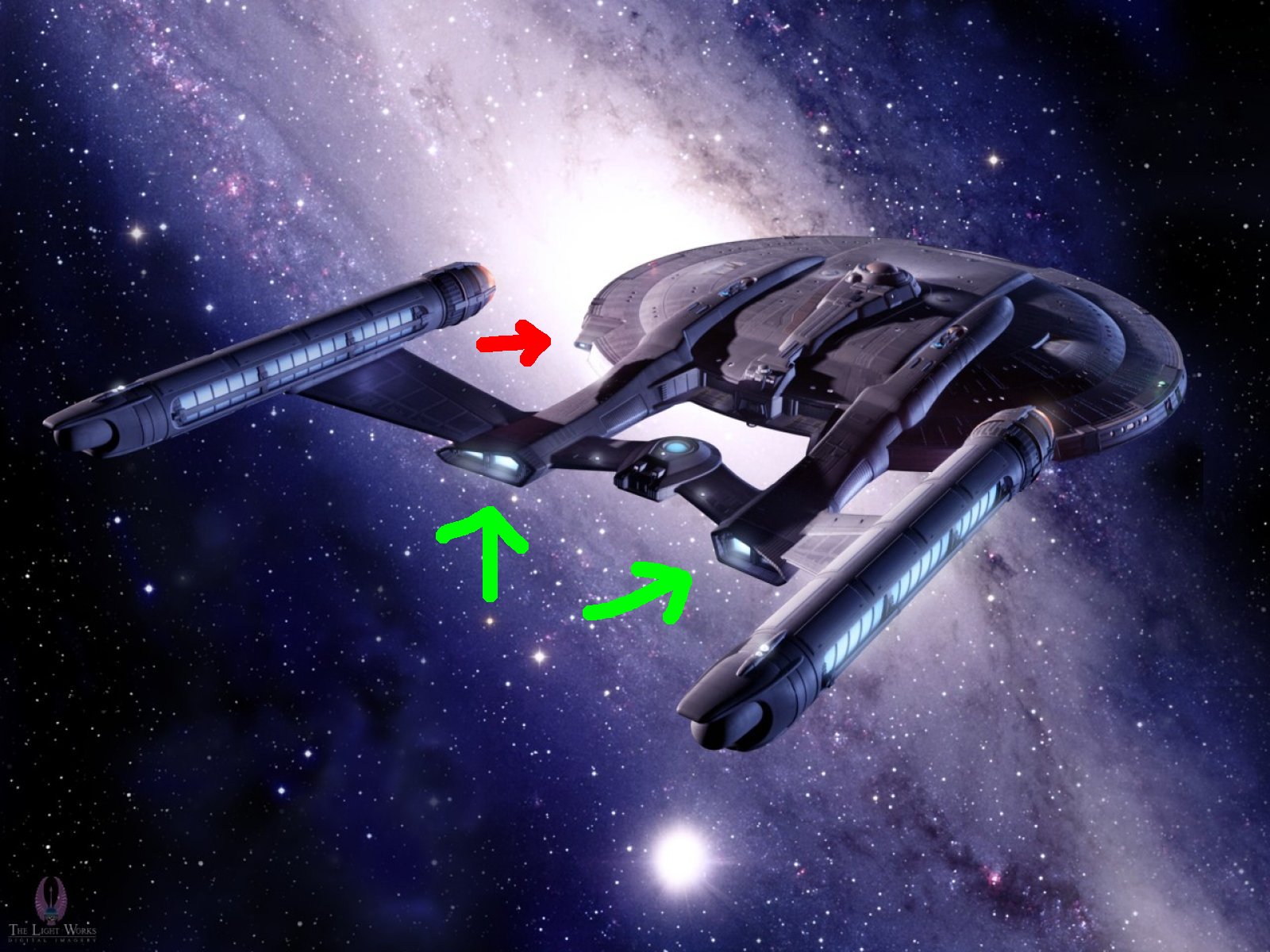 its the impulse engines, which use a sort of fusion combustion as power, the reason on the NX-01 and other species craft have blue is the type of fuel used NX series used a sort of cold nuclear fusion, by the time of the Origonal series they have moved away from Nuclear to some other energy, the Romulans used a Plasma based fusion reaction so their impulse engines glowed green, the Ferengi have the color as yellow moving up into the orange spectrum the Klingons went from red to green and back to red again

7
Why did Impulse Engines of Enterprise NX-01 glow blue?
3
Was Riker based on Kirk?

34
Were there REALLY over 73,000 Federation starships commissioned?
33
Did the Original Enterprise Have Landing Gear?
11
Why wasn't there more timeline divergence in "Yesterday's Enterprise" than what we observed?
22
Why was the USS Enterprise NCC-1701-A in service for so short a period?
23
Why was there a 20-year gap between Enterprises C and D?
7
Robert April in the alternate timeline
36
Nacelles: if two are better than one, then why are three not better than two?
11
How much did transporter risk decline over time?
9
Why did the Borg use a cutting beam in "Best of Both Worlds" part 1 act III?