Which in-print editions of Neverending Story have red/green text?

I remember reading a fantastic edition of The Neverending Story (Ende) that featured illuminated characters at the start of each chapter, and text in green and red. Is there an edition like this still in print?

The most likely candidate I've found is the hardcover published by Dutton (an imprint of Penguin). But there's been no response from the contact details I found. I'm worried the Nothing has taken them.

To answer the question directly, the hardcover Dutton print (ISBN 978-0525457589) is the edition you want. (Confirmation: Amazon "look inside", LibraryThing reader, staff at michaelende.de). 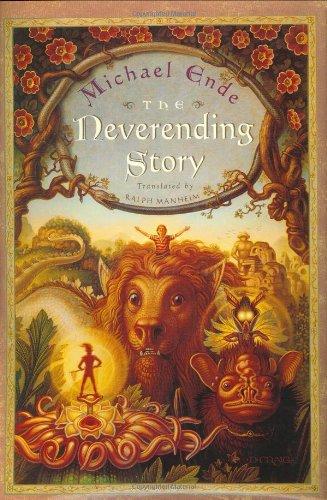 To answer the underlying premise of the question re: illustration/typesetting of the book, it looks like you'll want to find editions that list Roswitha Quadflieg as the illustrator:

So - the original German version (all images from Amos Carpenter): 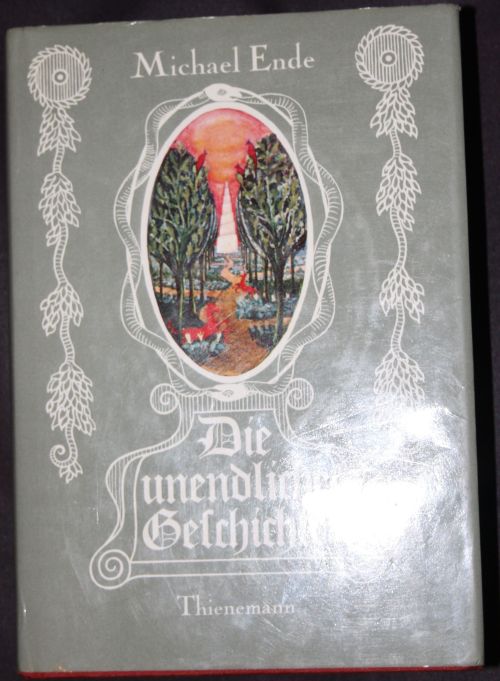 the start of each of the 26 chapters, where an entire page is taken up by the drop cap for each letter in the alphabet from A to Z. 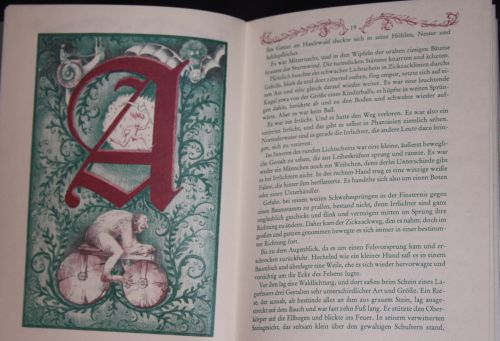 This fantasy story is set in both our “real” world and “Fantastica” and, to emphasise when the story switches from one to the other, they are actually in different colours – red for the “normal” world, and blue-green for the world inside the book which the main character reads and into which he is drawn more and more as the story progresses. 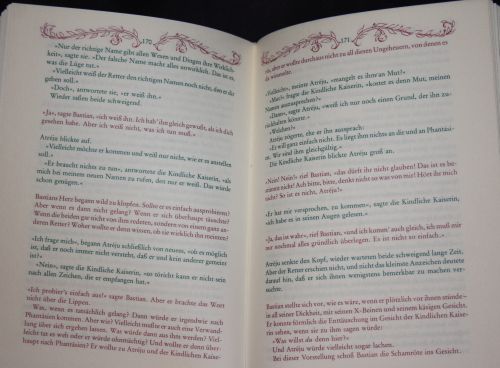 and the first edition English version as well: 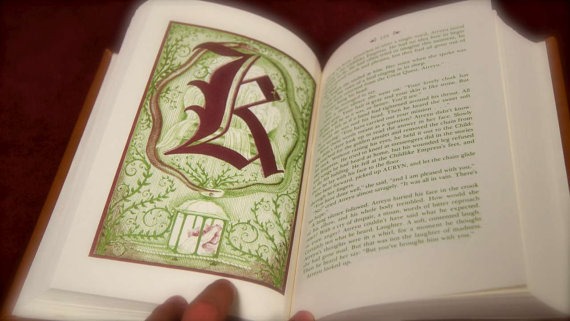 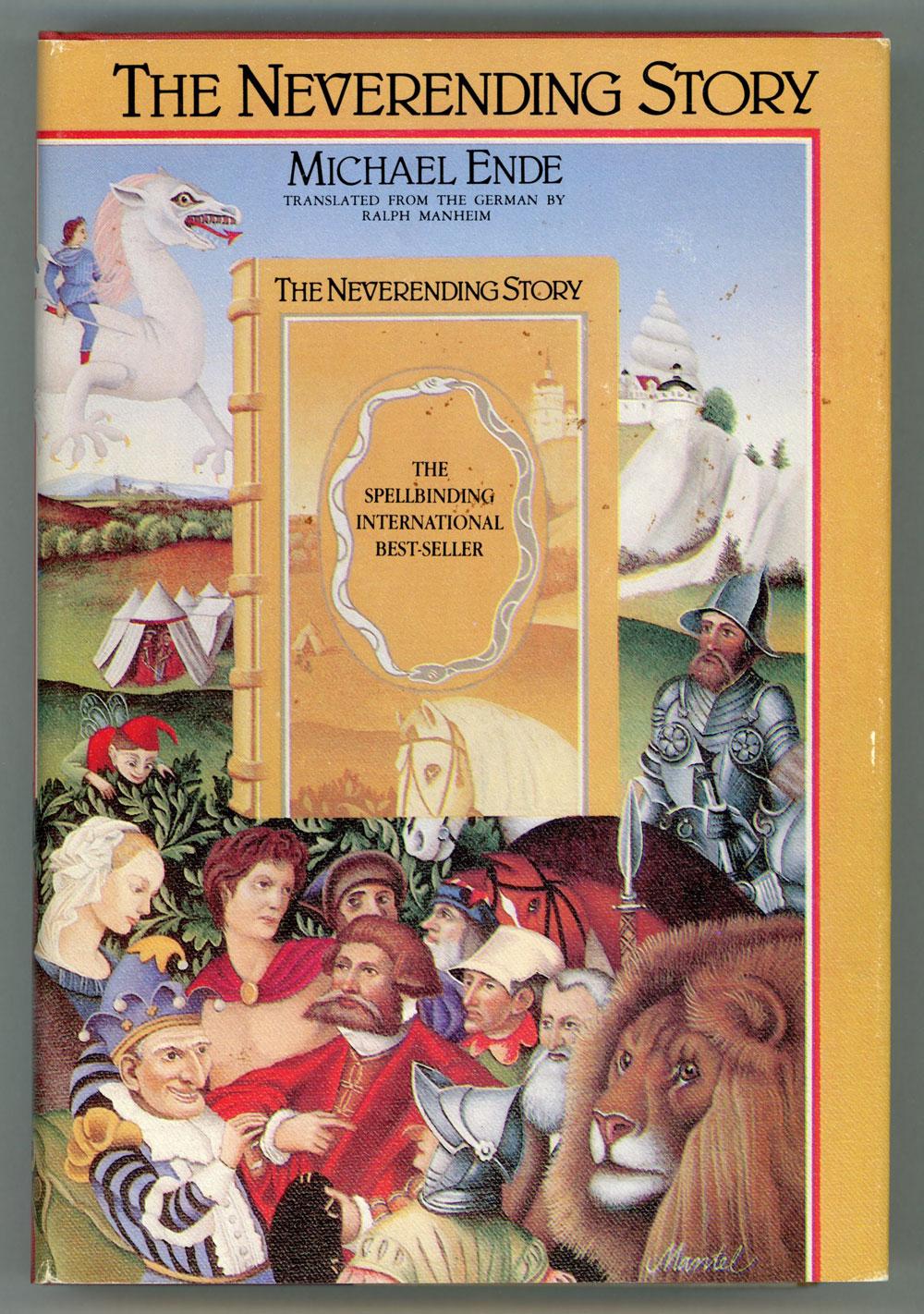 Not the answer you're looking for? Browse other questions tagged the-neverending-story or ask your own question.

14
Have all those loose ends from the Neverending Story ever been tied up?
11
Which humans have been to Fantastica?