If the Imperius Curse gives you a blank look, why was there doubt over whether someone was under it?

In the books, many of Voldemort's Death Eaters, such as Lucius Malfoy, avoided imprisonment after the first Wizarding War by claiming that they were acting under the influence of the Imperius Curse. The film version of Goblet of Fire has Mad Eye Moody succinctly explaining the dilemma.

"Scores of witches and wizards have claimed that they only did You-Know-Who's bidding under the influence of the Imperius Curse. But here's the rub: how do we sort out the liars?"

However, this makes no sense in the film because those under the Imperius Curse have a blank look with obviously wrong eyes.

And in Deathly Hallows, Part I, a goblin has a dopey, blank face after being under the Imperius Curse.

So if people under the Imperius Curse have a blank look, why is there doubt that they were under it?

I'd like an answer that respects film continuity (rather than just being "the films are terrible").

As we are focusing just on the movies here, the answer is obvious.

The 2 people were not under the imperious curse. That's just an assumption the viewer jumps to having seen the unforgivables performed earlier.

CEDRIC: Get off me!

Note that it doesn't imply or mention the Imperious curse at all. I'm not sure what was used on the Goblin but its possible it was Confundus charm (like in the books). In fact the only 100% guaranteed use of Imperious I remember in the films is with the spider in class, (and that spider looked exactly the same: perfectly normal). So as an In-universe answer no humans were under Imperious curse in the film at all: they were all probably under a different curse. NOTE: this explanation only works for the films but the question specifically limits to just the films.

There had to be a way to show the viewer the person was under someone else's control. The eyes are the easiest way to do this as others have pointed out already.

I see no evidence in the films to suggest the Imperious Curse changes some-ones physical appearance. Therefor while its implied to the viewer after the class demo, it was never once confirmed other than the viewer assuming that's the curse controlling them, (we never see the curse used on those with milky eyes: so we don't know for sure what curse was used). If there is only truly the spider which we see onscreen then its safe to assume that the Imperious Cure doesn't create a blank look or milky eyes: and anyone under that curse looks perfectly normal. The books are harder to explain away though.

Its been a while since I've seen the films so I could be mistaken on some details please feel free to point them out.

The Imperius Curse can cause a blank look - but doesn’t always.

“They’re Imperiused,’ he added, in response to Hermione and Ron’s confused queries about Travers and Bogrod, who were both now standing there looking blank. ‘I don’t think I did it strongly enough, I don’t know …”
- Harry Potter and the Deathly Hallows, Chapter 26 (Gringotts)

In the movie, Harry also uses Imperio, as he had in the book, and it causes the same blank look.

None see Harry’s hand slip from the cloak, his wand pointed at Bogrod.

BOGROD
Very well, Madam Lestrange. If you will follow me.
- Harry Potter and the Deathly Hallows, Part 2

This is likely because the Imperius Curse was performed poorly, but it can cause a blank look. A well-executed Imperius Curse doesn’t seem to have any external evidence, since Dumbledore (a very powerful wizard) was unable to tell that Madame Rosmerta was under it.

Krum and the goblin were likely under less-well-cast Imperius Curses, giving them both an obvious blank look. The goblin looked blank in the book as well as the movie, and Harry certainly wasn’t experienced in casting Unforgivable Curses, so that’s consistent across both. We also know for sure that the spell used on the goblin in the movie was in fact Imperio, since we hear it cast. In the book, Barty Crouch Jr. says he Imperiused Krum, which is still consistent with the spell he used in the movie, if he did it hastily or didn’t cast it well enough where it was unnoticeable. Krum isn’t mentioned as looking blank in the book, but it is possible for him to look that way under the Imperius Curse.

Spoilers for Harry Potter Book 4 ahead!

In the 4th book after the reveal that Barty Crouch Jr. was Mad-Eye Moody all along, the reader can go back a few pages and re-read the Labyrinth scene and see what was done by Barty Crouch Jr. to help Harry Potter to win.

In films and especially movie theatres, it is not as easy to rewind the tape. Most of all, you'd have to convince everyone else there that doing so was a good idea.

Therefore, the filmmakers needed a method to show beforehand whether someone was under the Imperius curse or not.

Doing something with the eyes is a common symbolism to depict someone not capable of controlling their actions/being controlled by somebody else before. Zombies are the best example here, they are "not themselves" but controlled by the desire for human meat.

Just take a look at MJ before going Zombie and after in the Thriller music video and notice the change with the eyes. 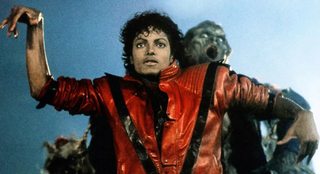 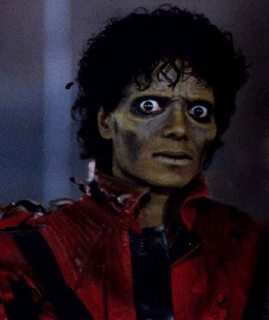 In the film adaptation of 'Harry Potter and the Goblet of Fire,

The Imperius Curse appears to give the victim's eyes a milky, glazed appearance which is not mentioned in the books and would decrease the curse's effectiveness, since it would be easily detectable. However, it's possible that this is a sign of a poorly or hastily performed curse, or one where the victim is actively resisting.

29
Why didn't Barty Crouch Jr just use Imperio on Moody?
12
Was Stan Shunpike under the Imperius Curse during The Deathly Hallows?