Do aliens retain their hosts' memories?

In the Alien movies, some form of bio-matter enters a human body and then consumes the human's tissue as source material for a new Alien body. We then see the new Alien body run around creating trouble.

Is there any indication that the new Alien body retains any memories from the human whose body tissue it recycled? Does the answer to this question change for different movies in the Alien franchise?

This image of Fifield mutating during the 2012 Prometheus film makes it look as if there is still something left of Fifield after the transformation: 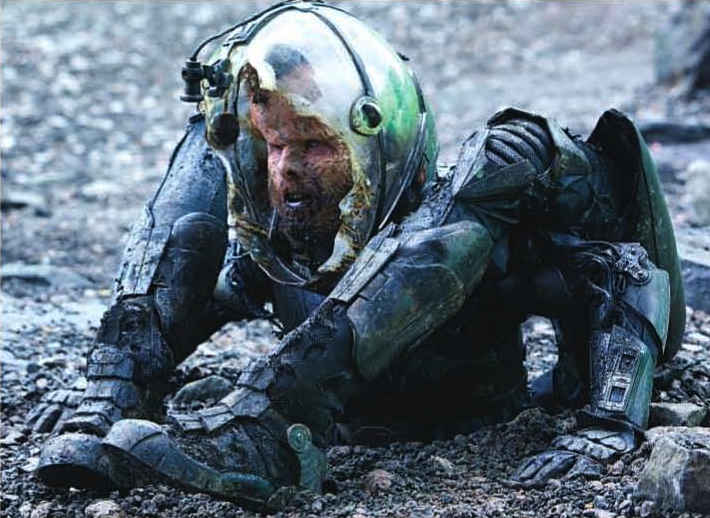 We do know these two facts:

Of course, humans don't have genetic memory in the first place, so the gene transfer from a human host (or a canine/bovine host, as in Alien3) to the chestburster Alien will probably not transfer any memories.

And we don't ever see evidence that a regular Alien assimilates memories from a regular human host, to my knowledge, although it might manifest itself as just regular intelligence and instincts that are hard to differentiate from the Alien's. This is theorized in the book Alien: The Weyland-Yutani Report (apparently on page 25, although I don't have it in front of me now).

On the other hand, I don't see any reason why Aliens couldn't assimilate the proper memories of a host species that does have genetic memory, although I'm not aware of any instances of this from canon.

In Alien Resurrection we see something similar, though. When Ellen Ripley is cloned from a sample of her blood, taken when she was a host for an Alien queen, her blood had already fused with the Alien chestburster. The result (after some trial and error) was a Ripley impregnated with the chestburster, and the two shared genetic memory. This is seen in the movie in several instances, like Ripley retaining her memories from before her death and a kind of shared emphatic "hive mind" with Ripley and the Aliens, especially the Queen and the "Newborn".

The answer doesn't really change depending on the movie. We didn't really see the gene transfer in action until Alien3, where we encountered the first Alien not born from a human host, but according to the documentary Alien Evolution (and other sources) it was always planned as a feature of the Alien, and the Alien we see in the first two movies is just the human version of it. The genetic memory didn't appear until the fourth film Alien Resurrection.

22
How did solitary aliens reproduce in the Alien franchise?
21
What evidence points to Xenomorphs being biologically engineered?
20
Have the Colonial Marines met the Aliens before?
3
In Aliens, what would happen to the dead bodies?
1
In the Alien series, how did the aliens get off their home planet?
9
Do FTL communications exist in the Aliens franchise/universe?
5
Why do the Xenomorphs kill their hosts instead of using them?