Is the Hulk in the Avengers the same as in the other movies?

I hadn't seen the two Hulk movies (Hulk (2003) and The Incredible Hulk (2008)) before seeing The Avengers. In a comment on In the Avengers movie, why is Hulk's behaviour inconsistent? I commented on

Bruce Banner developing the ability to control himself as the Hulk during the movie.

With the release of the film Iron Man, Marvel started releasing movies under their own Marvel Studios banner. This marked a change as all previous Marvel comic book films were made and financed by other studios who licensed Marvel properties. At time of writing, Marvel has released these films via Marvel Studios:

These films comprise the canon that leads up to The Avengers, and are all part of a shared universe. Each film has a post-credit scene that builds upon this shared universe (excepting The Incredible Hulk; due to the immense success of Iron Man, Marvel had the post-credit scene include Robert Downey Jr's Tony Stark appear, and had the scene occur before the credits).

The question's spoiler builds upon the ending of The Incredible Hulk, which has Banner

accept that he can't get rid of the Hulk. So he starts to induce 'Hulk episodes' and stop trying to perpetually suppress him. The climactic battle of the film has Banner essentially use the Hulk as a weapon against the film's villain. During this battle, the Hulk and the Abomination destroy a good chunk of Harlem, which is explicitly called-back to in dialogue in Avengers.

Unfortunately, The Incredible Hulk's Edward Norton couldn't or wouldn't return for The Avengers, so he is replaced by Mark Ruffalo in The Avengers and future films.

Prior Marvel movies include the X-Men films (which Fox makes), Fantastic Four (also Fox), Daredevil (Fox again), Blade (New Line Cinema), Spider-Man (Sony; and this covers both the completed trilogy, and this year's reboot), and Hulk (the 2003 one, which Universal made. Universal partnered with Marvel for the later The Incredible Hulk). That's not a complete list, quite a few movies were made when Marvel was licensing out their characters. Interestingly, Fox's license to the X-Men means that they can use the characters Scarlet Witch and Quicksilver (Magneto's kids) as mutants and in relation to Magneto, meanwhile Marvel can use them as Avengers, so long as they don't mention mutants or Magneto (cite).

It appears after starting their own studio, Marvel created its own universe for its films. As per tradition they have labelled it with a number:

199999 - The Marvel Cinematic Universe, covering the Iron Man film series, Thor, The Incredible Hulk (2008), Captain America and the upcoming Avengers film. Anything spinning off of or relating to the Avengers is likely to be within this universe. The number is given in the Official Handbook of the Marvel Universe.

~ Wikipedia's Phrasing of the Matter.

It seems only those films are in that universe. The X-Men, Spider/Man (pre-2012) and Fantastic Four films all exist in their own separate universes. It's likely that the original Hulk films are not in the same universe, though without an official statement (that I can't find) there's also no reason to exclude them from the latest film universe.

There are several links to The Incredible Hulk in later MCU works.

This one shot connects The Incredible Hull to the rest of the MCU by featuring Thunderbolt Ross, Agent Sitwell, Agent Coulson and Tony Stark, as well as mentioning Abomination.

A newspaper covering an event from the film can be seen in multiple scenes. 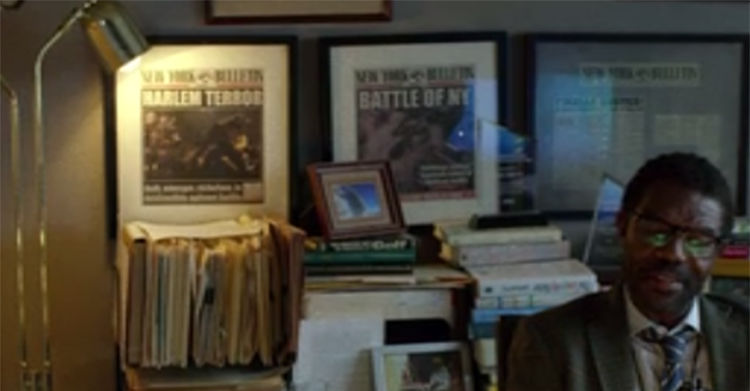 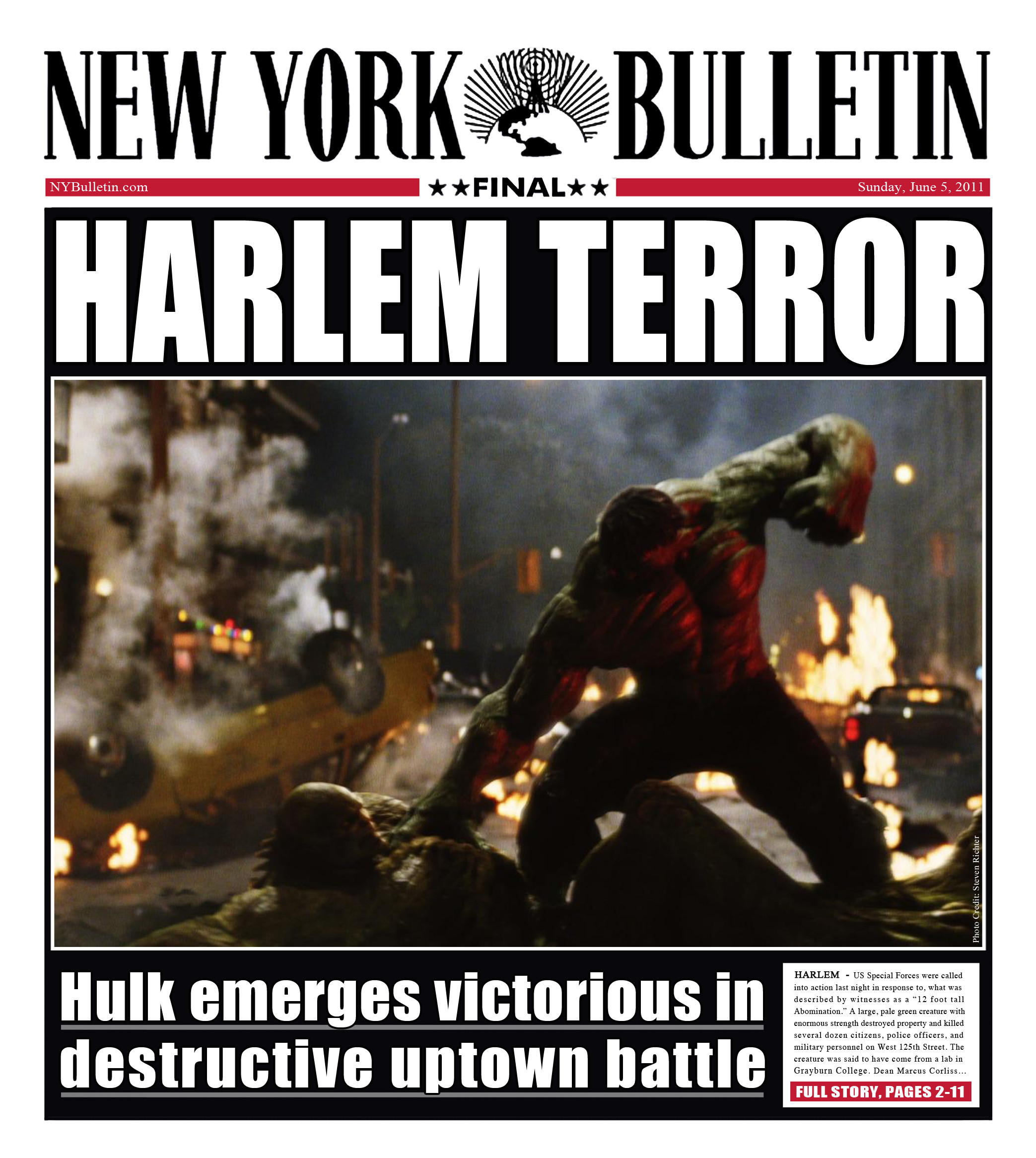 The character Thunderbolt Ross returns in Captain America: Civil War, portrayed by the same actor as in The Incredible Hulk, William Hurt. 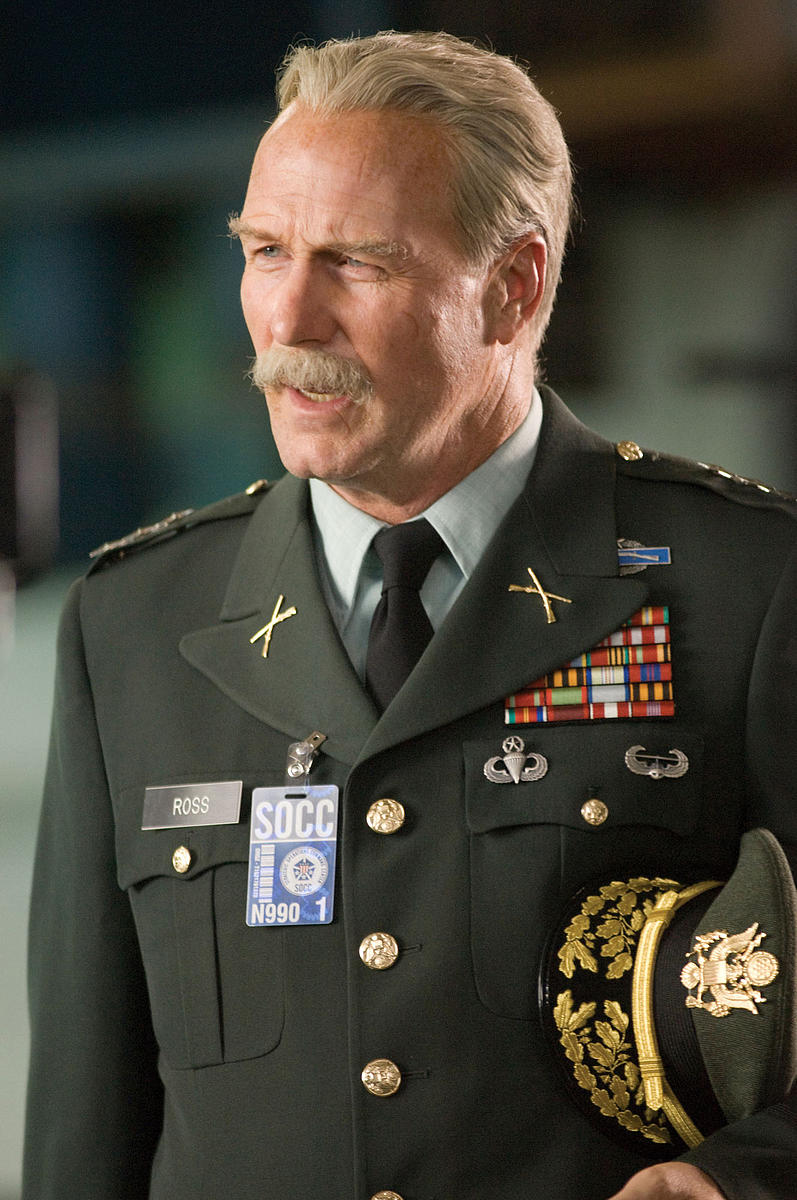 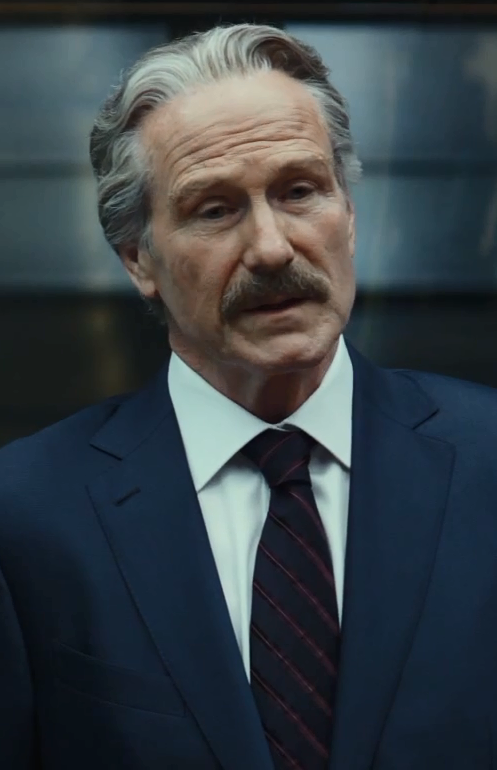 Hulk (2003), however, is not considered part of the franchise or shared universe, as mentioned in other answers.

The Incredible Hulk (2008) was a reboot of Ang Lee's 2003 Hulk, and it was the origin of the Hulk we see in the Avengers. If you watch Iron Man 2 you can see the easter egg of the Hulk. "Shows footage from the University army fight scene."

So The Incredible Hulk is the Hulk they use in the Avengers and many more Marvel movies to come.

Yes, it is the same Hulk character, same universe.

But the 2003 movie is not considered part of the Marvel Cinematic Universe (the MCU) because that's Iron Man's universe (synonymous with the MCU). So it's two universes crossing over in The Incredible Hulk and most of the following films and series that share characters from Hulk and all characters introduced in the following crossover installments.

Watch both films and notice how The Incredible Hulk picks up from where Hulk left off. The newspapers/articles/documents shown in the opening montage also explain what happens in the time gap between the years the two films take place in, matching that time gap and the narrative.

Marvel Studios created a movie studio & wanted to create a cinematic universe & went all in with Iron Man. The success of Iron Man determined if they'd float or not. They also collaborated with Universal & made The Incredible Hulk at the same time, a sequel to Hulk, but in Marvel's own style, latching on to a movie universe already established (Hulk).

There were creative tensions when making the film because Universal wanted it more as a sequel to Hulk and Marvel wanted to make it more of their own.

There were also tensions between Edward Norton, alongside the director Louis Leterrier, against the studio, Marvel. They wanted it more character driven - like Ang Lee's Hulk - whereas Marvel wanted a more action-oriented quickie.

There's a finished cut of the film called the 'Norton Version' that was supposed to be the released version (almost an hour longer), but Marvel cut it down, significantly, right before release. (It's hard to find, but it's floating around thanks to piracy).

Leterrier describes the out-takes: “It’s like the back story. It’s more the sequel to the Ang Lee movie.” https://www.slashfilm.com/the-truth-about-edward-norton-vs-marvel/

In an interview with Gale Anne Hurd, producer of 2003's Hulk and 2008's The Incredible Hulk:

Collider: It's set up so that it could be a sequel or a remake, depending on how you look at it. Was that something you were very conscious of? Gale: To be honest, that was was one of those things where we said, "Look, we don't want to tell another origin story." One thing we absolutely knew for certain was that we didn't want to start with Bruce Banner and how he becomes the Hulk. From that point on, we couldn't quite figure out how to term this. I think at one point we asked if anyone could come up with the appropriate term and someone one line had a "re-quel" which I think was actually perfect. It's kind of a reboot and it's kind of sequel.

Iron Man opened May 2008 to unexpectedly enormous success, while Incredible Hulk opened one month later to tepid success, which, creatively, had one foot in Hulk universe & one in MCU. Marvel doesn't own 2003's Hulk (movie), so deny connections to it.

It is in the same universe because at the end of the second Hulk movie you see Tony Stark (Robert Downey Jr) talking to someone - I think it was Nick Fury.

Not the answer you're looking for? Browse other questions tagged marvel marvel-cinematic-universe avengers the-incredible-hulk the-avengers-2012 or ask your own question.

-2
Spider-Man not in Avengers
91
In the Avengers movie, why is Hulk's behaviour inconsistent?
28
Is The Amazing Spider-Man part of the Marvel Cinematic Universe?

49
Which films should I see before "The Avengers"?
20
Was the footage Tony Stark saw of the Hulk original or was it from a previous movie?
9
What are the educational qualifications of Bruce Banner in the movie The Incredible Hulk?
8
Why didn't S.H.I.E.L.D. intervene during the events of The Incredible Hulk?
15
How long has Romanov been pacifying Hulk?
57
Why did Marvel choose to recast Bruce Banner in Avengers?