Does Nirn orbit its sun?

Within the Elder Scrolls universe the Sun was created by Magnus fleeing creation when he realised the trickery of Lorkhan, the stars being lesser beings escaping with him.

Does Nirn now orbit the Sun, or does the Sun move around Nirn?

As you say, according to the Elder Scrolls mythology, the deity Magnus created the "Sun" – which bears his name and is also called Magnus – by fleeing the mortal plane of Mundus which he helped create.

That sun, however, isn't an orb which orbits anything, it's a hole which Magnus tore in the Void of Oblivion in fleeing. Oblivion encompasses Mundus, and the "sun" is therefore light shining through this hole from Aetherius, the immortal plane outside.

This fan-made depiction, while not canon, is a good visual aid in understanding the cosmology: 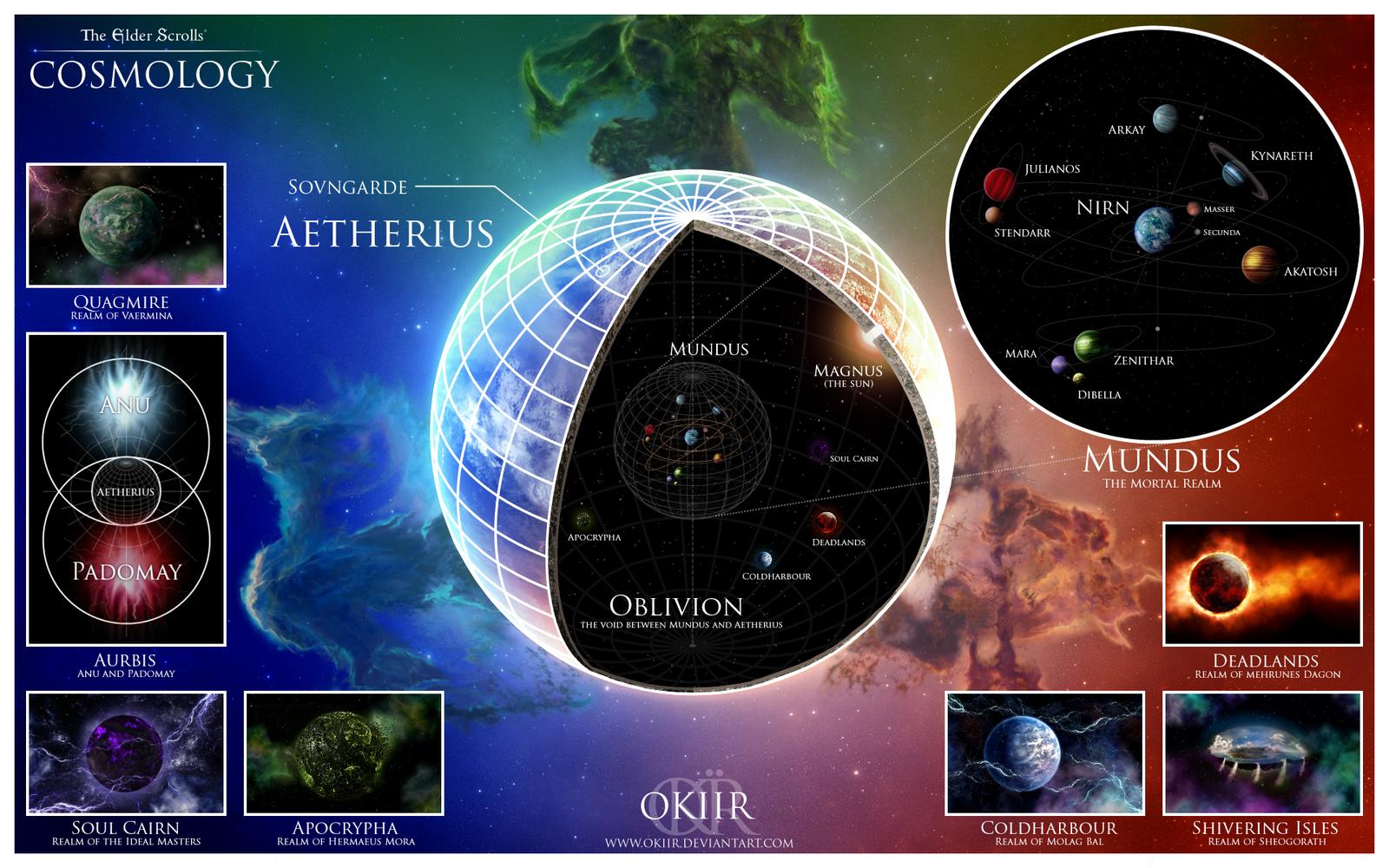 So the sun doesn't really "orbit" Nirn, but in a sense it does. "Nirn" is sometimes used as another name for Mundus, and sometimes for the planet in the center of Mundus, around which the other planets/satellites orbit. 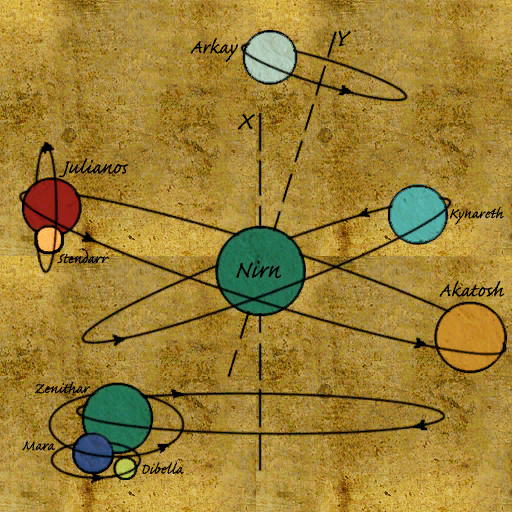 These details come from in-game books such as The Monomyth, Varieties of Faith in the Empire and Before the Ages of Man.

10
Why were numerous Daedra able to enter Nirn even after the Dragonfires were re-lit?
6
How does magic work in The Elder Scrolls?
10
Do vampires in Nirn need to sleep?
16
Afterlife in "The Elder Scrolls": where does everyone go when they die?