Space skeletons on the moon killed by an air cannon [closed]

This was read 40 years ago, in America, from an elementary school library.

It is a children's story about astronauts discovering hostile living skeletons on the moon, possibly pirates. The astronauts kill the skeletons with air.

There is little to go on here, but everything you have described sounds like Mighty Mouse and the Moon Men. The titular hero travels to the moon to investigate some kind of menace. He encounters a race of thin, almost skeletal aliens (rather creepy looking in the cartoon illustration). I think they are actually from the asteroid belt, just using the moon for a base. Eventually, Mighty Mouse defeats them with a gun that shoots air, which seems to "freeze" the vacuum-dwelling creatures.

Here is an illustration from the book (colorized and texturized by somebody else—the original was black and white) showing Mighty Mouse's first sighting of the moon men. 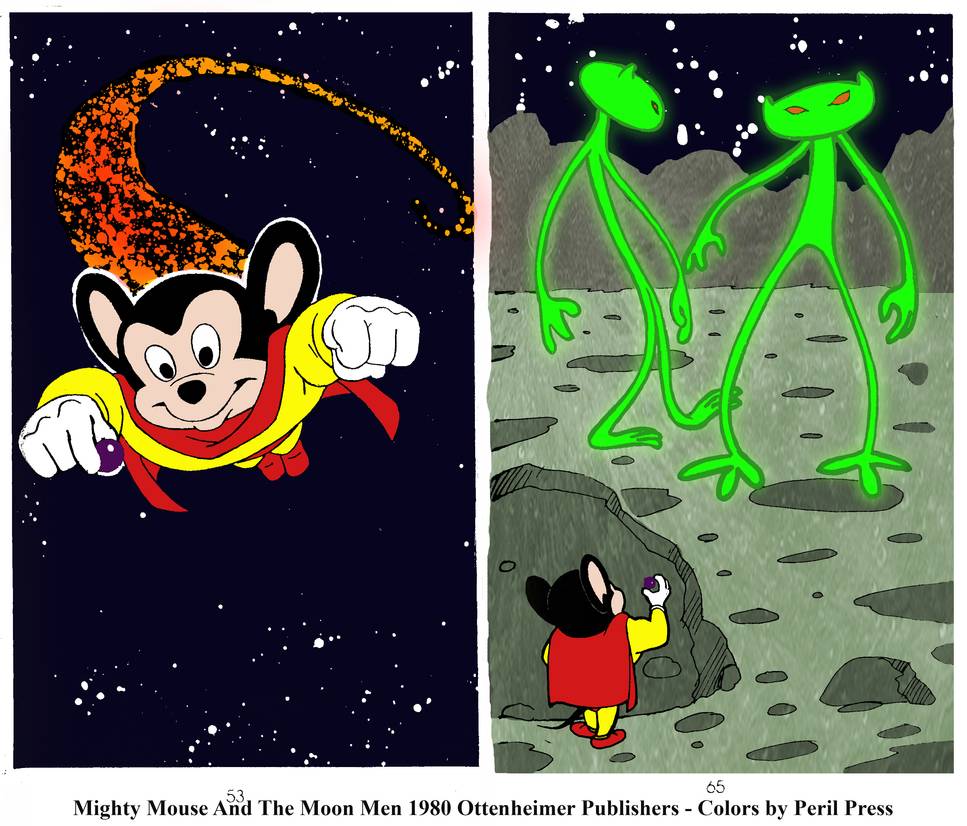