What is the Millennium Falcon's power source?

We know that the Millennium Falcon is so fast that it "made the Kessel Run in less than twelve parsecs" according to Han Solo.

A fast ship needs a good power source, however, so what is the Millennium Falcon's power source?

According to Wookieepedia, the Falcon was given the Power Core while it was owned by Unkar Plutt on Jakku.

Although I must point out this was not the Power Core that did the Kessel Run, that was just your good ol' friendly neighbourhood Power Core.

The following image is found in the TFA: Incredible Cross-sections. 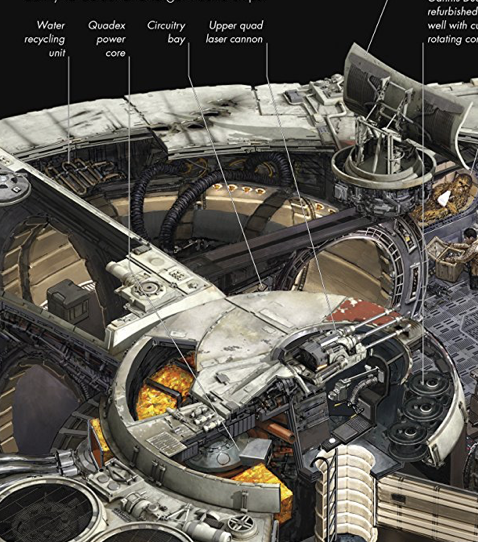 From the original films we're just told there's a power core, but nothing about what type of core it was. 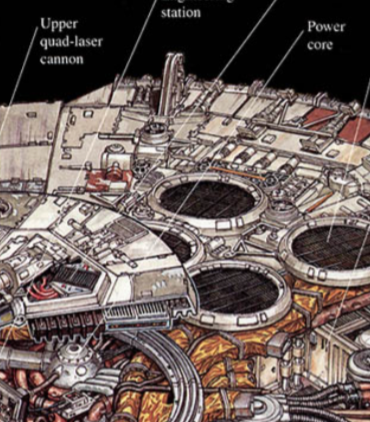