Looking for the name of a card-battle cartoon show

Looking for a show about a group of three kids/teens who, using cards to change into monsters, fight and recover relics. I believe there are two or three other groups of three also trying to get the relics.

In the main group there are two boys and a girl. The boys were both white, one is from a farm and I don't know where the other is from. The girl was dark skinned and either black or blue hair. The three travelled around the world using a red plane.

I think they only use one monster primarily. The girl uses a monster created from gas and at one point is green. One of the boys uses a metal robot most of the time and at one point is given another better version of that card to use. I believe the episode for this was called something like green with envy.

All I'm getting from the internet is that it may be Chaotic, but that isn't the right show.

I also believe the girl's name was Mai and one of the boys were Ky, but I may be wrong. 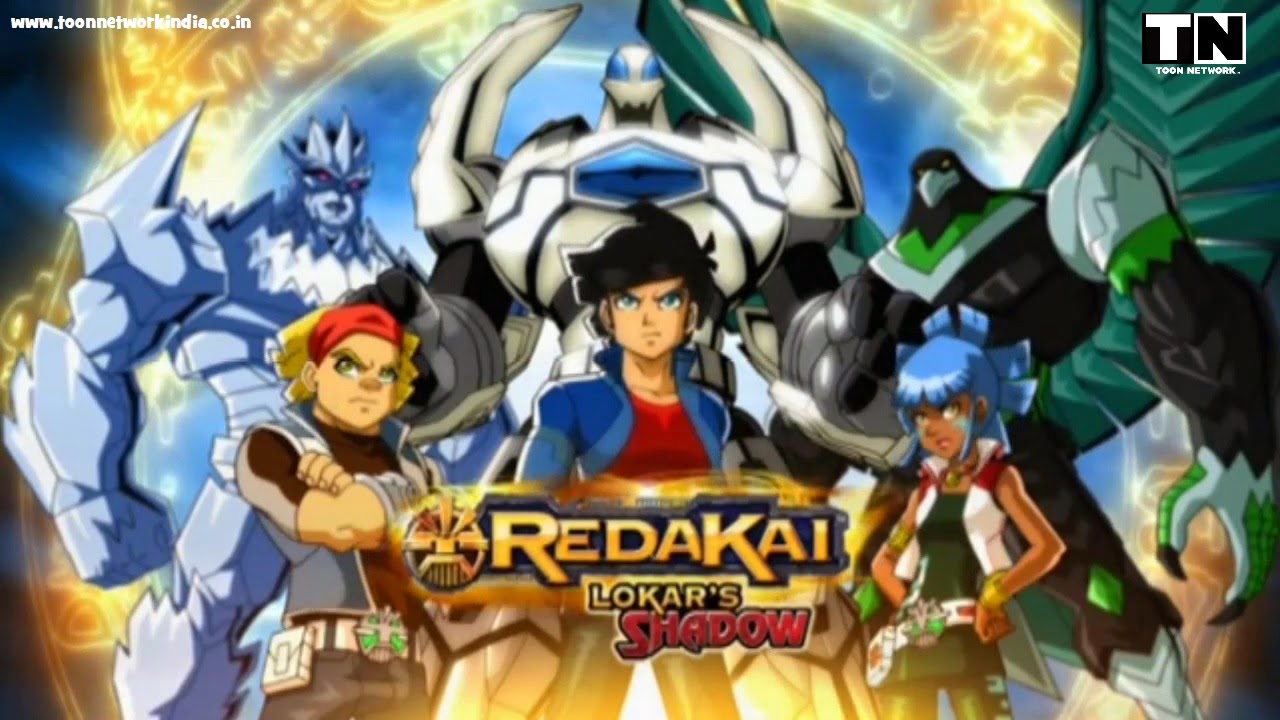 The series revolves around Ky, a 15-year-old student of ancient martial arts, who embarks on an epic quest to find the Kairu, a primordial alien energy source. Aided by his friends Maya and Boomer, Ky travels the world searching for the Kairu while attempting to make sure that his extraterrestrial teenage alien adversaries don’t find it first

Ky's signature monster is the Plasma powered Metanoid and its Plasma-Energy Blast and Plasma Swords attacks with the Seismic powered Fractus and its Magma Minions and Boulder Toss attacks rounding out his go-to combo.

Maya indeed has dark skin. Her two primary monsters are Harrier and Infinita, the first of which is green and the second of which looks somewhat gaseous, and sometimes appears as being green: 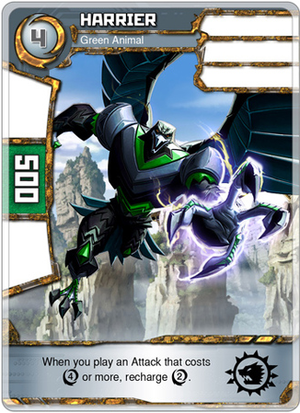 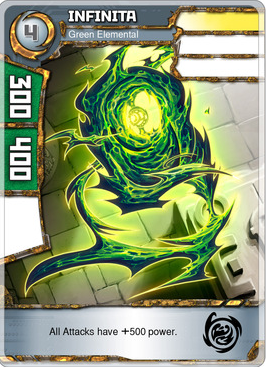 The male companion, Boomer does come from a farm.

He was born on a farm in the Midwest and left at young age left to join his childhood best friend Ky as a student of Master Boaddai.

There is an episode entitled "Green with Infinita Envy", Season 1 Episode 22, which looks to be an episode where Infinita was green.

They do travel in something like a plane, but it's more yellowish. It's named the "X-Scraper" in the manga, but is apparently unnamed in the anime. 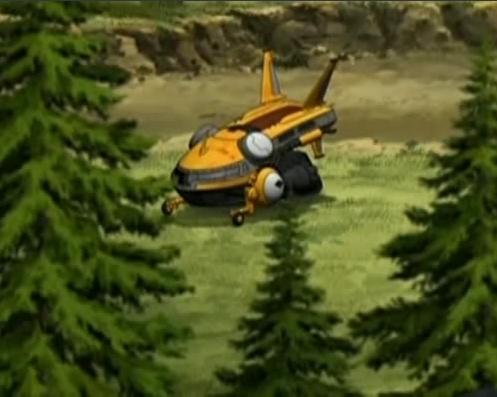 And lastly, while the description does not mention cards, Redakai is a collectible card game which was marketed via the anime.

I found a cartoon that satisfies some of your points. 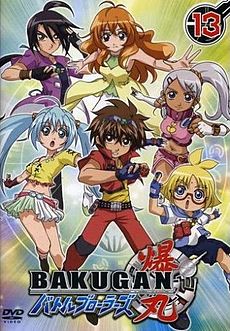 Dan Kuso's life changed one day when random cards fell out of the sky with special powers. He and his friend Shun invented a game called Bakugan with these. Together with his friends Runo, Marucho, Julie, Shun, and Alice, they form the Bakugan Battle Brawlers and its members are accidentally dragged into fighting for the fate of Vestroia (the Bakugan's home dimension) against the Doom Beings.

Drago (ドラゴ Dorago) is Dan Kuso's Guardian Bakugan and the Bakugan main protagonist of the Bakugan Battle Brawlers anime series. He serves as both a battle partner, a guardian, and source of wisdom.

Redakai Warrior I was looking for it too. This is what it is.

7
Teenagers who can use a device to turn into monsters?
3
Cartoon where a group of 3 go around fighting rival teams with magical powers
2
Cartoon Network show with three main characters who battle with cards
1
Cartoon with two boys and a girl fighting by transforming into monsters and capturing the defeated monsters

8
Animated fantasy show about a red-haired girl and two boys
5
Show that I watched on Cartoon Network, about teenagers who could transform to monsters
4
2000s(?) TV show with 4 kids as the 4 elements who fought baddies in another universe
6
Kids TV show combining live action and animation, kids fighting monsters after entering a photo booth
3
Cartoon show in which two college students fought monsters
8
Cartoon in a world with magic stones wielded by four children which combine to become stronger, and can summon creatures