I am trying to find the title of a 2nd hand paperback book that I borrowed from a mate in 1984.

The main background story is setting is various religious organisations based on our current ones. Where galactic issues can be set in a combat area, the hero is a fighting monk, and several different planets are visited.

Without trying to give away any plot details:

One minor plot point. One of the planets visited in a heavy gravity planet, the hero's, colleague is given a support suit to help with the increased gravity.

Since it's been some 30+ years since I read it, my recall of some aspects are bit limited. Thanks in advance.

Could this be Cestus Dei by John Maddox Roberts? It features religious organisations controlling sections of space and the main character is a fighting monk. 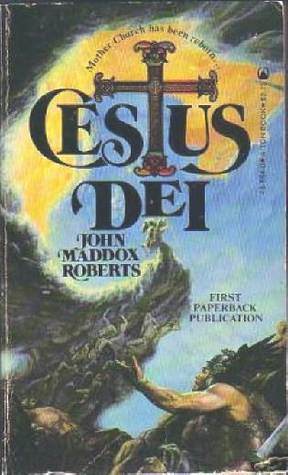 Set two thousand years in the future, Cestus Dei describes a galaxy in which the various worlds settled by the human race are bound to Earth, not by political structures, but by religion. Effectively, each religion ends up with its own interstellar empire, and the supreme decision-making body in humanity is the United Faiths. Some centuries in the past, civilisation became corrupt and went into decline, and whole star clusters broke away. The Flavian System is one such group, which has become a sort of replay of the late Roman Empire, with slavery and gladiatorial combat, but also featuring starships, ray guns, and genetically engineered "constructs", which serve as gladiators, bodyguards, and other menials. When the Flavian System is rediscovered, Father Miles, a Jesuit priest from the order named in the title, is dispatched to return the Flavian System to the Roman Catholic fold before it is snapped up by the Medina Caliphate or the Sanhedrin of the Third Temple. The creation of constructs, or the "soulless", is an affront to all faiths, and since the Flavian System has largely slipped back into Paganism, it could be argued that it's no longer the responsibility of the Church, and thus forcibly converting the inhabitants to a faith – any faith – would be a public service. Miles, whose name means "soldier" in Latin, is a kind of cross between James Bond, Rambo, Machiavelli, and Dirty Harry: he's competent and dangerous, especially in hand-to-hand combat, has a keen grasp of political reality, and a disturbingly elastic attitude towards the rules under which he is supposed to be operating.

A review here mentions the high-gravity planet and gladiators (emphasis mine):

Cestus Dei and the universe John Maddox Roberts created for it (or with it) are extremely enjoyable. The book begins well, setting the scene and introducing the universe to the reader in a thorough but fast paced manner. The introduction to the main heroes is somewhat muted by the fact that, inside of the first three chapters there is a serious argument over the destruction of an entire planetary system because of their clone production, a day in the life of a gladiator training school, and a description of Jesuit warrior monks training for "missionary" work on a high gravity planet. Oh yeah, and things speed up after that... You cannot fault Maddox for writing a slow-moving story. The only thing I CAN fault Cestus Dei with, is the seeming inability of Maddox to choose a focus. Cestus Dei can really be divided into three parts, the kingdom planet, the clone planet, and the space pirates (oh so space opera). He begins his story by introducing his universe, a humble Franciscan missionary with a drive to spread the Word, a subdued and very dangerous Jesuit priest missionary with a more physically practical method of serving the church, and a self-sacrificing young pagan tribesman who saves his tribe by selling himself for a LOT of money to a gladiator trader who knows that he is worth every penny and more. Characters are traded in and out of the story as we pass through these three parts, and we end up unsure of who the main character really was or if there was a main character. Still, all that aside, Roberts has created a wonderful adventurer's space opera. The action almost never slows; the superhero-like Jesuit rarely ever breaks a sweat, and is probably one of my favorite sci-fi swashbucklers. The self-sacrificing young tribesman will have you rooting for him by the time he finishes his first fight. I think that I can safely recommend Cestus Dei to anyone who likes a good Buck Rogers or any other time-filling space opera story.

Found via a Google search for science fiction catholic church army and a few links down, there was someone looking for a list of "Catholic science fiction" and Google highlighted a comment about this book.