The protagonist is a male human from earth equipped with a brain implant to talk with his sentient AI ship and so it can read the sensor implants he has. He can plug in via hardwire at the base of his skull for full information connection (see everything the ship sees). He's also been given training so he knows how to do whatever he needs (knife fight, evade & escape, etc) and is strong without looking it.

Earth got into an interstellar war with her colonies and lost (nuked back to the stone age) leaving the scout on his mission with no option to quit, as the AI will set of the explosive in his head if he does. The AI/Spaceship seems to know the war was lost but won't quit but might be looking for an out that would allow it to self-destruct while of course also blowing up our hero.

They stumble across a planet with strange gravity anomalies which they go to investigate. Turns out when the planet got nuked in the war some people developed a genetic mutation which allows them magic-like powers.

The story is him trying to figure out what's going on with these gravitational anomalies and not killing lot of people in the process but without disobeying the AI so much it decides he's trying to betray the cause so it kills him.

Any clues on the title? 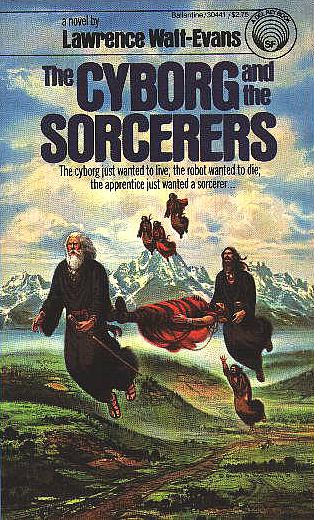 The cyborg code-named "Slant" was sent out as an Independent Reconnaissance Unit during an interstellar war between Earth and its colonies. The fighting ended three hundred years ago, but Slant's computer does not admit this - he is compelled to carry on as if the war were still raging.

Then he comes across a planet where his sensors register "gravitational anomalies." The computer interprets these as enemy weapons research.

Not the answer you're looking for? Browse other questions tagged story-identification artificial-intelligence soft-sci-fi or ask your own question.

14
Short film series about a human crew with a doomsday weapon aimed at Earth
4
Trying to find an old space opera book set on a planet called Coventry (not the Heinlein story)
24
Novel set on a generational ship with a unique “chess”-like game
7
What book has a war between kingdoms named after colours, including Green?
11
Stranded aliens on Earth set up rescue beacon
13
Need help identifying scifi short story about boy getting lost after unknowingly boarding a spacecraft
10
Sci-fi book series: escape from Earth , brain implants, engineer with stored fixes in his head
25
A spacefaring society had split the military into separate groups of technicians and pilots