What do the stars on Wonder Woman's outfit represent?

After reading about the hubbub over this question, I started to wonder what the stars on Wonder Woman's outfit even stand for. Out if universe I'm assuming they have something to do with her being an American-made hero, but I want the in-universe explanation. I think I read somewhere that she crafted her original costume from an American flag she found, but I can't recall where I saw this.

I couldn't find anything on her Wikipedia or her Database page talking about the meaning behind the design. She was a member of the Star Sapphire Corps, but that was apparently very short lived and I'm unsure of her connection to this group prior to this instance, and their star design differs from WW's, so that might not have affected her look.

So what do the stars on Wonder Woman's outfit represent? 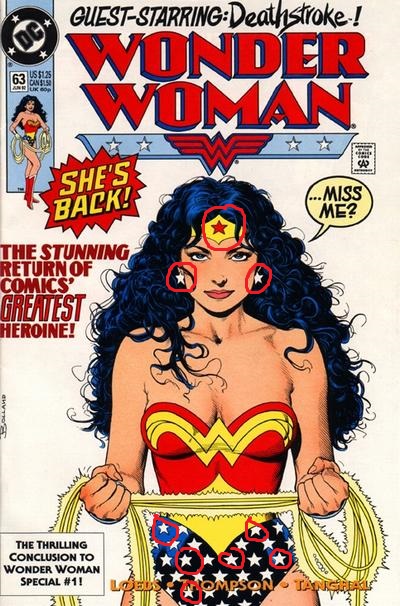 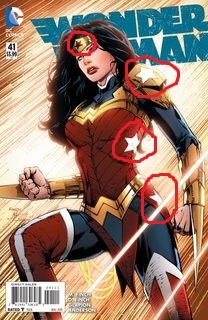 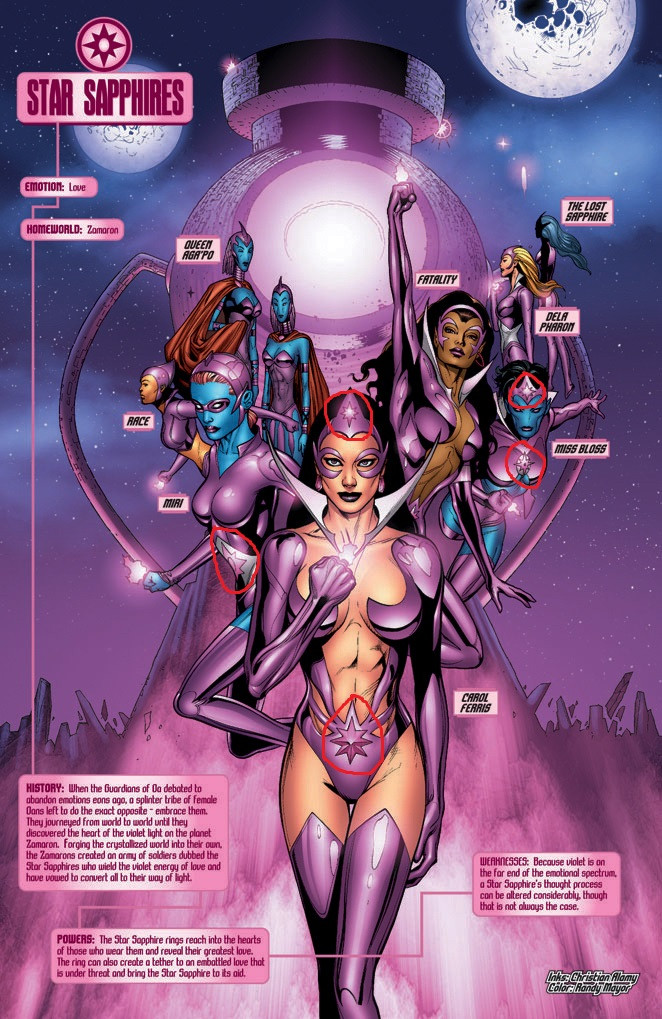 The golden age (Earth-2) and silver age (Earth-1) versions of Wonder Woman provided no in-universe explanation of the similarity between her costume and the US flag (same colors, same color scheme (plus gold), white stars on a blue field).

In the (basically) rebooted universe following Crisis on Infinite Earths, Wonder Woman was reintroduced, and some explanation was given. In Wonder Woman #12 (Vol.2, Jan 1988), we find out that a female air force pilot (circa WWII) crashed on Paradise Island many years ago, and died helping the Amazons in battle. The costume was based on her "standard" (the US flag). She turned out to be Diana Trevor, mother of Steve Trevor (who at least looked like a middle-aged man in this incarnation, and I can't recall being presented as a love interest of any note). And Diana, Wonder Woman, is named for her.

Hippolyta had the Amazons create two sets of battle armor; Diana T. was cremated with one set, the other was saved, and eventually given to - Diana.

Not sure if that survived into the New 52 version (I doubt it, as Steve is back to being a younger possible love interest for Diana).

Not the answer you're looking for? Browse other questions tagged dc history-of wonder-woman costume or ask your own question.

58
Have there ever been 25 or more stars on Wonder Woman's "panties"?